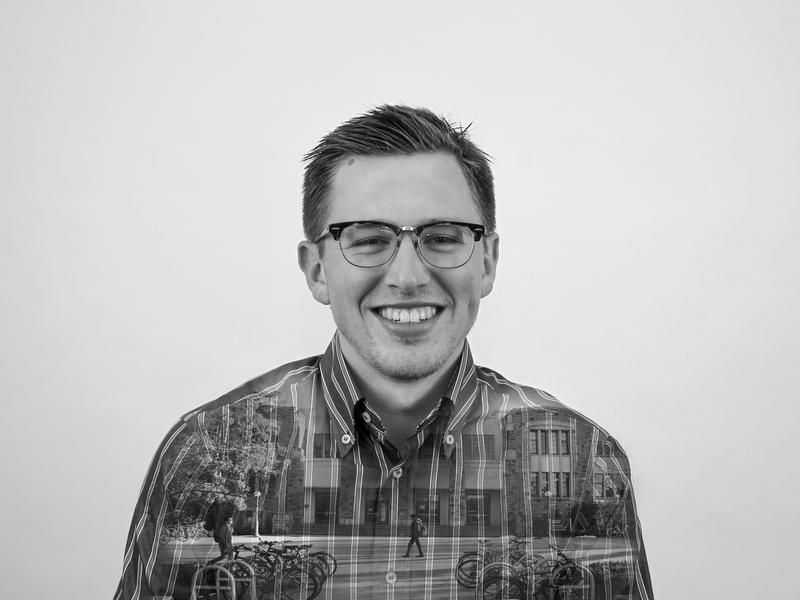 The fourth-year integrated science student and executive director of Kite Vancouver, a non-profit organization that aims to “[change] the way student volunteering is done,” is running on a platform of restructuring the society’s executive team and rebranding AMS services.

He is also running to be a senator-at-large.

Most tangibly, Clarke wants to phase out the VP Administration role to create the VP Student Life & Equity position. Based on his platform, the new portfolio would have a reduced scope of responsibilities that focus on helping clubs and services, improving equity in AMS workplaces and partially overseeing the Nest.

The change would also give the associate VP sustainability, which is currently under the VP Administration portfolio, more independence.

During the Great Debate, Chris Hakim — current AMS VP Administration and fellow presidential hopeful — criticized Clarke for failing to consult him on the proposal. Hakim also noted that the proposal would require significant funding and effort to push through a bylaw change.

Clarke didn’t have time to respond then because candidate Jas Kullar jumped into the conversation, but Clarke confirmed that he did not consult Hakim in a February 26 interview with The Ubyssey.

Clarke said in the same interview he has not read the VP Administration candidates’ platforms, but hopes that the winner would be willing to work with his vision.

When asked how he would maintain transparency while pursuing this goal — his platform states “less time spent in question periods around executives’ updates & presentations at Council” as a key performance indicator — Clarke said the proposed role of VP student life & equity would provide a “direct communication line” with students.

Beyond this focus, Clarke devotes a large section of his presidential platform to rebranding the AMS services – but he clarified that this is mainly a change in advertising instead of operations.

“I think ‘We’ve got your back’ was never something that turned me on about the AMS,” he said.

“‘Know y[our] worth’ is something I think that's really concrete, so my thought is the AMS could have a lot more talk with their services about pushing people in the right direction, which is understanding their self worth.”

He also wants to evaluate current AMS services and improve them by collaborating more with UBC services, pulling from his experience working with the Wellness Centre.

When asked about this during his candidacy interview, he said he would advocate toward keeping tuition and residence fees low, as well as helping to finalize the AMS’s standalone sexual assault policy. He shared similar responses to other policy issues as most of his competitors during debates.

A newcomer to AMS elections, Clarke has also been penalized twice for publishing campaign materials ahead of official time and using unapproved campaigning material.

“I’m coming at this from a slightly more outside perspective,” Clarke said. “… If you look at the candidates, there are current VPs. What I have is something that is completely new.”