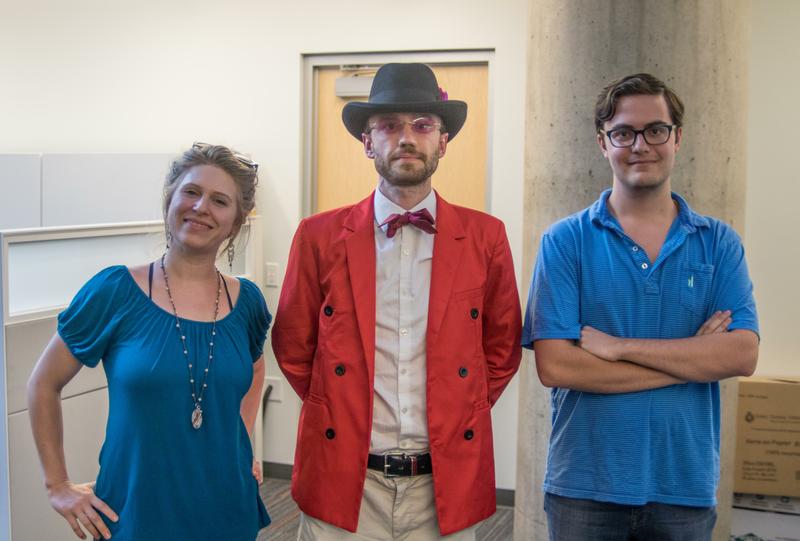 Update Tuesday, September 12, 3 pm: Dana Gaudet has withdrawn from the race, according to her email to The Ubyssey.

Three candidates are running to be the permanent VP Academic and University Affairs (VPAUA) in the upcoming by-election. The winner will replace Jakob Gattinger, who has been the interim VPAUA since July 31 after Daniel Lam resigned.

They are Dana Gaudet, Max Holmes and Franz Kurtzke.

Gaudet, a third-year psychology major, is a recent transfer student to UBC. Outside of the university, she is also the recording secretary for IATSE 891 — the union representing “professional artists and technicians who work in film and television production in BC.”

Holmes, a second-year arts student, is the current associate VPAUA for the AMS. Prior to this role, he was the elections administrator for the 2017 AMS elections.

Kurtzke, a fourth-year philosophy major, has recently caused a stir on campus with his various anti-social justice lettering campaigns over the summer.

The candidates begin their campaigning period on September 12 at 12 a.m. and will meet on September 14 at 5:30 p.m. for the debate.