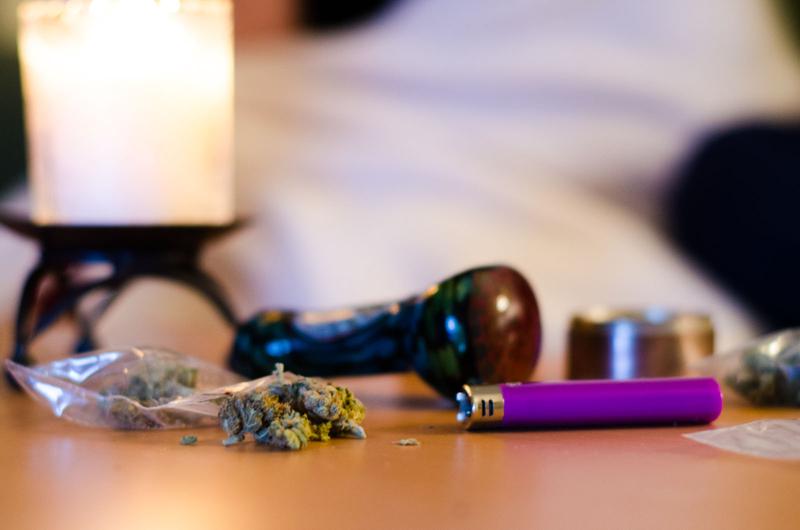 “Medical implications of cannabis have been neglected for far too long.” File Steven Durfee

UBC is introducing Canada’s first ever professorship of cannabis science to investigate the potential role that pot-based research could play in the mitigation of the opioid crisis and other addictive disorders.

The two-year position is being created in partnership with the BC Centre on Substance Use, BC’s Ministry of Mental Health and Addictions and Ontario-based medical cannabis company Canopy Growth Corp.

The professorship will investigate potential applications of cannabinoids as an immediate treatment for opioid addiction and potential substitutes to opioids in treating acute and chronic pain.

“Medical implications of cannabis have been neglected for far too long. We are excited to have the opportunity to be positioned on the frontline of this research,” said Dr. Evan Wood, UBC professor of medicine and director of the BC Centre on Substance Use.

Existing research has indicated that cannabis could play a decisive role in the mitigation of opioid addiction. A 2014 study showed that US states with legal cannabis had 25 per cent fewer deaths resulting from opioid overdoses than states where cannabis was illegal. A companion article published last year in The International Journal of Drug Policy found that of the 271 medicinal cannabis patients surveyed, 63 per cent used pot as a substitute for prescription drugs and 30 per cent used it as a substitute for opiates.

“Whether it’s those articles or the anecdotal experiences from the Downtown Eastside, there’s lots of compelling evidence happening right now,” said Wood.

While professorship would not have been possible without the $2.5 million donation from Canopy Growth, Wood acknowledged that a pot company commissioning a university to research its product may seem unusual. But he stressed that Canopy Growth’s economic and industry interests are separate from the university’s public health interests.

“Nothing in our agreement tells us that we have to consult the company about the nature of research, or use their proprietary strains of cannabis,” he explained. “It’s very much total arm’s length philanthropy.”

The professorship will work alongside the BC Centre on Substance Use, which consists of 200 professionals across 15 UBC faculties. Currently, they have a range social scientists, physicians, addiction medicine scientists and basic scientists working on addiction-related research.

“These are complex issues that do not have simple solutions,” said Wood. “We need as many brilliant minds as possible to get there.”

For students, the opportunity to get involved in this area of research is “now greater than ever,” said Stephanie Lake, president of the Canadian Students for Sensible Drug Policy’s UBC-Vancouver chapter. The student-led organization advocates for evident and informed drug policies that are guided by public health and human rights.

Lake believes that students can play a two-sided role in the future of cannabis science research — as researchers and as the subjects of potential studies.

“I think our current student culture can teach us a lot about the different ranges of the application of the substance,” she said.

“But also, the potential use of cannabis to mitigate the opioid crisis is an emerging area that requires a lot of investigation. There is lots of room for students interested in this area to get involved, and make a change.”

Both Wood and Lake hope that university pot-based research will expand post-legalization.

“This professorship has the potential to host postdoc and grad student research, and undergraduate level electives in the future,” added Wood.

Universities traditionally develop formal structures and professorships around disease-focused research, but this level of interest or funding has never targeted addiction. According to Wood, the implications of addictive disorders and the socioeconomic burdens that they carry have been neglected for far too long.

“Now that UBC hosts ... this professorship, it gives UBC the opportunity to be at the forefront of addressing the longstanding mismatch between the burden of addiction and the lack of investment from universities to help societies get out of this mess.”