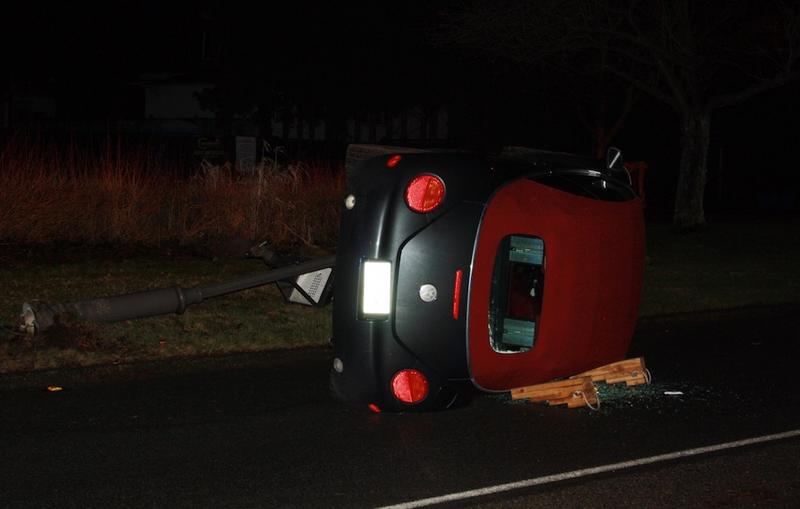 According to UBC RCMP Constable Kevin Ray, alcohol and speed were not a factor. The cause is still being determined at the time of reporting.

The car drove onto a grassy median and hit a nearby light pole before flipping onto its side, according to Ryan Patrick Jones — a Ubyssey staff writer and witness at the scene. The pole was “completely knocked out of its socket and is flat on the ground.”

The driver, who is a female UBC student, didn’t appear to be in need of medical assistance but was visibly shaken, said Jones. She was the only person involved in the crash.

The majority of police and firefighters have left the scene, but westbound traffic from Chancellor Boulevard is still being redirected onto Acadia road.