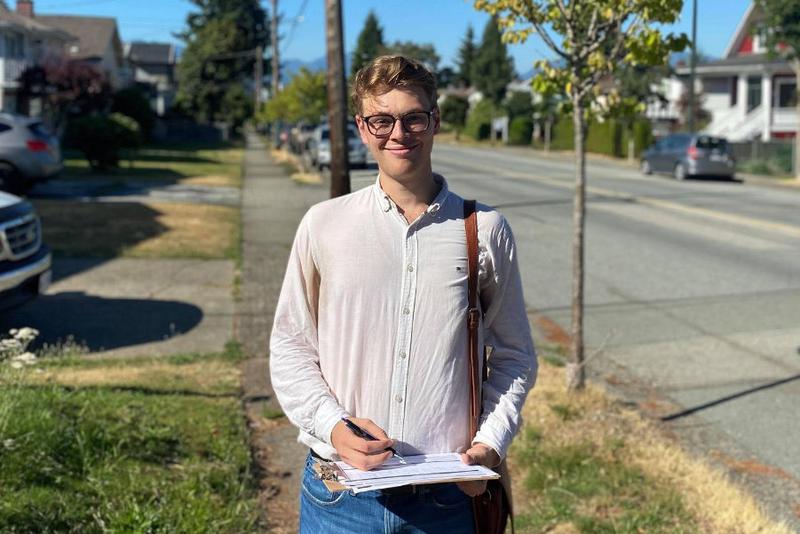 “I may be young, but I have profound experiences," Binda said. Courtesy Carson Binda

“I may be young, but I have profound experiences,” Carson Binda, the Conservative candidate for Vancouver Kingsway, told The Ubyssey.

Binda is a current fourth-year political science student at UBC, and is deeply interested in politics. This interest stems from living in post-conflict societies such as Yemen, Nigeria, Kosovo and more for over a decade. He has also served in the Canadian military as a troop leader in the 15 Field Artillery Regiment and as a logistics officer.

Living in different countries and seeing the mismanagement of the military played a factor in pushing Binda towards the Conservative Party.

When asked about his campaign, Binda said that the country needs to rebuild as a result of COVID-19. If elected, Binda said that his top priorities would be delivering jobs for Canadians, restoring public finances and addressing mental health affected by the pandemic.

“Millions of jobs have been lost during this pandemic, and Canada won't be able to recover unless we are able to get people back to work, get our economy back rolling,” he said. The Conservative Party has promised to help recover 1 million jobs lost in the pandemic.

He also wants to create strategic stockpiles of personal protective equipment, balance the federal budget over the next decade and enact anti-corruption laws.

He also expressed concerns about the mental health of Canadians.

“Too many Canadians have had their mental health really suffer during this pandemic. And we need to make sure that there is strong recovery potential for everyone,” he said.

As a student himself, Binda is familiar with the issues faced by students, such as housing, and hopes to combat the problem of affordability.

“I think being a current student has helped to really drive home the importance of affordability to me. You know, we talk about housing, we talk about cost of living, but these are issues that as a student, I have to engage with each and every day,” he said.

When asked about the advantages of being a student candidate, Binda said his youth, excitement and dedication were a few positives. He also cited his ability to connect with other students, which the older candidates may not be able to do.

However, at the same time, he also said that his youth was a disadvantage. “People have a hard time taking students seriously ... and that's something I'm fighting to change,” he said.

Ultimately, Binda believes that he and the Conservatives, who have been connecting with constituents, will bring along the changes they have promised.

“This election is about important issues. It's about the future of Canada,” Binda said.