From class of ’73 alum to chancellor, Lindsay Gordon reflects on his six-year term at UBC 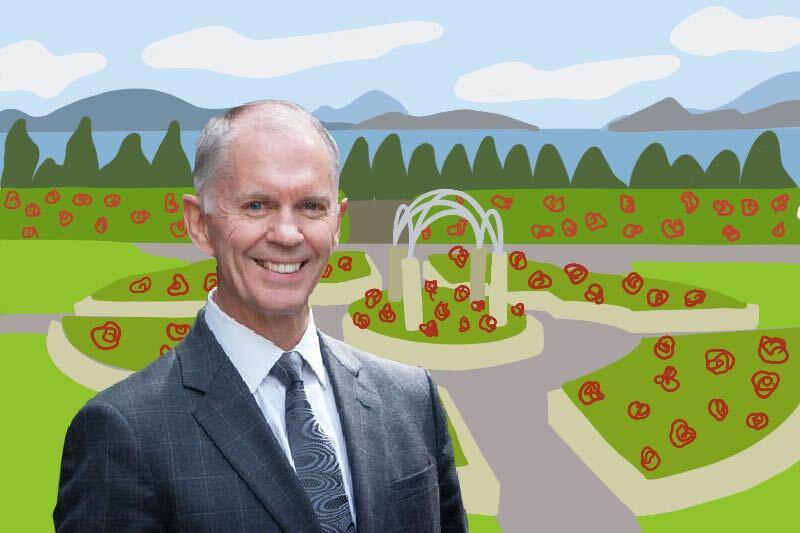 “The only regrets I have is one: that [this] is coming to an end.” Lua Presidio

UBC Chancellor Lindsay Gordon’s term holding one of the most senior positions at his own alma mater is coming to a close.

Chancellor Gordon describes his role at the university as the “volunteer-in-chief.” Working alongside the Board of Governors (BoG) chair and the university’s president, he sees the chancellor as having four main roles: presiding over convocation, acting as a voting member of key governing bodies, acting as an ambassador for the university and being a sounding board for the president.

“One of the things to be chancellor, I think you have to have a passion for the institution. And my history goes back a long way with UBC,” said Gordon.

The chancellor, whose tenure began July 1, 2014, is ending his second and final three-year term in June. He came from England to UBC on a $2,000 bursary in 1970 where he did a degree in economics, then an MBA. He also met his wife at UBC, and when he moved back to Vancouver around 16 years ago, he gradually became more and more involved with the university.

“Back in 1970, that paid for everything: tuition, room and board, a little bit of money left over for beer,” Gordon said. “You can imagine today. It’s expensive. And so … [financial aid]’s certainly something that’s very close to my heart.”

Eventually, that involvement, coupled with a passion for student financial aid, led to his co-chairing the most recent capital campaign called ‘start an evolution’ — even before he became chancellor.

So when he was asked to take on the chancellor role in 2014, he didn’t hesitate to say yes.

“I feel I owe a great debt of gratitude to UBC,” he said. “Anything I’ve managed to achieve in life, I credit [to] my time at UBC.”

According to Heather McCaw, UBC’s VP development and alumni engagement, Gordon has been a “committed” advocate in his time as chancellor and in his involvement with fundraising. Besides co-chairing the start an evolution campaign, he was also one of the driving forces behind the Blue and Gold campaign, with the goal of increasing student aid.

“[The chancellor] would give us strategic advice [on the start an evolution campaign], and be an advocate, be a champion and be the senior-most representative of the university,” said McCaw. “He and his wife have been incredibly generous with their time. They’re both passionate champions of UBC and all things UBC.”

As chancellor, Gordon is most visible while presiding over convocation. He attends almost every single one, and although he did admit that it can be “the most physically demanding part of the role,” it’s also one of the most fulfilling.

“It’s a very happy, joyful event so there’s great motivation seeing the students walking across the stage to receive their degrees … so we always rise to the occasion,” he said.

The chancellor is not simply a ceremonial role — Gordon is also a voting member of all the main governing bodies at UBC: the BoG, both the Vancouver and Okanagan Senates and the Alumni Association Board of Directors.

Jeanie Malone, who has served as a student governor for the past three years with Gordon, believes that his experience running institutions like HSBC has been invaluable in Board meetings.

“I find Lindsay is definitely one of the smartest people in the room at the Board,” she said. “… Lindsay is usually someone who can get to the heart of an issue really quickly.”

His interest in student issues also means that he reads The Ubyssey “a lot,” according to Malone, and Gordon will often bring up articles at BoG. For instance, he raised the issue of food insecurity after reading a Ubyssey feature on the topic, a discussion that Malone said eventually led to the creation of a Food Insecurity Action Team.

“He essentially asked … ‘Hey, the children should eat … What is happening? What are you doing?’” said Malone. “And we didn’t really have a satisfactory answer because the university doesn’t do that much around food insecurity right now.”

With that voting power has come a fair amount of controversy. When Gordon was up for reappointment the first time in 2017, the Faculty Association and philosophy Professor Alan Richardson both wrote letters to the Board asking it not to reappoint Gordon after his involvement with events surrounding the resignation of former UBC President Arvind Gupta and an alleged breach in the academic freedom of a faculty member.

Despite faculty outcry, Gordon was unanimously reappointed as chancellor by the Board, and he believes that both he and the university have learned valuable lessons from that tumultuous period.

“You never waste a crisis,” he said. “While I believe the decision was absolutely the right decision, the process definitely could have been better … I think the principal learning was about improving and strengthening the governance at the university.”

As evidence that UBC governance is “far stronger today than it was six years ago,” Gordon cited much-improved induction training for new governors that includes the importance of academic freedom, as well as an external review of governance practices and a “thorough” review of policy GA8, formerly known as policy 93, which governs open, closed and in camera meetings at BoG.

After a life in the business community — he retired as the president and CEO of HSBC Canada in 2013 — being the chancellor has been an “enriching experience” for Gordon.

“Coming to the university, where there’s such a diversity of stakeholders [and] diversity of views, has exposed me to points of view that typically I would not have been exposed to,” he said.

“The only regrets I have is one: that [this] is coming to an end.”