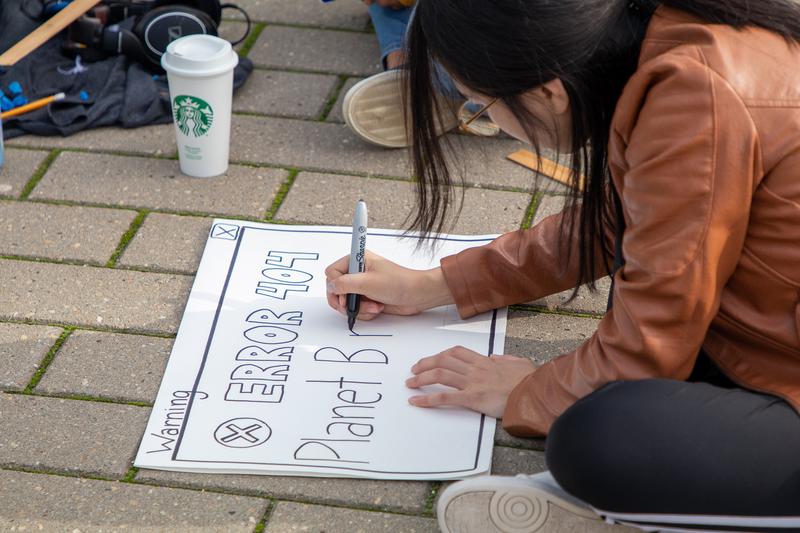 A student makes a sign at a session organized by UBCC350. Zubair Hirji

In preparation for their strike this Friday, student groups on campus signed an open letter and are creating protest signs urging UBC to commit to action on the climate crisis.

At 11 a.m., students will gather outside the Nest for the UBC Climate Strike, a mass protest advocating for political and societal climate action inspired by the “School Strike for Climate” of 16-year-old Swedish environmental activist Greta Thunberg. The UBC event is hosted by multiple student organizations including UBCC350, Climate Hub, The Social Justice Centre and more.

At the time of publication, over 2,300 people have responded “going” on the strike’s Facebook page, and it will be followed by a city-wide event outside of Vancouver City Hall from 1 to 5 p.m.

The open letter, which was disseminated online via Google form, explains the severity of the climate crisis and what the university can do about it.

“... we call on UBC to declare a Climate Emergency, while recognizing that a state of emergency has been experienced for decades by many communities around the world,” reads the letter.

The letter has four demands, including expanding climate education and divestment from fossil fuels. They also demanded that the university take responsibility for scope 3 emissions, which refers to emissions caused by non-direct sources like commuting, air travel and changes in land use.

“The thing with climate change is it’s not a single issue,” said Michelle Marcus, one of the organizers of the strike and a member of UBCC350, which co-wrote the letter. “It intersects with everything — with health, with human rights, with justice.”

Marcus said that the open letter has over 900 signatures already, and it will continue to collect signatures before, during and after the strike. One of those signers is the AMS, which hopes the strike will activate student voters before the Canadian federal election on October 21.

“[The AMS is] very excited to see students, faculty and staff mobilize on this and ensure that climate change remains a number-one topic in this upcoming [federal] election,” said AMS President Chris Hakim.

The political implications of the strike and letter also hold importance for Dr. Gastón Gordillo of the anthropology department, one of the first departments to lend its support to the strike.

“Activism becomes an absolutely crucial dimension to how we can contribute to change in the status quo,” Gordillo said.

He added that the university’s refusal to divest is a product of that status quo.

“This very slow, very cautious and self-congratulating narrative that the UBC administration has been pushing — I find that more and more frustrating,” he said.

UBCC350 member Rachel Cheang agreed, in part due to President Santa Ono’s response that UBC will not be cancelling classes for the strike even though many individual professors and departments have.

“Personally, I am very, very disappointed,” Cheang said. “What President Santa Ono has been saying about UBC being a leader in sustainability does not align with his statement.”

But alongside this dissatisfaction exists determination. 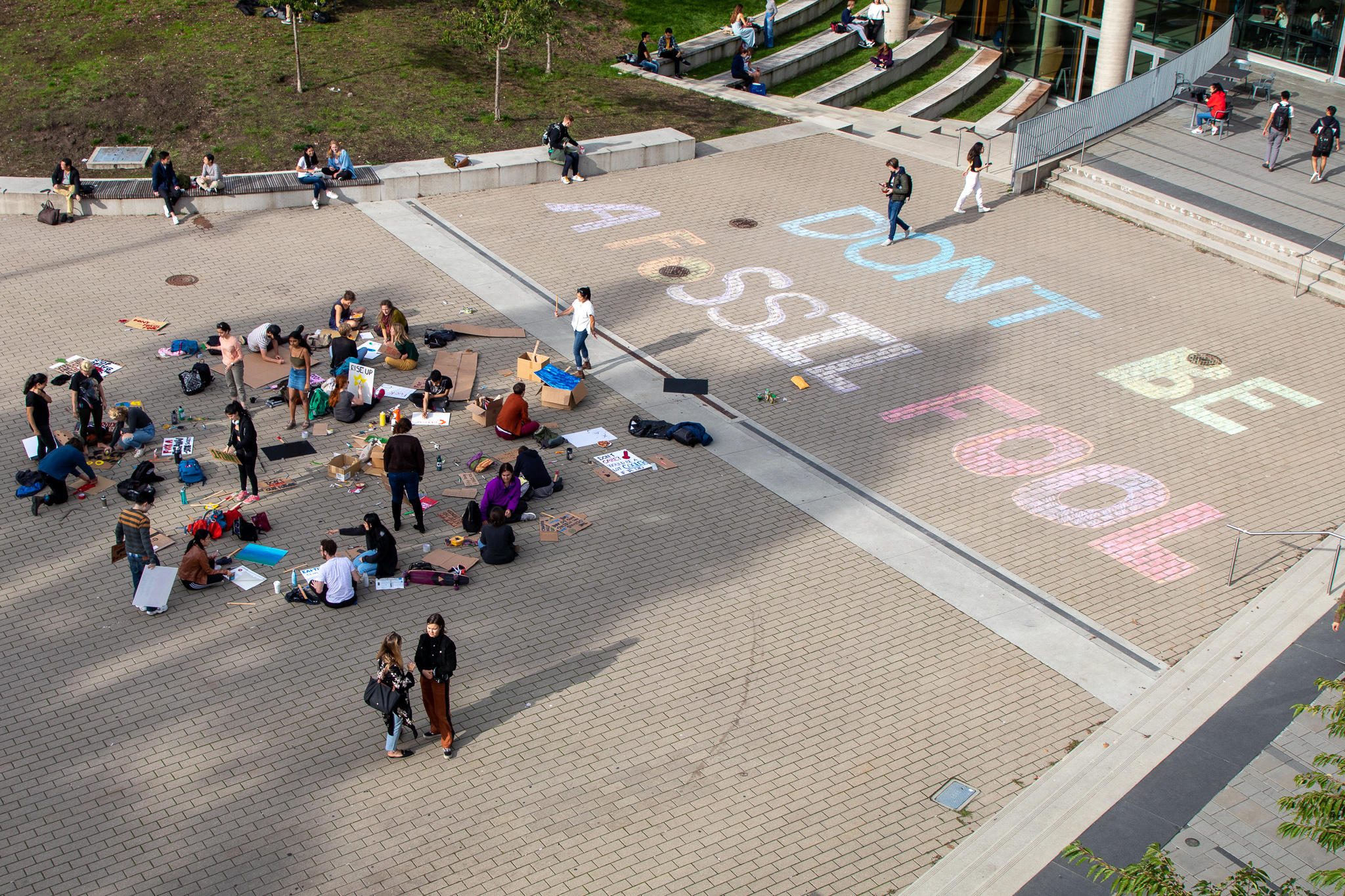 UBCC350 held a sign-making session on Tuesday afternoon outside the Nest. Zubair Hirji

UBCC350 and other clubs are leading sign-making sessions outside the Nest and in residences every day before the strike, and several academic departments are hosting their own. An aspirational attitude is written into the open letter itself: “We also strike because we are hopeful.”

“As a relatively quiet person, I am consistently blown away by the power of speaking up and sharing your story and your voice,” said Liam Orme, a recent UBC graduate and the coordinator of the UBC Climate Hub. “Younger generations are feeling this stress looming in their future, so it’s something that I think a lot of people can identify with.”

Given that thousands of students are expected to attend, Marcus said that UBCC350 will have student volunteers working as bike and bus marshalls to aid with crowd control and the strike’s eventual move from the Nest to Vancouver City Hall.

To Cheang, the potential size of the crowd reflects a hunger for change.

“I think the numbers show that there’s a growing momentum of support,” she said. “It is time for us, not just as students and as youth, but citizens, to step up and take our voices to the streets.”

UBCC350 member Rachel Cheang is an illustration contributor to The Ubyssey.