At Common Energy event, students discuss the challenges of transitioning to clean energy 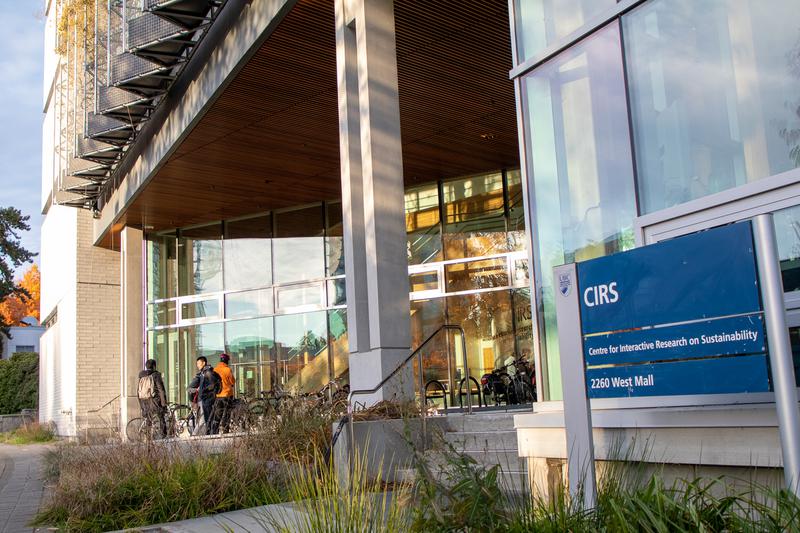 “I think it’s really important to look at the science … but the reason why that actually has an impact is because it’s affecting the lives of everyday people.” Zubair Hirji

At last night’s Common Energy event UBC students discussed what climate justice may look like for different stakeholders as society shifts away from fossil fuels.

The talk, titled Imagining a Just Energy Transition for All, took place at the Centre for Interactive Research on Sustainability and featured a presentation from PhD student Sandeep Pai followed by group discussion.

“I think this event is really interesting for students who don’t really have any expertise or knowledge about energy systems or even about climate change … just to help them understand how it affects everyday people,” said Marisha Boyd, a third-year neuroscience student and Common Energy member who helped organize the event.

“I think it’s really important to look at the science … but the reason why that actually has an impact is because it’s affecting the lives of everyday people.”

Managing ‘the winners and the losers’

Pai, the night’s speaker, is a researcher at UBC’s Institute for Resources, Environment and Sustainability. He gave a brief history of past energy transitions such as the shifts from burning wood to coal and more recently, oil.

While earlier transitions took place due to resource scarcity, he noted that today’s transition away from fossil fuels is “purely environmentally driven.”

But despite movements pushing for renewable energy, many countries, particularly in Asia, continue to rely on coal.

“Coal is an important fuel [and] it’s a cheap fuel,” said Pai. “But that dynamic is changing.”

This change isn’t without challenges. Renewables including solar and wind power face intermittent down periods. Certain transportation infrastructures like airplanes can’t yet run on alternative energy. Industries such as steel would have difficulties running without coal.

The main obstacle, Pai explained, is resistance from those who earn their livelihoods in the fossil fuel industry.

Pai used the example of Jharia, a town in the Jharkhand province of India where he said half of its population are coal industry employees.

Due to “unscientific coal mining,” the coal pocket beneath the city has burned for hundreds of years, wreaking havoc on houses located on ground rendered unstable by the flames.

But economically, its residents are having trouble ditching coal.

“They don’t love the industry, but this is what they have,” he said.

Closer to home, Pai explained how politicians such as Andrew Scheer have framed transitioning away from coal as taking away jobs from those in the industry.

“How do you manage the winners and losers of [the] transition?” said Pai.

Complex solutions for a complex problem

“I don't think anything surprised me,” said Williams. “But I think that I got … clear evidence of how difficult the transition to more renewable energy sources is going to be if it’s even possible because of the amount of people that are so dependent on it.”

The event moved on to its workshop portion, where attendees brainstormed the transition’s potential influences on various stakeholders from oil workers directly impacted to farmers whose equipment relies on fossil fuels. Participants outlined how the change would look, listing possible barriers that stakeholders must overcome before reaching their ideal role in 2050.

“Getting together in groups and just creating ideas, coming up with solutions has in fact proven … on many occasions, to be a great way to generate new ideas that the government can then work on,” said second-year environment and sustainability major Daniel Tan, another Common Energy member.

Tan and Boyd said the event’s goal was to complicate the challenge of an energy transition.

“If we can impress on to [participants] the fact that the situation’s incredibly, incredibly complex and have them go home and really think about the issue — the root of it, how difficult is to transition — I think that would be a great win already,” said Tan.

“[I] want everyone to have trouble sleeping tonight because they’re so focused on energy transition and the [climate] crisis — but in the best way possible,” Boyd added.