'A reminder for the rest of UBC': trans, gender-diverse community members speak on significance of Transgender Awareness Week 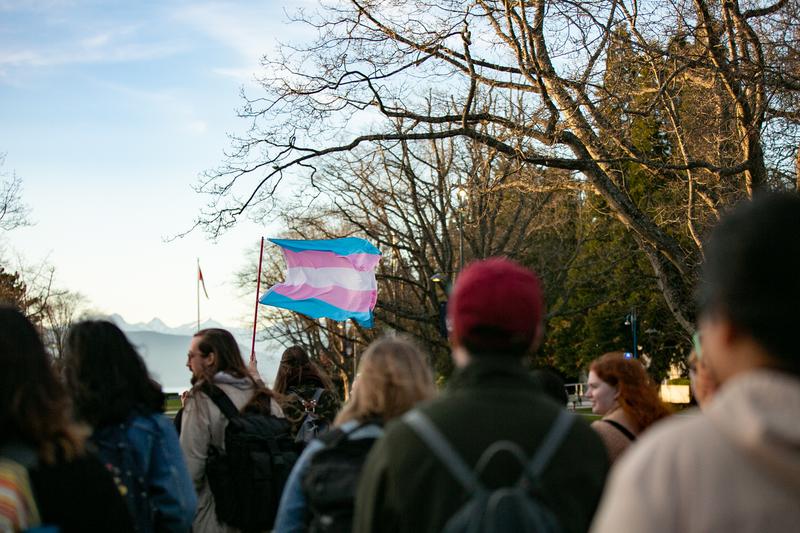 "It is easy to forget that transgender people did not live this reality because of the way the world is progressing." File Isabella Falsetti

This past week was Transgender Awareness Week leading up to today’s Transgender Day of Remembrance. The Ubyssey talked to UBC community members about the significance of this week and day.

For Darcy Bandeen, a fourth-year faculty of arts student and co-author of the UBC Trans and Non-Binary Student Guide, UBC’s observance of Transgender Awareness Week is rooted in instances of transphobia on campus. They pointed to an October 2018 event hosted by the UBC Students for Freedom of Expression club — who are unaffiliated with the university — where Ben Shapiro, a right-wing commentator known for his transphobic and conservative views, was set to speak. The event was eventually cancelled by UBC.

For trans student Jasper Berehulke, this transphobia is an important part of Transgender Awareness Week.

“It is easy to forget that transgender people did not live this reality because of the way the world is progressing … [Transgender Awareness Week] is a reminder for the rest of UBC that someone you sit next to in class could suddenly be gone due to violence and transphobia,” he said.

According to Trans Murder Monitoring, a worldwide research project, 375 trans and gender-diverse people have been reported murdered between October 2020 and September 2021, with a majority being Black and migrant trans women of colour.

Student groups at UBC have organized events to commemorate this week. Gears & Queers held an event painting the Engineering Cairn on Wednesday and the Pride Collective and The Haven co-organized a fire and vigil event at the UBC Farm on Friday.

UBC also has created a Trans, Two-Spirit and Gender Diversity task force to provide “strategic direction to UBC’s senior leadership in the area of gender identity, gender expression and human rights,” according to the task force’s website.

“It’s fair to say that we are putting a lot of resources and efforts into making sure we do this right … We don’t build buildings without gender neutral washrooms anymore. That’s a big step for institutions,” said Dr. Janice Stewart, a senior instructor at the Institute of Gender, Race, Sexuality and Social Justice and a co-chair of the task force.

Bandeen emphasized that it’s important for allies to educate themselves beyond this week.

“[It’s about] critically engaging with the media out there and the narratives that they have about trans people [by] addressing [one’s] own sense of privilege that they hold and might not even know that they have,” they said.

UBC’s 'Beyond the Binary’ series: https://equity.ubc.ca/resources/gender-diversity/