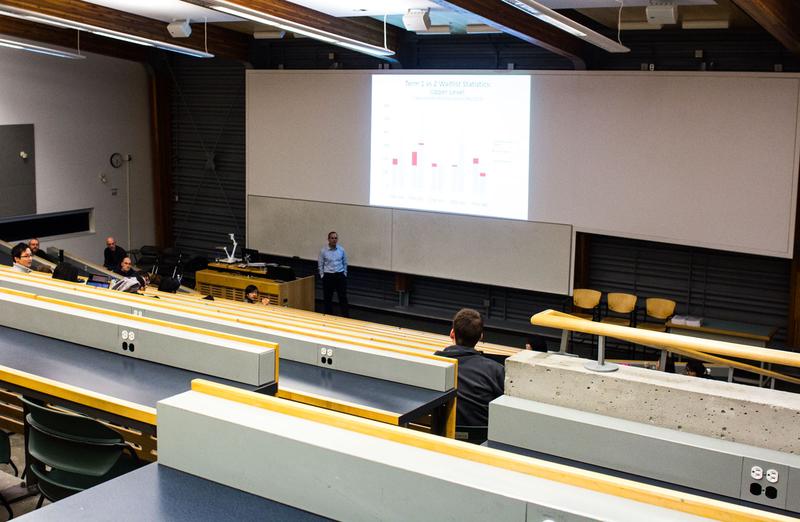 According to the Waitlist Open Forum that was held on Friday, the computer science (CPSC) department’s waitlist situation has improved.

After peaking with hundreds of students, most waitlists have now shrunk significantly and are made up of mostly non-majoring students. In particular, CPSC 310 has reduced its waitlist to 16 non-majors, from a combined 256 major and non-major students.

The only course left with a comparatively long waitlist is CPSC 410 due to the department’s prioritization of resources for CPSC 310, the major’s requirement.

This improvement could be attributed to the fact that while challenges remain unchanged since the September Waitlist Open Forum, the department’s solutions have become more proactive.

As presented regarding waitlist management, “[the department has] started processing waitlists earlier and moving students more frequently, [which means] daily or sometimes twice a day this week. If a student did not make it to a course in term one, there is also a memory of this in the waitlist management system.”

The number of sections, instructors and supporting staff, as well as the size of rooms, have also been expanded. For instance, the department “has hired four sessionals [since September]” and “a new lecturer ... in addition to three sessionals or post-doc teaching positions [that it] had previously hired.” Six new teaching positions have also been advertised this year according to Chen Greif, the head of the department.

Overall, this update about the waitlist situation seems to be well-received by students. Emmanuel Sales, a second-year student, expressed that he was “kind of impressed” by it.

“[While] waitlists are still a huge issue, it’s relieving to know [that] we’re in the hands of people who are committed to solutions and to the students,” said Madi Graf, another second-year student.

According to Ian Mitchell, the department’s associate head for undergraduate affairs, the investigation is most likely to conclude over this weekend and a report will be generated. When asked if this report will be made public, Greif replied in an emailed statement that “[he] will decide on the next steps based on [Mitchell]’s findings.”

On the other hand, grades have been released. While there are mainly expressions of relief, some students and members of r/UBC at large also question the basis for the section’s high average in a subthread called “CPSC 213 MARKS ARE OUT.” One Reddit user suggests that 40 per cent of the class got 85 per cent or higher.

“I’m happy [that the department was] transparent about the situation and that they didn’t try to paint it as something better than what it was,” said Graf. “I just hope they are as transparent regarding any decisions, including reprimand, that come out of the investigation.”