The COVID-19 vaccination rate for 50+ at UBC is slightly lower than in other areas. Why? 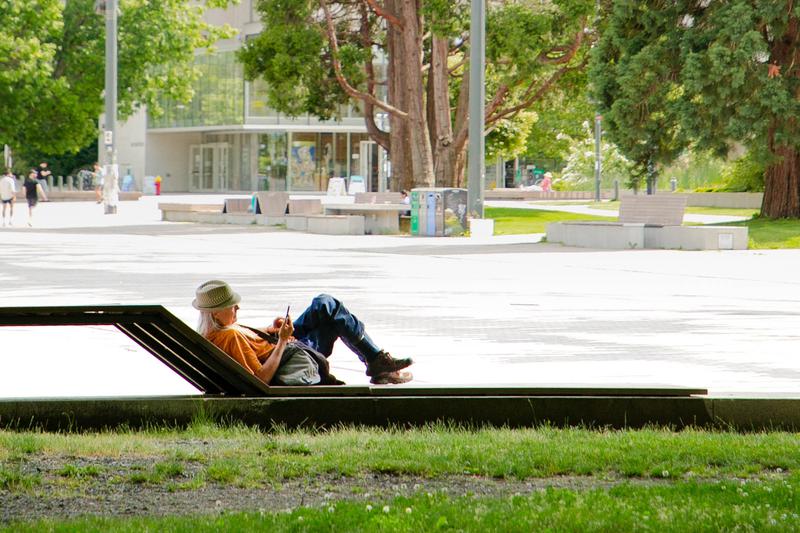 The 50+ population around the UBC campus area has a vaccination rate of 80 per cent. Isabella Falsetti

The vaccination rate for the 50+ crowd at UBC is lagging slightly behind surrounding areas according to neighbourhood-level vaccination figures.

According to the BCCDC COVID-19 Surveillance Dashboard, the 50+ population around the UBC campus area has a vaccination rate of 81 per cent as of publishing, three to eight per cent below the vaccination rate in surrounding neighbourhoods.

Estimates were obtained from individuals with at least one dose of a COVID-19 vaccine.

Vancouver Coastal Health called the vaccination of older age groups at UBC “comparable” to coverage in other neighbourhoods, but experts noted the slight difference.

“If you look at the 50+ population, they have had access and availability for vaccines for a very long time now,” said Dr. Sally Otto, a Killam professor in the UBC department of zoology and member of the BC COVID-19 Modelling Group. “Among the 50+ year olds, we’re at the bottom, ranked 16th or so out of a 120 [areas].”

We spoke to some experts on why this may be occurring.

Otto suggested that awareness around vaccination efforts might be playing a role in this discrepancy.

“I’m not sure how much campaigning … or community work there’s been around campus, especially among residents,” said Otto. “It might not be known … that [people] are eligible for free vaccines.”

Dr. Julie Bettinger, professor of pediatrics and investigator at the Vaccine Evaluation Centre at BC Children's Hospital, noted the possibility of language and communication barriers being an issue, with UBC having a culturally and linguistically diverse resident population.

“If you’re not a Canadian permanent resident or citizen, it may be unclear whether or not you are eligible for the vaccine,” she said. “There’s been a requirement to have a health card number until recently.”

“[Some] might not be plugged into the same news sources that other people are,” she added.

Otto emphasized the need to have accessible, convenient vaccination sites.

“One of the changes that you can make to really increase vaccination rates is just to make it easy,” she said.

UBC has had an on-campus vaccine clinic in the Pharmaceutical Science building since early April, albeit with a brief closure in May. Bettinger stressed the importance of increasing awareness of the UBC clinic as an accessible location for vaccination. Vaccines have also been available from pharmacies around campus and in nearby areas.

Bettinger pointed to the relative complexity of the registration process as playing a role.

“[People] may have even tried to get it ... it can be quite complicated [to register] particularly if you’re not internet-savvy … and I don’t know if the message is out there that people can just drop in.”

Otto also pointed out the possibility of lower numbers of adults 80+ in comparison to adjoining areas leading to lower overall vaccination rates.

Bettinger described this as neighbouring areas having greater numbers of adults 80+ amongst the 50+ bracket. “The 80 and 90 year olds being offered the vaccine much sooner than the 50 year olds” may have contributed to a higher overall vaccination rate in surrounding neighbourhoods, said Bettinger.

Bettinger described hesitancy around vaccines to not be playing a significant role, noting a vaccination rate of 81 per cent to still be quite high.

In BC, the number of first-dose vaccinated individuals has been starting to seemingly taper off since early June, something Otto described as expected.

“They’re going to have to just make it a part of people’s everyday lives to get to that last quarter,” said Otto.

In line with provincial health orders, UBC has also factored in and encouraged — but not mandated — vaccination as part of its campus return plan.

Bettinger described current public health efforts as being quite efficacious, with the maximization of access and ease of vaccination being a crucial issue for agencies as vaccination rates slow in their growth.

“80 per cent is great … 90 per cent is going to be even better with the Delta variant ... but I’m thrilled that we have 80 per cent of people taking it,” she added, emphasizing the need to communicate the issues of transmission and severity of symptoms.

“I hope that [people 50+ who haven’t gotten a vaccine] go out and get it and I hope we can make it easy for them to figure out how to do that,” she said.