Clarke was absent at the debate.

The overwhelming number of candidates resulted in some candidates, Moradi and Ty, only speaking during their delegated sections and not participating in the open debate periods. Those who knew more about the issues — mainly Burnham, Holmes and Pang — spoke the most, and those who seemed to know less stayed quiet.

Answering the question proved to be a challenge for some candidates. As they moved down the line, many shifted towards discussing why we should have a fall reading break without explaining why it’s not here yet. Hakim, Ho and Quadre emphasized the mental health benefits of a break, while only barely touching on strategies to actually implement one.

Burnham pointed to the limited terms for student senators as part of the problem. “I think the new direction we need to be focusing on to bridge this gap is to really be lobbying the faculty and staff,” she said. “We’ve done sufficient consultation with students.” 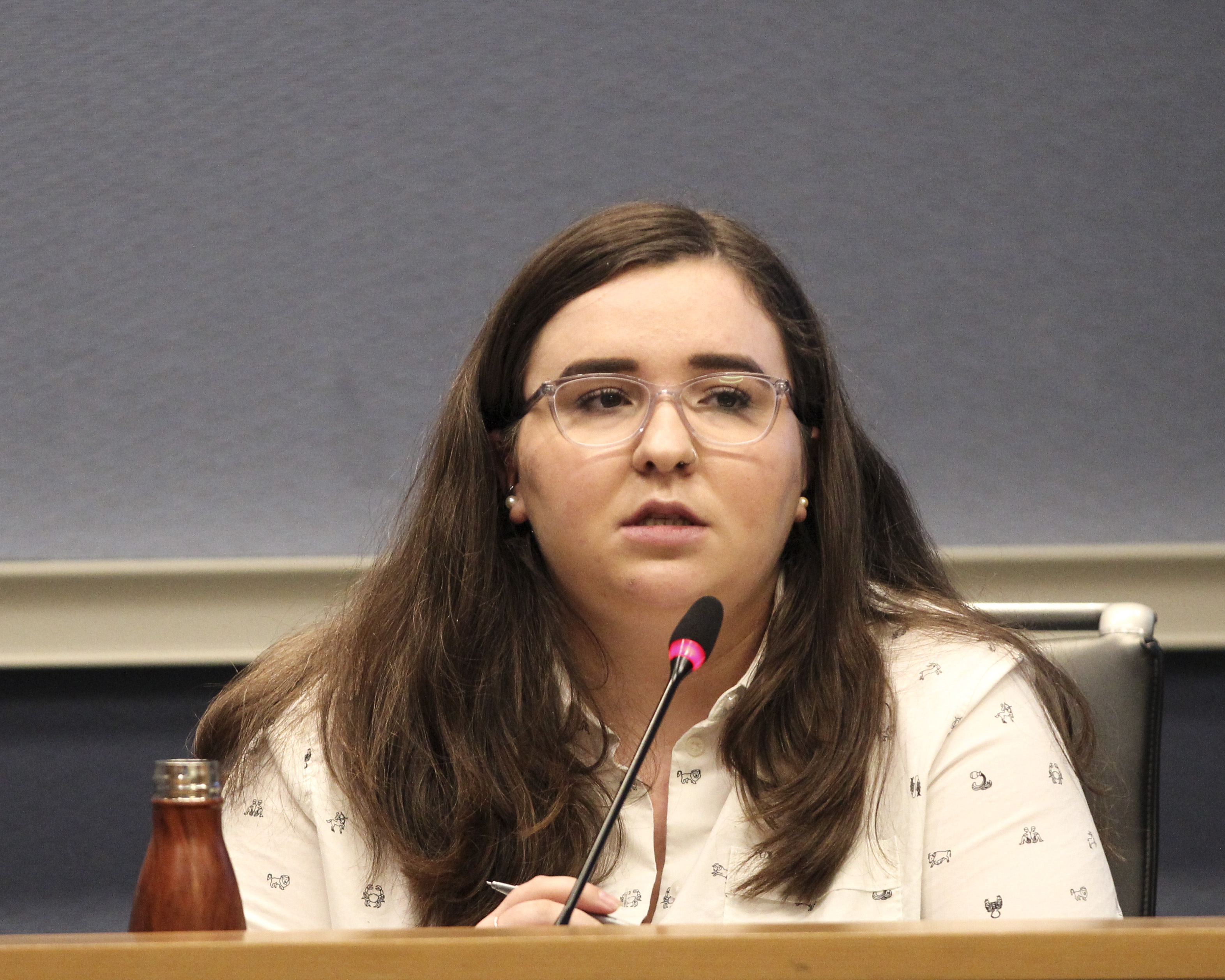 But Chai and Pang pointed to the issues with particular faculties and their credit requirements, specifically the engineers, indicating that sufficient consultation has actually not been completed.

“Because we’ve been working for so long, their voices really need to be considered. I don’t think it’s right to have a fall reading break without engineering students or without other professional groups,” Pang said.

The second question inquired about the most important issue the Academic Policy Committee is working on.

Answers were split between fall reading break and the academic concessions policy, which both hinged on mental health.

“We need to understand that mental health and other issues are a reason for a concession to be placed,” Hakim said, with Quadre reiterating his point. 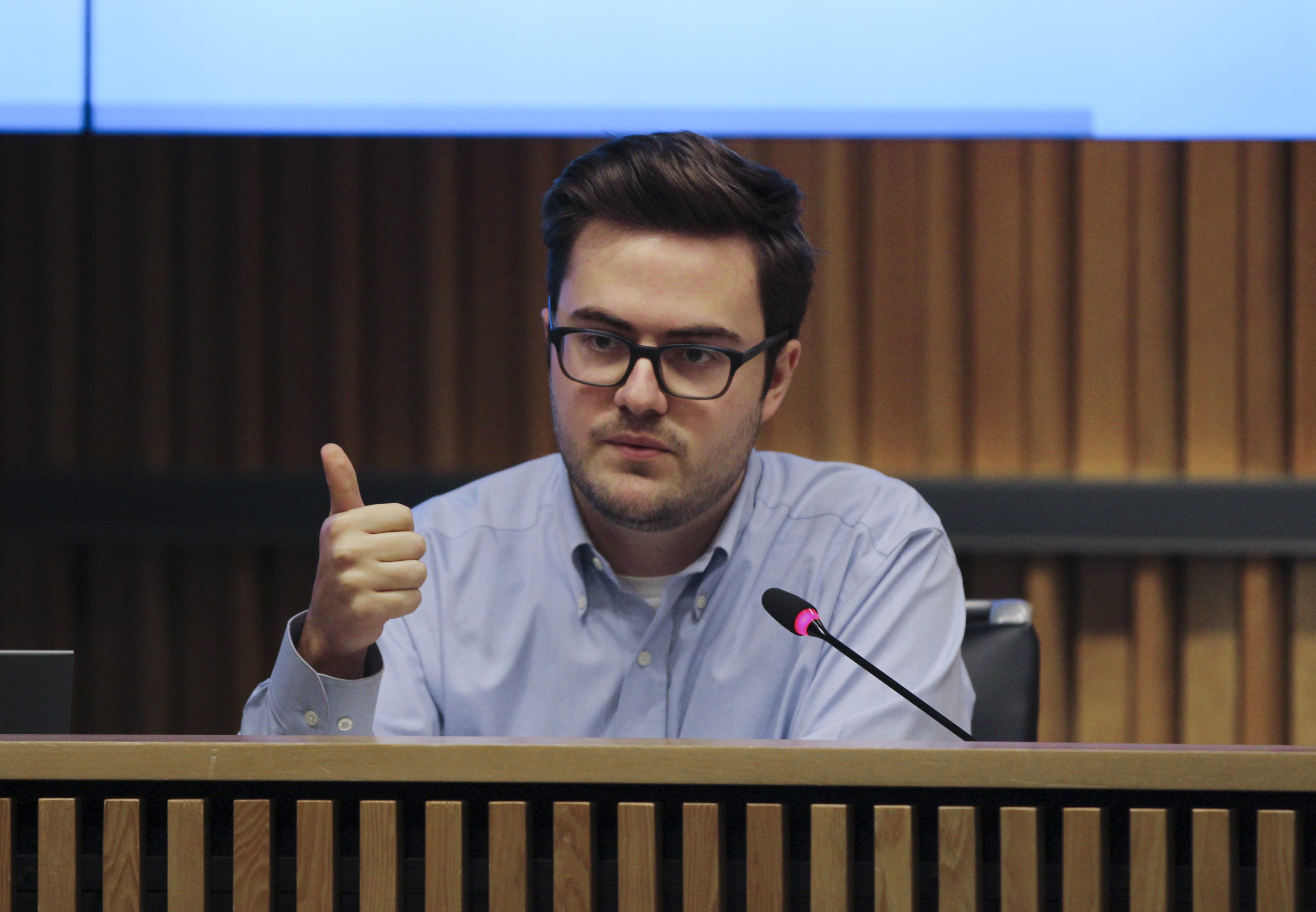 But Holmes, the current VPAUA, shot down proposals on academic concessions policy in the debate section, reminding candidates that a vote on the review will likely occur in May, the first meeting that new senators would attend.

“We’ve put together a working group that’s reviewed this, it’s out for consultation right now, and this will most likely come for approval in the May Senate meeting,” Holmes said. “There’s very little you can do for the policy at that point.”

Notably, Ho did not have an immediate answer to the question. After staying quiet for half of his allotted answering time, he said, “I feel I need to look into this more” and repeated some of the already-stated answers.

A discussion on UBC’s capacity and space constraints rounded out the questions.

Many candidates echoed the importance of student consultation on this issue, but very few provided a wholesome answer to the question of how to remedy this issue. Quadre vaguely said that there isn’t just one solution, and Moradi suggested using data of how many people are connected to WiFi to see if buildings are being overused (something UBC already does). 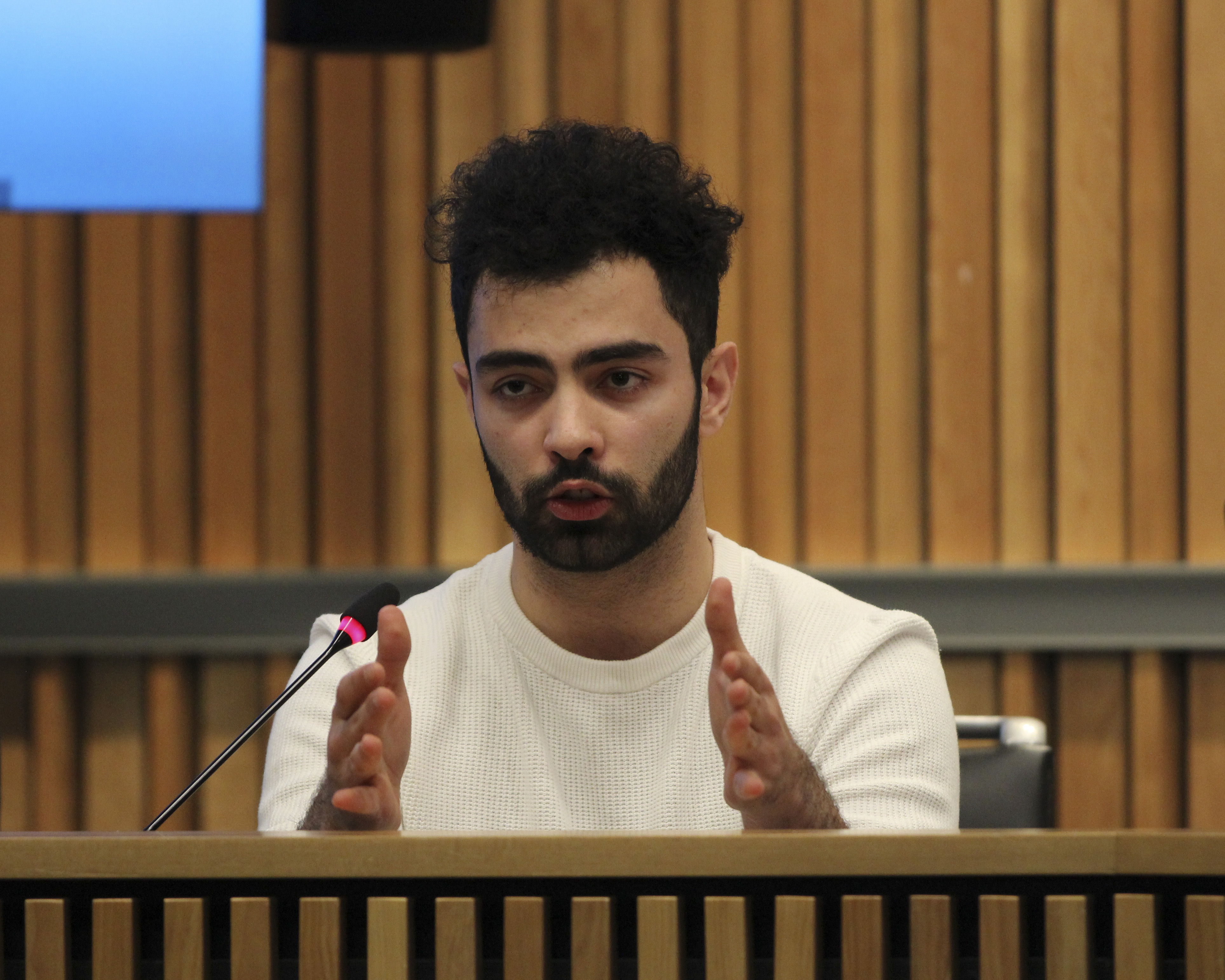 Moradi suggested using data of how many people are connected to WiFi to see if buildings are being overused (something UBC already does). Elizabeth Wang

Holmes gave a lesson in causation, citing the university's lack of a “long-term enrolment plan” as well as increase in international student enrolment as the culprit of the lack of space — but he didn’t provide a tangible solution or explain how he’d approach it.

Burnham and Ho mentioned their own personal experiences regarding accessing mental health services, stressing those spaces should be a priority. “Prioritizing those well-being services would be key,” Burnham said.

However, Pang, who has previously sat on the Academic Buildings Committee, pointed to a lack of modern classroom infrastructure and the classroom scheduling system. “By improving the scheduling system, we can use our classrooms to greater capacity,” Pang said.

Holmes responded highlighting one of Pang’s platform positions, implementing lecture capture, the idea of having all lectures recorded and posted online.

Sustainability regarding space constraints was only minimally mentioned by candidate Julia Chai. “We need to make sure that [new buildings are] sustainable for long-term implementations,” she said.

In the last minutes of the debate, candidates slipped in many ideas not discussed in the main debate, and incumbent Senators Pang and Holmes stressed their experience working on Senate in previous years.

Ty encouraged students to educate themselves further than just watching the debate. “This is probably not the best way to get to know most of us, so I encourage you to look up all our platforms to find up more and to engage with us beyond this,” he concluded.

The Great Debate will be held in the Nest’s atrium on Friday, March 1 at 4 p.m.

This article has been updated to clarify the Great Debate’s location.