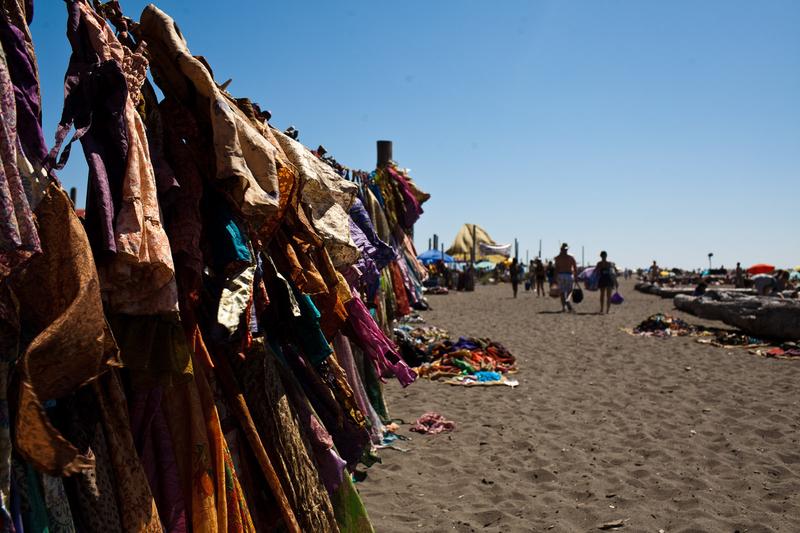 “Guess no one cares about the Covid or social distancing at Wreck Beach!!” File Geoff Lister

A large crowd of people gathered at Wreck Beach this weekend, according to a video posted on Twitter.

The video, depicting many people on the beach with little mask usage, was posted as active cases of COVID-19 among those under 40 have seen marked increases. Two thirds of the 893 cases recorded in BC from July 6 to August 6 are people under 40, with the majority in their 20s, CBC reported.

“Guess no one cares about the Covid or social distancing at Wreck Beach!!” the Twitter user posted.

Metro Vancouver estimated that 8,000 people visited Wreck Beach this past Saturday. Tom McComb, park operations supervisor with west area parks at Metro Vancouver, said park staff were able to work with the RCMP to educate visitors about physical distancing and clear the beach by sunset.

“Spending time in nature is an effective way to reduce stress and support physical and mental wellbeing – but only if park visitors are careful and sensible,” said McComb in a statement. “We ask all park visitors to please do their part to reduce crowding and to keep each other safe.”

During the summer, University RCMP has a dedicated team of officers that has patrolled beaches in the area. In a statement, the patrol said it had received reports of people not practicing physical distancing this weekend.

“Social media postings and reports from the members both showed many people on the beach,” said Sergeant Eric Baskette of the University RCMP.

“The members continued to remind beachgoers to physically distance many who were polite and receptive. Surprisingly several people were thankful at the police presence telling those not distancing to do so.” The statement urged people to practice physical distancing in public spaces.

Another video from August 15 showed a public party at the Granville strip.

The trend of increased public gatherings have concerned provincial authorities, as young people may be spreading the virus without being aware of it.

“We are learning more, and we are learning that there can be long-term impacts that can be quite severe even for young people,” she said.

“People of British Columbia! Please do not go out to parties and BBQs and other large gatherings!” Seth Rogen tweeted on August 15.

“The COVID is still out there! It’s more fun to hang out alone and smoke weed and watch movies and TV shows anyway! Do that instead!”