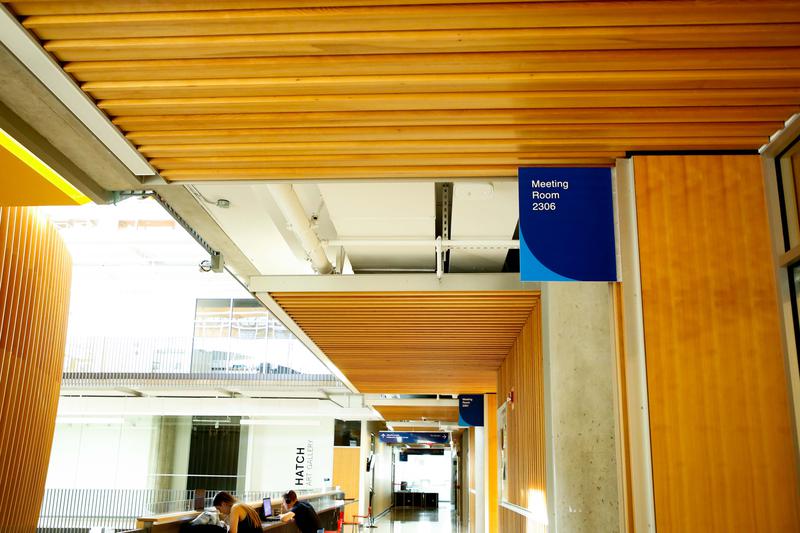 The case gained new attention when it was posted on the UBC subreddit last month where users widely criticized Cheng’s actions. Isabella Falsetti

A Civil Resolutions Tribunal has ordered Anson Cheng, a former UBC Hong Kong Students’ Association executive, to pay the Hackcouver Foundation $1,410 after the student exec refused to refund the group.

In March 2020, Cheng, the Hong Kong Students’ Association’s (HKSA) president in 2018/19 and senior vice-president in 2019/20, and Fenghua Yan, the club’s president in 2019/20, charged the Hackcouver Foundation, a non-profit group seeking to host Vancouver’s first high school hackathon, $1,275 to rent a room in the Henry Angus Building for a hackathon in early April 2020. Both Cheng and Yan have graduated and are no longer affiliated with HKSA.

The transaction occurred after Cheng told Hackcouver he could get the group a room at half the price by going through his marketing consulting firm, Yunie Media, instead of directly through UBC.

But when in-person events at UBC were cancelled due to the pandemic, Cheng refused to refund Hackcouver. In response, Hackcouver brought the dispute before a Civil Resolutions Tribunal (CRT) in April 2021, where Cheng was ordered to pay the foundation $1,410.53. This included the $1,275 refund, $10.53 in pre-judgment interest and $125 in CRT fees.

The case gained new attention when it was posted on the UBC subreddit last month where users widely criticized Cheng’s actions.

The post also sought to hold the AMS accountable as commenters believed that Cheng had promised to get a room in the Nest. The AMS, however, was not involved in the case. Moderators issued a correction that the group had booked a room in Henry Angus, which is operated by UBC.

The AMS affimed that it was not involved in the dispute.

Events leading up to the dispute

In September 2019, Cheng, doing business with his marketing consulting firm, Yunie Media, and several former HKSA executives met Hackcouver at a networking event. Following the event, Preston Lai and Jack Wong, president and VP logistics of Hackcouver respectively, told Cheng they were looking for a venue for their upcoming hackathon, according to the CRT decision.

In an interview with The Ubyssey, Cheng said that Hackcouver wanted to hold its hackathon in the Henry Angus Building because it was a larger space, but was concerned about the cost of booking the room.

“Mr. Cheng told [Lai] and [Wong] that by partnering with a UBC student club, Hackcouver could get rooms for 50% off the usual cost for external groups to book rooms through UBC directly,” the CRT decision reads.

“The exact loophole is that AMS clubs cannot book spaces for external use like this in the AMS Nest, but outside the AMS Nest, that’s actually fine,” Cheng explained.

In an emailed statement to The Ubyssey, UBC’s Senior Director of Media Relations Kurt Heinrich said that such a loophole didn’t exist.

Although student clubs hosting a “UBC activity” can reserve rooms for free, those booking spaces for non-UBC activities are charged full price. UBC activities are those officially organized by the university, partially or wholly paid using university funds and consisting of an identified activity sponsor.

AMS President Cole Evans confirmed that the AMS “has always prohibited clubs from renting out space that they either currently occupied or have booked in the AMS Nest to third party organizations.”

Hackcouver and Cheng agreed to the terms — the group would send a $1,275 invoice to Yunie Media prior to the event — and signed a contract on March 7, 2020, the CRT decision states.

When in-person events at UBC were cancelled in March 2020, Hackcouver requested a refund from Cheng. Cheng, however, refused to repay the group because he did not owe them a refund according to their contract.

“Mr. Cheng says the club charged a ‘commission’ for booking rooms on behalf of external groups, which is the amount he charged Hackcouver and then paid over to the club. He says the club did not refund him the commission fee he paid, and under the terms of the hosting agreement, he does not owe Hackcouver a refund,” the CRT decision states.

Refund-related negotiations went on for eight months before the case went before the CRT in April 2021 where the tribunal ruled in favour of Hackcouver.

“Mr. Cheng made misleading statements during negotiations that lead [Hackcouver] to believe UBC provided rooms to student clubs at a reduced rate. So, Hackcouver thought the $1,275 it paid to Mr. Cheng would be paid over to UBC either directly or indirectly through the student club,” the CRT decision read.

The Ubyssey sent multiple requests for comment to Hackcouver, but was unable to get in contact with the foundation.

Aftermath of the decision

Cheng said he refunded the group “within 30 minutes” of receiving the CRT decision via email. The money was transferred from HKSA to Cheng, who then sent the money to Hackcouver. That was the last point of contact between Cheng and Hackcouver.

Cheng said that the decision to help Hackcouver was “purely for the club.” In order to book the space through HKSA, Cheng had to ask for the assistance of Yan and the club treasurer. In return, all proceeds would go to the club to fund future events. Yan confirmed that this conversation had taken place when contacted by The Ubyssey.

“I’ve never intended and I’ve never profited off of this at all,” Cheng said.

Cheng said that he disagrees with the CRT’s decision. Although the tribunal supported his argument that no refund was owed under the contract, it still ordered him to refund Hackcouver because of “negligent misrepresentation” — something that Hackcouver had not argued during the proceedings.

Both Cheng and Yan hope the dispute doesn’t cause students to “resent” HKSA and that it “doesn’t harm the reputation of the club overall.”

Prior to the Reddit post, current HKSA president Justin Cheong was unaware of the situation because it was his first year in the club when it took place and he was not informed of the case when he was elected.

In an interview with The Ubyssey, Cheong said “this situation was something that’s completely separate to [HKSA] and our team this year.”

Going forward, the club hopes to be more “transparent” and “open to students and [its] members.” Because the case has resurfaced only recently, Cheong could not explain what this would look like.

Evans does not anticipate any changes to AMS club’s booking policy because it already has “zero tolerance for booking out space to third parties.”

Heinrich, however, said that changes may be made to UBC’s Space Rental Policy.

“It appears from the facts that the individuals booking the room circumvented the requirements of the Policy. UBC is looking into a review of UBC’s Space Rental Policy and potential amendments to such Policy to prevent further incidents like this in the future,” Heinrich wrote.