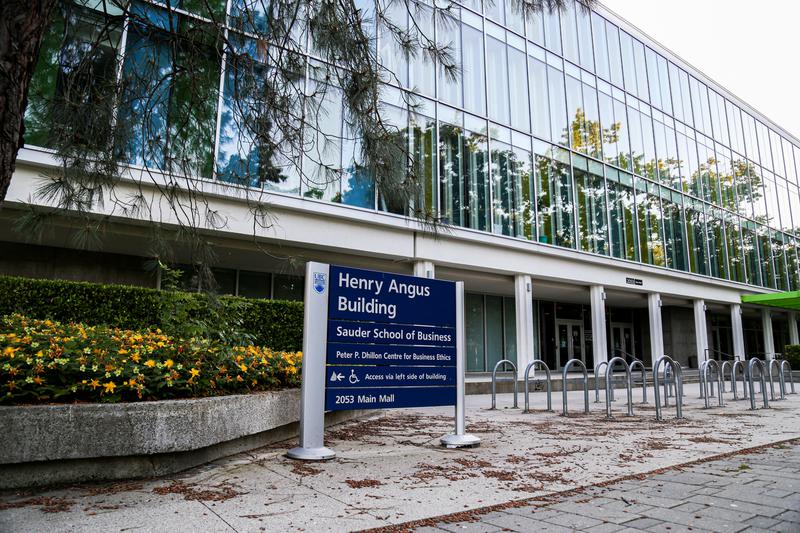 On the recommendation of Sauder’s Undergraduate Office, the CUS began consultations with Flurrish in July. File Jasmine Foong

The Commerce Undergraduate Society is out $20,000 after a contract with a student engagement platform was not fulfilled, former execs said.

After signing a contract with Toronto-based start-up Flurrish in July, the Commerce Undergraduate Society (CUS) delayed the platform’s launch date for months before telling students in an April email that the society had cut ties with Flurrish back in December, losing $20,160 in the process.

According to the CUS, Flurrish was unable to fix bugs present in the product but refused to provide a refund when the CUS ended the contract. Though the CUS said it has worked to get the money back, the society has been unsuccessful to date because Flurrish is legally protected from liability.

On the recommendation of Sauder’s Undergraduate Office (UGO), the CUS began consultations with Flurrish in July. The tech start-up advertised itself as a platform to “increase student engagement, retention, and mental health during social distancing.”

In contrast to similar apps like the AMS’s CampusBase, Flurrish proposed a platform with separate pages for individual services, privacy integrations and regional hubs to engage students studying overseas.

“Sauder has a very tight-knit community, and especially within the CUS. We wanted to create a space for undergraduate students to really feel connected to the services, to the clubs [and] to each other as well,” said Karina Lukianenko, the former VP of student engagement.

Former CUS President Kristian Oppenheim said both the CUS and the UGO met with Flurrish and “did due diligence” before finalizing their contract in mid-July. While the UGO confirmed that it referred Flurrish to the CUS, it said it was not involved with the contract approval process.

“The UGO felt the app may be of interest to the CUS and passed along the lead to them. No formal vetting process was undertaken by the UGO as the product was not under consideration by our unit,” said Pamela Lim, assistant dean and director of the bachelor of commerce program.

The first CUS Board of Directors meeting minutes on Flurrish offered no written record of the contract’s approval, with the sole mention of the contract being a unanimous abstention. Oppenheim noted the abstention was because “[the CUS] needed [to do] more consultation” and later approved the contract through a Slack vote with the public record reflected on the Q2 Budget Report.

Typically, a software contract includes a breach of contract clause that outlines responsibilities and remedies in the event where either party does not meet their obligations. In this case, the contract exempted Flurrish from liability.

Despite saying they received consultation from the UGO and AMS lawyers before signing the contract, the CUS made no contract amendments to protect the CUS if Flurrish did not deliver a functioning product.

Sylvester Mensah Jr., AMS VP administration, said that undergraduate societies are responsible for their own due diligence before submitting contracts to the AMS.

“On our end, the contract fulfilled the necessary requirements and the responsibility of procurement … fell on the CUS who reassured us that this product was of immediate need to their membership.”

According to Oppenheim, Flurrish surprised the CUS by abandoning its browser platform entirely and making the lengthy transition to an app-based engagement platform.

“That blindsided us because they said that we could be onboarded in September. And then because of the app that was postponed, we couldn’t launch it in September.”

This change pushed the app’s launch date well beyond the expected early fall launch, with Flurrish claiming the additional delays were due to challenges with App Store approval, according to the CUS. Lukianenko said service chairs onboarded to Flurrish described numerous bugs and technical issues.

In October and November, the CUS said Flurrish developers could not reproduce many of the reported bugs. The CUS said it requested a full refund of the $20,160 payment, but Flurrish allegedly refused, instead offering to extend the contract.

Despite Flurrish’s offer, the CUS ultimately moved to end their contract with Flurrish in December.

Lukianenko cited the inability to fix outstanding bugs as the impetus for ending the CUS’ relationship with Flurrish.

“We wanted to provide students with value. With the state the app was in, we did not feel comfortable onboarding our students ... because we did not think the app was ready to use.”

Oppenheim said the student society did not immediately communicate the fact that the contract had ended because the CUS wanted to explore all available options before presenting the full story to students.

“That wasn’t the end of the story yet. It wasn’t until we did all of our due diligence to see what we could do to recuperate the situation that we want[ed] to give students the entire picture.”

In early 2021, the CUS consulted with AMS lawyers and ultimately determined that “the legal fees probably would have been equal to, if not greater than, what we would have recovered,” said Oppenheim.

Despite the hefty price tag of the contract, former members of the CUS Executive Council were confident that this loss will not affect future funding for student initiatives.

Oppenheim believed the CUS had learned from this experience.

“What we will do in the future, whenever we work with tech companies, is we’ll pay by performance .... we’re only paying certain instalments when we see the launch, when we see all the features promised, when we get x number of students officially onboarded onto it.”

Flurrish’s CEO, Spencer Badanai, who was the CUS’ chief point of contact, left the company in February 2021. Despite numerous requests, The Ubyssey was unable to reach a Flurrish representative for an interview.