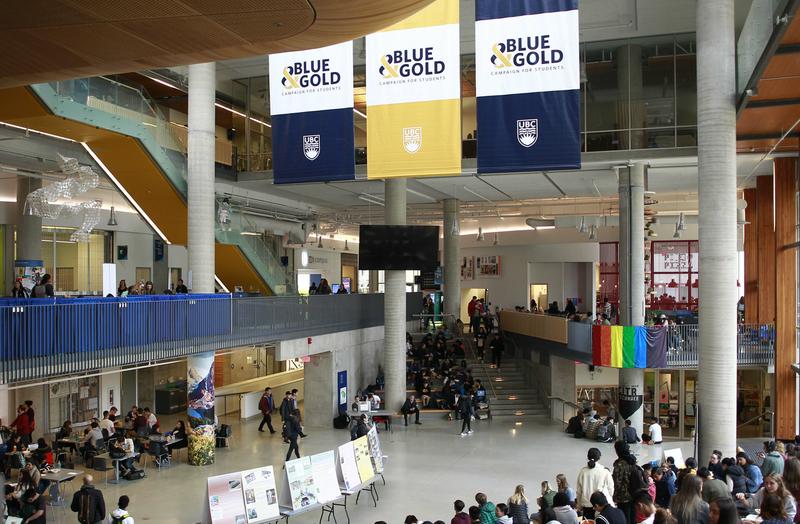 The physical buildings of the AMS have changed with the renovation of the new Student Union Building (SUB) to become the AMS Student Nest (almost named the AMS Student Hub). File Elizabeth Wang

The last decade of the AMS has been full of successes, mistakes and bizarre moments.

The decade began with two AMS execs narrowly avoiding impeachment, after filing a human rights complaint to the UN about access to education on behalf of the AMS without consulting AMS Council. Towards the end of the decade in 2017, Alan Ehrenholz ran for president as a joke candidate on behalf of “The Engineer’s Cairn.” He won.

The physical buildings of the AMS have changed with the renovation of the new Student Union Building (SUB) to become the AMS Student Nest (almost named the AMS Student Hub). It opened to student use in 2015. The old SUB became the Life Building, with construction beginning in 2016 and opening to student use in 2018. The Norm Theatre closed during those renovations, only recently re-opening.

Internal changes to AMS structure have also characterized the last decade. The AMS has restructured its committees in 2009-10 and 2016-17. The Academic Experience Survey was created in 2012, in order to help the AMS better advocate for student needs and wants. 2014 saw the only time the AMS Annual General Meeting (AGM) met quorum in the last 40 years. 500 students attended to oppose housing and tuition increases. The AMS also began giving territorial acknowledgments at AMS Council.

External advocacy has also been an essential part of the AMS’s work over the last decade. Advocacy regarding student loan interest resulted in the elimination of provincial student loan interest in February 2019. The AMS has also lobbied to extend the Skytrain out to UBC, but this likely won’t be a reality until at least 2028. The U-Pass has also been a main aspect of the AMS’s advocacy, in order to reduce transit costs for students.

The fight for divestment has persisted throughout the decade in both the AMS and the university. In 2018, the AMS divested its $16.2 million portfolios and saw a triple in returns, the following year. Their partnership in UBCC350 has also moved the university closer to full divestment.

The AMS has worked on making the campus a safer place for students, especially in regards to sexual assault prevention. Safewalk-use increased eightfold between 2012 and 2015, likely due to a series of sexual assaults that occurred on campus in 2013. Changes to the service throughout the decade curbed misuse and allowed it to serve more students. The SVPREP working group was created in 2017, with the final version recently adopted as the Sexual Violence Prevention and Respectful Community and Workplace Policy. The AMS’s relationship with SASC, in 2002, has been rocky over the last decade, with the sudden cut to support services for the Centre in 2018, which was quickly reversed. In early 2019, a referendum passed to nearly triple the student fee for SASC. Most recently, SASC workers unionized.

Looking towards the next decade, the AMS is now working on developing a strategic plan that will shape the values and mission of the society for the next five years.