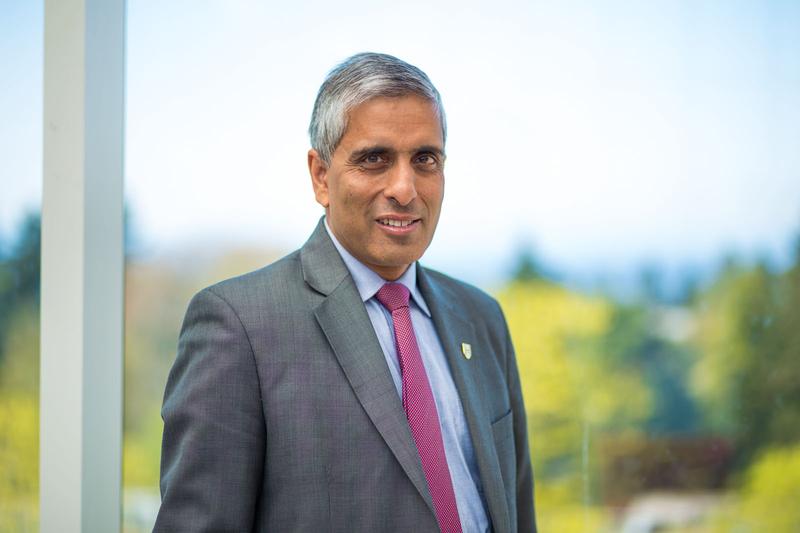 Following his resignation, Gupta stayed on at UBC as a computer science professor. In 2017, he announced that he was moving to the University of Toronto to accept a full-time role in their computer science department. File Cherihan Hassun

Of all the years this past decade, perhaps none has been as tumultuous for UBC as 2015, when Dr. Arvind Gupta stepped down from his position as president and vice-chancellor of the university.

Gupta resigned from his position in August 2015, following conflict and in-fighting with the Board of Governors (BoG). Having only served 13 months of his presidency at the time, his resignation came as a shock for much of the UBC community.

It was later revealed — through documents both accidentally leaked and officially obtained from a freedom of information (FOI) request — that this was the result of a crisis in leadership.

The circumstances leading to Gupta’s sudden resignation were not immediately disclosed by the university. The university later released a 861-page, heavily redacted document in response to FOI requests searching for more details about the process that led up to Gupta’s resignation.

However, files that were attached to this document — which revealed much more information than was originally intended — were not redacted, and were thus accidentally leaked by UBC.

In fact, it was Reddit users in the r/UBC subreddit who cracked the code and discovered that these attached files were accessible by the public.

According to the documents, Gupta’s resignation stemmed from troubles and conflict with the UBC BoG, specifically its then-Chair John Montalbano.

Email correspondences released by UBC reveal that their relationship started out amicable when Gupta commenced his term but deteriorated significantly over time.

The redacted documents reveal a growing lack of confidence in Gupta’s abilities by Montalbano, alongside increasing hostility.

According to meeting notes from an email in May 2015, written by Montalbano, “The Board has noted that [Gupta’s] year as leader of The University of British Columbia has been an unsettled one. Relationships with key stakeholder groups … are not at functional levels to allow [Gupta] to move forward in a confident manner.”

A campus in chaos

Following Gupta’s resignation, speculation about what happened and the subsequently leaked documents, UBC was faced with criticism from the Faculty Association (FA), the AMS, elected Board members and Gupta himself, on the secretive way in which the situation was handled.

The FA also called for an external review of the Board, after the FOI documents were released.

Several faculty members individually spoke out against the Board’s secretive handling of the situation, calling for more transparency.

When tenured Sauder Professor Dr. Jennifer Berdahl published a blog post about the departure of President Gupta, she received a phone call from Montalbano expressing concern over its contents. Berdahl, who specializes in the impact of race, gender and sexuality, argued in her post that Gupta lost the “masculinity contest” that exists in higher levels of leadership.

This sparked a campus-wide debate and official investigation conducted by Justice Lynn Smith into whether Montalbano infringed on Berdahl’s academic freedom.

Although Montalbano was found to have acted in good faith, he officially resigned from his position in October 2015.

‘Guptagate,’ as it is now known, left a stain on UBC’s institutional history — one defined by secrecy and a lack of transparency in upper levels of administration.

President Gupta was followed by interim President Martha Piper — who also served as president two terms before Gupta — who helped weather the storm after the events of 2015.

Piper was followed by President Santa Ono in 2016.

Following his resignation, Gupta stayed on at UBC as a computer science professor. In 2017, he announced that he was moving to the University of Toronto to accept a full-time role in their computer science department.

Many faculty expressed sadness and warm wishes to Gupta following the announcement of his departure.