Decade in review: Planning a path of reconciliation 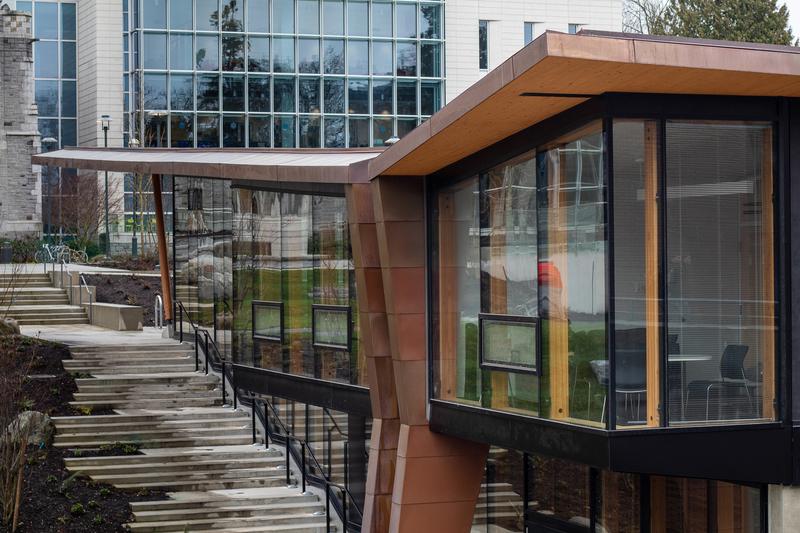 The Residential School History and Dialogue Centre was approved by the Board of Governors in 2016 and opened in the fall of 2018. File Zubair Hirji

UBC has taken steps toward Indigenous reconciliation throughout the 2010s, but there’s still room for improvement over the decade to come.

Kicking off the ’teens, Canada officially endorsed the United Nations Declaration on the Rights of Indigenous Peoples (UNDRIP). In 2015, the Truth and Reconciliation Commission (TRC) released 94 Calls to Action urging government to implement UNDRIP.

A flurry of developments took place in 2018 — across the country with the release of the final report of the National Inquiry into Missing and Murdered Indigenous Women and Girls, and closer to home with BC mandating that UBC create a strategy addressing the TRC.

That June, a draft of UBC’s Indigenous Strategic Plan was presented to the Board of Governors (BoG), intending to replace the university’s 2009 Aboriginal Strategic Plan and implement the TRC’s 94 Calls to Action. But when Dr. Sheryl Lightfoot, senior advisor to the president on Indigenous affairs, took the helm from previous advisor Dr. Linc Kesler, she announced May 2019 that the plan would be postponed — not only because of leadership changes but also due to a shifting landscape of Indigenous affairs.

This shift manifested institutionally in President Santa Ono’s April 2018 apology for the role UBC played in “tacitly accepting the silence” around residential schools.

“While we cannot rewrite this history, we must not deny it either,” he said to a crowd of several hundred people including Indigenous Elders and residential school survivors.

His apology introduced the opening of the Residential School History and Dialogue Centre (RSHDC), which the Board of Governors approved in 2016. The centre underwent a name change in 2019 — the word “Indian” was dropped to be more inclusive of Inuit and Métis peoples, noted RSHDC Director Mary Ellen Turpel-Lafond.

Despite being understaffed, underprepared and, as Turpel-Lafond said, “far from ready to open” with incomplete systems in the fall of 2018, the space now hosts dialogue sessions and displays about the centre’s origins.

In student governance, 2018 was also the year where the AMS apologized half a year after UBC for failing to make “serious efforts to advance reconciliation.” It launched its Indigenous Committee in November.

Indigenous spaces have appeared in other places on campus, from the 2015 launch of the Institute of Critical Indigenous Studies to the First Nation House of Learning (FNHL) opening the Indigenous Student Collegium in October 2019 and relaunching weekly smudging ceremonies the following month.

On language, the Musqueam gifted the name c̓əsnaʔəm to Totem Park residence’s newest building in fall 2017 and, with UBC, unveiled hən̓q̓əmin̓əm̓-language street signs in spring 2018.

In March 2019, the Haida Reconciliation Pole was vandalized just shy of the second anniversary of its installation, prompting an open letter from FNHL Director Dr. Margaret Moss and Lightfoot.

“ ... This condemnable act profoundly disrespects everything the pole represents,” they wrote, “from the voices of the survivors of the schools, the memories of the children who died in them, the hopes of Indigenous peoples, to the honour of all Canadians who are striving to shake free from the darkness of the past to embrace a brighter future together.”