Community-focused and Indigenous-driven: Despite setbacks, UBC’s Residential School History and Dialogue Centre is delivering on promises 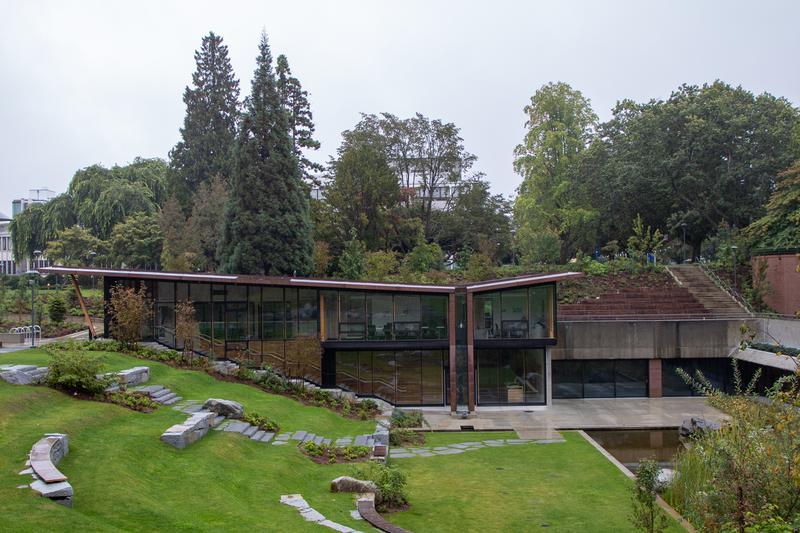 “[With the RSHDC in view, the administration] would not forget. Indigenous initiatives would not slide under the waves, which is a very real fear when they’re in the early stages of their development.” Zubair Hirji

For over a year, UBC’s Residential School History and Dialogue Centre (RSHDC) has sat quietly nestled in Library Garden. Since its opening, the Centre has existed as a testament to what reconciliation could look like at UBC — and a visible reminder of how much more there is to be done.

“... [I]t was not lost on us that the president and the provost would see it every day when they look out their window [in the Koerner library],” said Dr. Linc Kesler, former director of the UBC First Nations House of Learning and senior advisor to the president on Aboriginal affairs.

Conceived as a West Coast centre that would facilitate access to records related to Canada’s Indian Residential School System, the RSHDC remained empty for several months after its launch in April 2018. Since then, it has grown incrementally more operational, hiring staff, expanding its digital database and putting its physical spaces to use.

Kesler, who spent years working to get the RSHDC approved, described the struggles that Indigenous initiatives face during their planning stages: often forgotten, cut from plans or left behind.

“[With the RSHDC in view, the administration] would not forget. Indigenous initiatives would not slide under the waves, which is a very real fear when they’re in the early stages of their development.”

But as Kesler, his successors and the staff at the RSHDC would find, these struggles didn’t end when the ribbon was cut. Over the course of the last year, stakeholders from across the university have navigated dense internal and external bureaucracies, worked to build complex relationships and allowed the vision of this unique space to shift in ways unimagined during its conception.

One thing is for certain: the Centre is no longer empty.

“I was really struggling when the Centre was opened,” said Mary-Ellen Turpel-Lafond, director of the RSHDC. “I wasn’t at UBC [when it did], so I had it passed over to me when it wasn’t quite ready for prime time.”

When the building was formally opened, there were very few in-house staff members, incomplete systems and a minimal database. One question Turpel-Lafond wishes she knew the answer to is why the Centre opened when it did.

Kesler explained that during his time as senior advisor to the president, he learned that opportunities for Indigenous engagement had to be taken for fear of them disappearing. From his advisor appointment in 2009 to the RSHDC’s opening in 2018, Kesler saw the employment of four different UBC presidents. And with each new president and each new draft of strategic planning, Kesler said that it was a battle to keep Indigenous initiatives in the university’s vision.

“Getting the Centre [opened] at all meant maintaining focus and will around Indigenous initiatives through three stages of administration. … We were repeatedly told Indigenous initiatives were key, but in different drafts of that strategic plan they weren’t there. They disappeared. They ended up on the cutting room floor somewhere.”

Kesler repeatedly negotiated to keep the Centre included in university plans and feared that if he postponed the opening the building — even though there was currently no budget or plan to fill the building — it would never have opened at all.

“There was still no operations budget designated,” he said. “...[I]t wasn’t clear how we were going to fill the building, but from my standpoint, I was willing to go with that because it had been very difficult to get to the point where the building was going to happen at all.”

Since its opening, things have changed. Turpel-Lafond and her team hired staff, hosted events and launched an ongoing exhibit in its main gallery during the 2019 Congress of the Humanities and Social Sciences. The director expressed that her internal priority has been building space for people who have a commitment to community-focused and Indigenous-driven approaches to their work.

One such person is Dr. Tricia Logan, the new head of Research and Engagement. Logan, who came to the RSHDC from the National Centre for Truth and Reconciliation (NCTR) at the University of Manitoba (U of M), has brought the level of expertise that Turpel-Lafond was looking for. Logan is responsible for developing the RSHDC’s broader research agenda as well as developing external partnerships.

“Because they were building the collections, some of the first folks on board were archivists,” said Logan. “... But there’s a lot of demand for using the space and engaging with the space.”

“The dialogue session that we had in October had more than a hundred people,” she added. “That was aimed at the UN Declaration on the Rights of Indigenous Peoples and BC’s response to it, and we published a formal report on that.”

While visiting hours are still limited, the space now holds talking circles, dialogue sessions and exhibits that showcase the origins of the Centre. 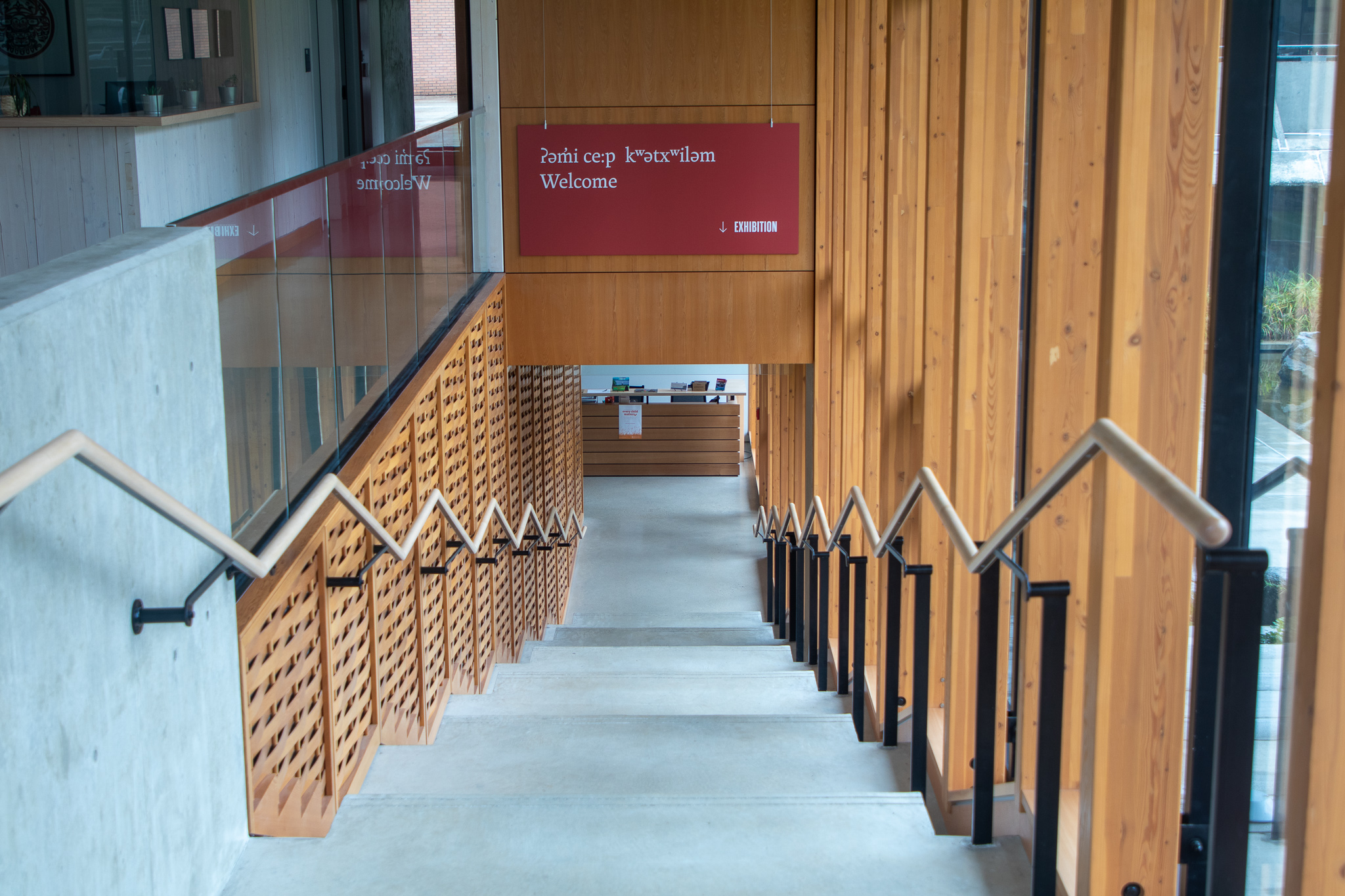 When the building was formally opened, there were very few in-house staff members, incomplete systems and a minimal database. Zubair Hirji

Like Turpel-Lafond, Elizabeth Shaffer, director of digital, strategic and Indigenous partnerships, found herself in a frustrating situation when she arrived at the Centre prior to its formal opening.

The database she was supposed to develop — which was originally intended to host residential school records pertaining to British Columbia — had nothing to go in it. And the partnership with the NCTR, which held said records, was seemingly nonfunctional.

“The relationship has never been a simple one,” said Kesler.

He explained that when the U of M put in their bid to host the NCTR, they proposed that UBC make a formal pledge of support. In return, U of M agreed to acknowledge UBC’s intent to have a West Coast centre, which would be potentially affiliated with theirs. But when their bid was accepted, that dynamic changed.

“They kept referring to us as their satellite,” he added. “We were never their satellite, especially not after they tore up the agreement we had. ... I actually had to speak to them on more than one occasion, and tell them to correct their public statements about that because they were inaccurate and I would take action if they didn’t.”

This broken relationship has yet to be mended. When interviewed back in November of 2018, NCTR Director Ry Moran expressed optimism that an agreement would be “quickly rectified.” Turpel-Lafond says the NCTR’s reluctance to collaborate has been frustrating, but one year later, she still hasn’t given up.

“I think that the [Memorandum of Understanding] that they’ve offered to me over the last year is one that still really restricts the ability of our centre to fully access and use those records,” she said. “It’s still not exactly the kind of digital sovereignty that we think we need to keep this information going forward for the demands of a place like UBC … but I don’t lack hope.”

Turpel-Lafond discussed the possibility of using an Indigenous ceremony in place of a traditional legalistic document to reach such an agreement.

“We are much closer to working out an arrangement and I’m hoping for us over the next year that wall will fall.”

In a written statement to The Ubyssey, Moran said the two centres have a “positive working relationship.”

“The Director of the NCTR and Ms. Turpel-Lafond (Aki Kwe) have achieved strong alignment on values and principles and are actively working towards appropriate ceremonies to further anchor the work,” reads the statement.

He added that they are collaborating in an internship partnership with TD Canada Trust, which will provide opportunities for Indigenous students on both campuses.

In the meantime, staff at the RSHDC have been focused on continuing to build external relationships with other institutions like the United Church and Library and Archives Canada that have records from Indian hospitals and day schools. 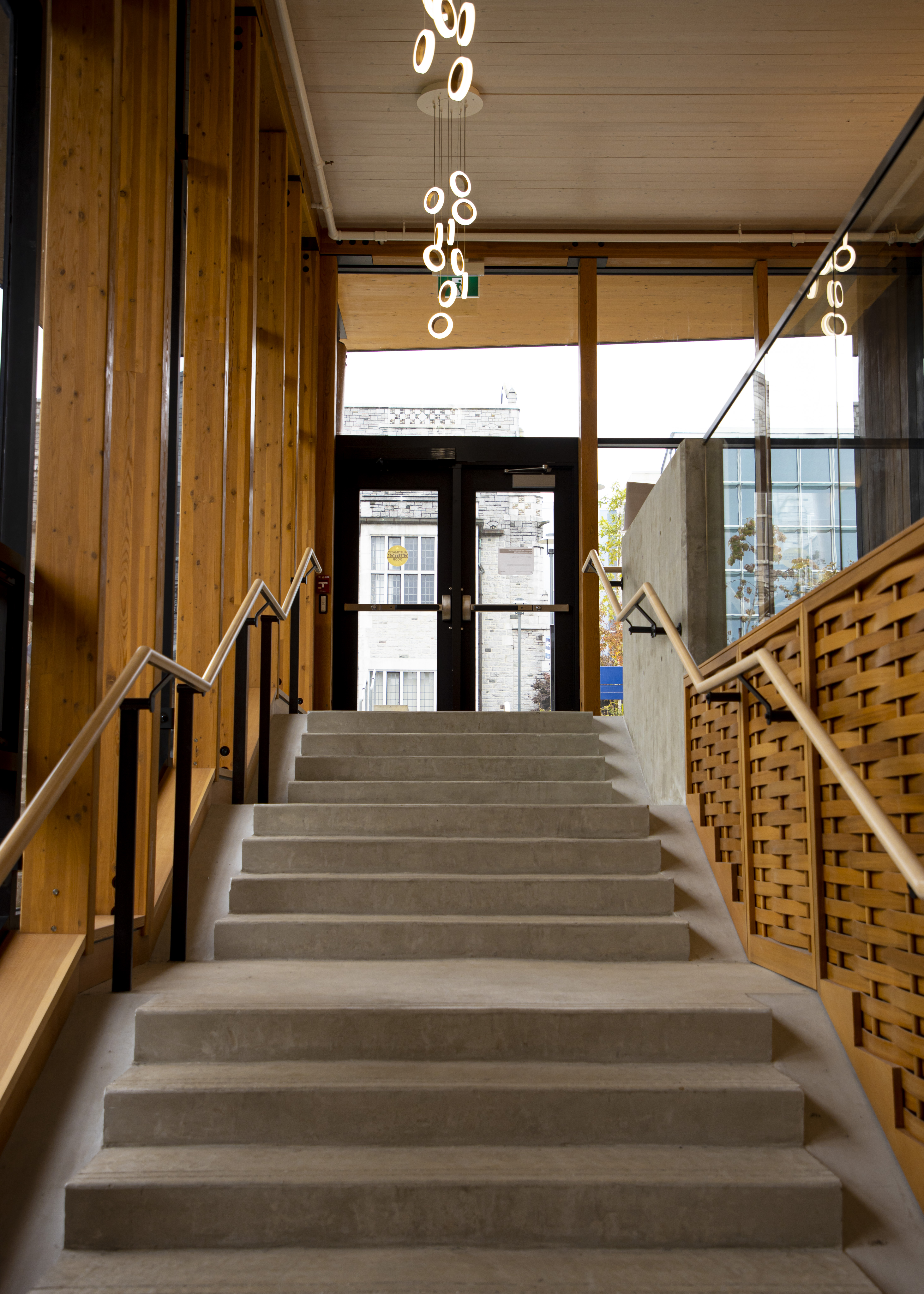 “... I’m relying on [the RSHDC] to inform the next steps, not just at UBC but broader both provincially and nationally, and even globally.” Elizabeth Wang

Outside of the day-to-day operations within the Centre, Turpel-Lafond has spent much of the last year working externally and using her position to lobby for improved legislation. She explained how survivors have pushed her to inform public policy at the national level and to follow the Truth and Reconciliation Commission (TRC) calls to action.

Turpel-Lafond focused specifically on the development of national Indigenous child welfare and Indigenous languages legislation — two calls to action that survivors identified as being absolutely essential.

“[I]t’s not enough that universities endorse the calls to action,” she said. “[Survivors] want to see their university people present and pushing for implementation for the TRC calls to action.”

Dr. Sheryl Lightfoot, the current senior advisor to the president on Indigenous affairs who took over from Kesler, agrees that the Centre plays a large role both internally and externally in regards to the TRC.

“If something is directly tied to the TRC in the post-2015 world, it becomes a priority,” said Lightfoot. “... I’m relying on [the RSHDC] to inform the next steps, not just at UBC but broader both provincially and nationally, and even globally.”

Moving forward, stakeholders discussed changes and improvements on everything from the database to the name of the Centre — they’re dropping the word “Indian.”

Turpel-Lafond and Logan both mentioned the recent name change, reflected online but not yet on most signage, explaining that the change ensured the inclusion of Métis and Inuit people, as well as those that attended Day Schools.

More positions are being discussed and hired for and the future of the downstairs exhibition area requires a 12-to 18-month curator that Turpel-Lafond hopes to support.

One of Kesler’s original visions for the Centre was as a place to receive testimonies from survivors. Working with the First Nations and Indigenous studies program, Kesler had previously trained students to record Elders who want to provide histories and accounts of their experiences.

“... [I]f somebody’s not doing it, it’s gone. That Centre should be doing that every day … it’s what we promised the community.”

But for Turpel-Lafond, she wants to ensure that they are fully prepared to take on that responsibility.

“Who owns their stories and how you do it is a very sensitive issue,” she said. “We have been a little bit cautious, [but] I see us getting there.”

And, looking forward to the upcoming months with the UBC Indigenous Strategic Plan in its new drafting phase, Lightfoot sees the RSHDC playing its own special role at the forefront of the university’s reconciliation path.

“The Centre in tandem with other initiatives on campus starts setting the future tone,” Lightfoot explained. “We’re at a big high point right now — in the province, in the country and at UBC. And I think, I hope, I expect, that this is the turning point to something path-breaking.”