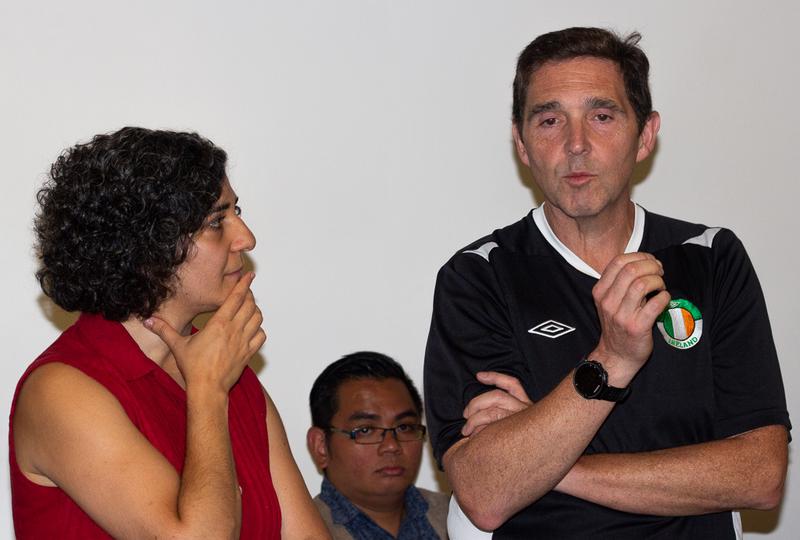 UBC’s Equity and Inclusion Office hosted an discussion on Monday afternoon that centred around freedom of expression and controversial events on campus. Around 50 community members attended the event.

Entitled “Controversial Events on Campus: Opportunities & Limitations in Institutional Responses,” the event was prompted by responses to University of Toronto psychology professor Jordan Peterson and conservative political commentator Ben Shapiro’s upcoming speeches. For instance, some students have called on UBC to cancel Shapiro’s event due to his comments about gender identity and the Israel-Palestine conflict.

So far, UBC has stressed its commitment to “free … discussion, no matter how controversial the topics,” while referring those who might be affected to internal support services and those who raise concerns about hate speech to the RCMP. The university also published its freedom of expression statement last month, but said it is “an educational document” instead of official policy.

Dr. Aftab Erfan, event moderator and UBC’s director of dialogue and conflict engagement, expressed hope that through the event, attendees would be able to gain some understanding by listening to oppositional viewpoints.

“The purpose tonight is to create some more understanding about how the system works and how different folks convene in this conversation — where are they coming from and what is it that they are doing — so that as each of us makes a response or non-response, it’s more grounded and informed by what is around us and how other people are thinking.”

Most of the two-hour event consisted of a game called “the soft shoe shuffle,” where an attendee would state an opinion and others would either stand close to that person if they agree with that opinion or far away if they disagree.

The most popular opinions were generally those that sought compromise and open discussion.

“Sunlight is the best disinfectant, which means a discussion ought to be had even if you disagree,” said Nicholas Kosovic, president of the recently formed organization UBC Students for Freedom of Expression. “It’s best to let it out in the open … so that these ideas are not restricted into cells.”

Meanwhile, comments that received lower support were partly those that critiqued left-wing activism and the idea of patriarchy as being used to silence others — in particular, “males, whites, cis-people.” 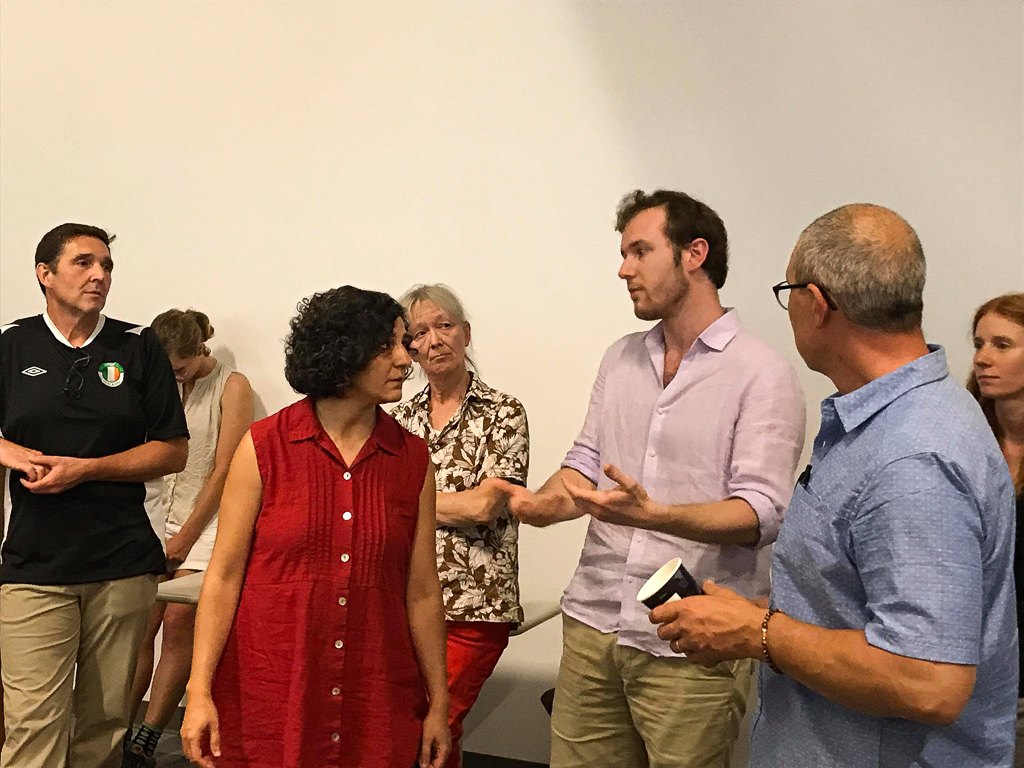 Most of the two-hour event consisted of “the soft shoe shuffle” game, where an attendee would state an opinion and others would move according to how much they agree with the statement. Joshua Azizi

There was also a discussion about how there is an imbalance of power when accessing free speech.

“From my experience, people born out of privilege tend to be those that [are] presenting the need of free speech but crossing the line of respecting those that might be offended by what they say,” said one attendee.

Someone responded that it’s left-wing individuals, particularly in Vancouver, who have more institutional power.

“If you look at the 60s, for example, it was the left that was advocating for freedom of speech, but they almost have hegemonic control now in a lot of the institutions,” they said. “People advance freedom of expression when they think they have ideas that they want to get out there.”

The event then evolved into a discussion about academic freedom.

Some argued that, of all the cases of academic censorship they have seen, the people who had been targeted were for mostly left-leaning viewpoints. They highlighted the case of University of Illinois professor Steven Salaita, who lost his tenured position after posting tweets about the Israel-Palestine conflict that some deemed anti-Semitic.

“There are numerous cases across North America in academia, particularly in the United States, in which faculty — particularly faculty of colour, women, and faculty on the left who have been tenured — who have been fired … because they are espousing critical views of the US government [and] its policies, of white supremacy and of other forms of systems of oppression,” they said. 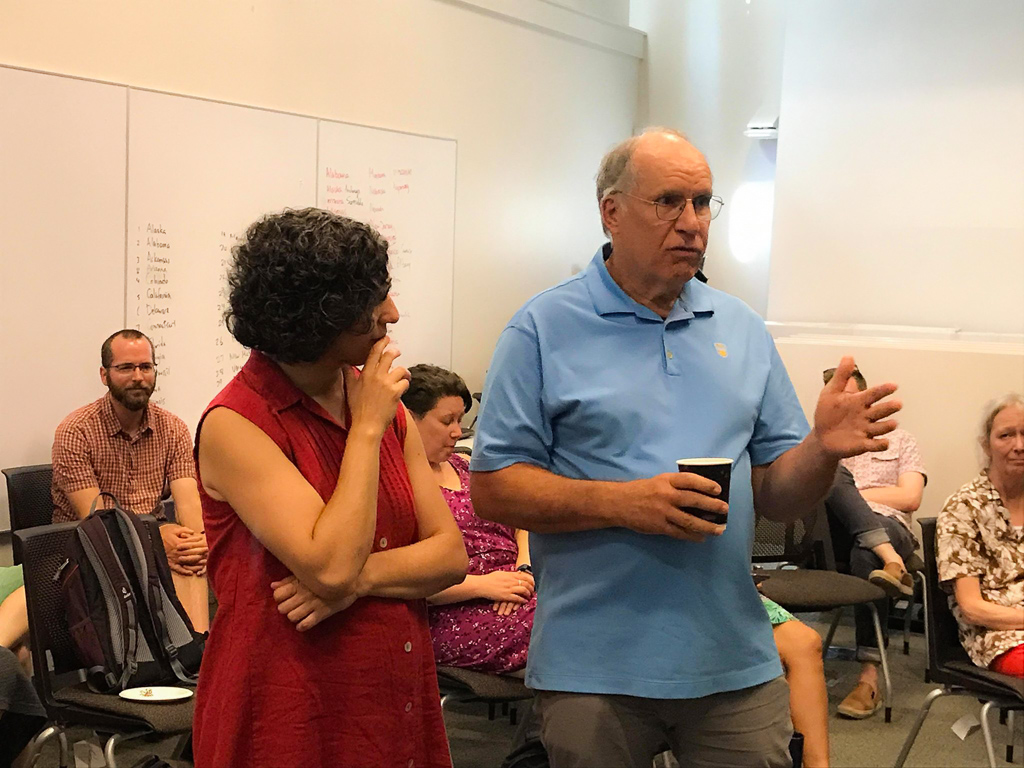 Others disagreed and cited the case of Mount Royal University professor Frances Widdowson who received backlash for her presentation that criticized Indigenous reserve system and traditional knowledge.

“She had trouble where one of the visiting professors had stood up and asked her why she hated Aboriginal peoples, which was ridiculous to her because she clearly does not,” an attendee said. “There was some question whether she would sent in front of a civil rights court for her comments in her academic work.”

“Need to ... have more of these types of things”

Attendees like Dr. Charles Menzies, anthropology professor and a UBC Board of Governors member, said that the event was a positive experience overall, despite noting that the conversation became dominated by a small group near the end while there was a “gradual fatigue in the rest of the space.”

“I commend the facilitators for what they did, allowing people to actually feel listened to or heard, that’s always better than if we just all sat in the room and shouted or tried to do a debate,” Menzies said.

“I think what we actually need to do is actually have some more of these type of things.”

But there was also a sense of disappointment that the event focused more on people’s opinions and less on university policy surrounding these events.

“It was more of a ‘What do you guys feel, how do we get the feelings to co-exist’ [type of event], and that’s not exactly what I’m here for,” Kosovic said, while adding that he did appreciate the event.

“I’m wanting to basically learn, ‘Ok, what are the policies to do with protests? How are we able to ensure that our event goes on unhindered when it comes to extremely disruptive protestors?’”

This article has been updated to correct the name of UBC Students for Freedom of Expression, as well as to clarify that Nicholas Kosovic is the organization’s president.