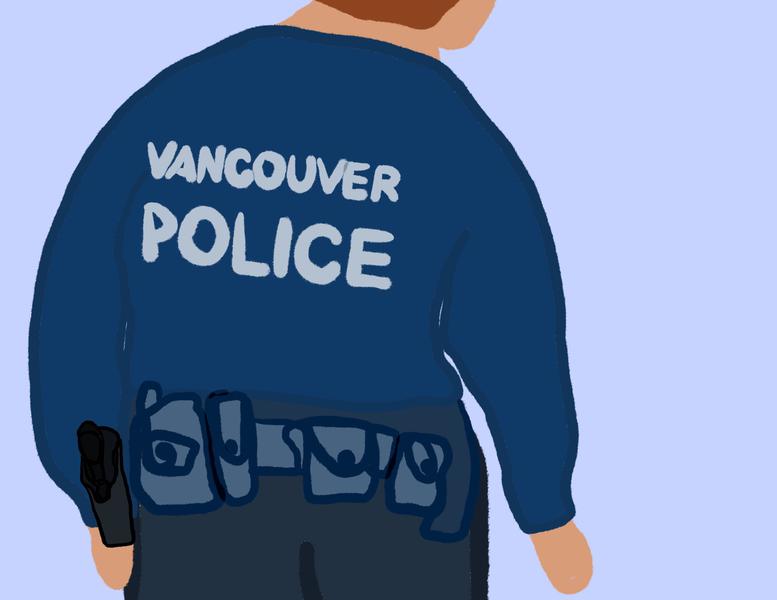 Black people represented 4 per cent of street checks, while only accounting for 1 per cent of the population. Lua Presidio

Street checks, also known as police stops, carding or pedestrian stops, are interactions outside of arrests, detentions and investigations where police approach and question individuals. Personal information is often collected and recorded into police databases. Street checks are not outlined by the BC Police Act, the statute governing policing practices in the province.

The letter, spearheaded by the BC Civil Liberties Association (BCCLA), Hogan’s Alley Society, Union of BC Indian Chiefs, Wish Drop-In Centre Society and Black Lives Matter-Vancouver, urges the Vancouver Police Board and the provincial Director of Police Services to prohibit street checks in their respective jurisdictions. Co-signed by over 73 organizations, the letter raises longstanding concerns of racial profiling from police forces, among other issues.

“Calls to end street checks aren’t new,” said Ishmam Bhuiyan, Chair of the UBC Social Justice Centre. “This is something that we’ve been talking about in Vancouver for as long as I can remember. Some of the statistics are absurd.”

“[Street checks] stop individuals based on their visible minority appearance, normally with the assumption that the individual has committed an act, or is [participating in] … suspicious activity when really they’re just doing what anyone else would do,” said Maia Wallace, Co-President of the UBC Black Student Union.

The letter cites instances from the review, where people were street-checked for “walking in the rain,” “walking a dog on a church lawn,” or “standing on a street corner.”

While participation in a street check is technically voluntary, advocacy groups point out that external pressures may make walking away a much more difficult reality.

“Even if you were theoretically legally allowed to walk away, you can’t walk away from an armed agent of the state,” said Harsha Walia, Executive Director of BCCLA.

In response to a joint-complaint filed by the BCCLA and Union of BC Indian Chiefs in 2018, the VPD commissioned a review from Pyxis Consulting Group, released this February. The review found evidence of racial profiling in street checks to be ‘inconclusive’ and has since been criticized for working on a premise that street checks are a valuable tool, and for omitting reports of inappropriate police conduct.

The Vancouver City Council will be voting on a motion to write to the Vancouver Police Board to end street checks on July 21. A similar motion was recently passed unanimously by city councillors in Victoria on July 16.