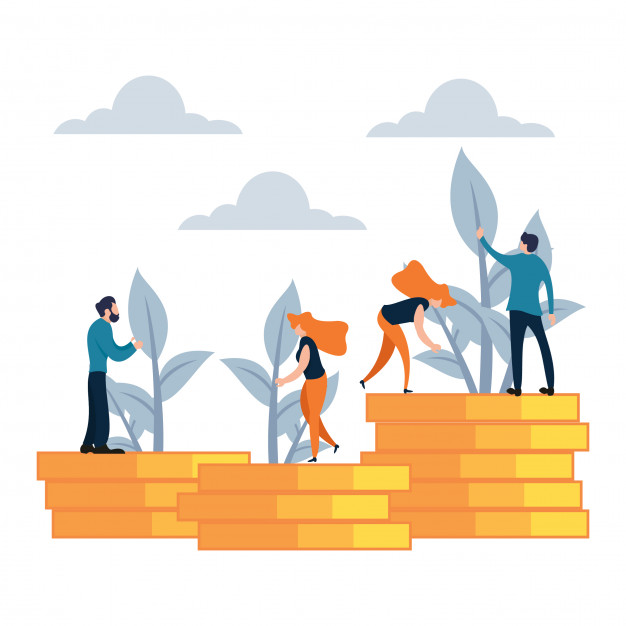 Student groups The Ubyssey spoke to underlined flaws in UBC’s sustainability commitments as a significant portion of investments are involved in extractive industries.

But some companies involved in the list of investments are active in the oil, petroleum, gas, mining and weapons industries, raising concerns among student groups.

In December 2019, after mounting pressure from student groups, President Santa Ono declared a climate emergency, addressing the threats the climate crisis poses to the livelihoods of people around the world. In his statement, Ono recognized UBC’s role as a public research institution and the necessity to take on a leadership role in providing solutions.

The Board of Governors received a legal opinion in February 2020 that allowed the university to begin the process of divesting its endowment, after the Board committed to full divestment in December 2019.

A university’s endowment consists of mostly donated financial assets which are pooled and then invested. The returns serve as a source of revenue to fund the university’s operations and specific philanthropic projects, such as scholarships and research funds.

UBC conducts all of its investing through IMANT and its external fund managers. According to UBC Finance, the two-billion-dollar endowment must both honour the intentions of the donors and adhere to responsible investment policy based on environmental, social and governance (ESG) factors.

What the 2019 endowment data tells us

UBC’s investment portfolio is diversified across various industries, but the biggest share of its endowment — according to the 40 per cent of the data now available — goes toward companies in the financial services industry, such as banks, insurance companies and investment firms. Its second-largest recipients are technology companies followed by corporations in the telecommunications sector.

While a majority of the top investments went towards Canada-based companies, there were several that operate abroad in countries like South Korea, China and Australia.

All data in the pie charts is based on investments that individually make up at least 0.1 per cent of the portfolio — note that the university only released 40 per cent of UBC’s endowment funds.

Student groups The Ubyssey spoke to underlined flaws in UBC’s sustainability commitments, as a significant portion of investments are involved in extractive industries. Climate Justice UBC divestment leads Michelle Marcus and Rachel Cheang expressed their disappointment in the endowment data.

“UBC agreed to remove all of its holdings in fossil fuel companies last year,” said Marcus. “We’ve been calling on UBC since 2013 to remove all of these holdings. They finally agreed to do so last year, but they’ve said that they’re not going to complete it until 2030. We’re calling on them to speed that up and get it done by 2025 given the severity of the timeline we’re on [during] the climate crisis.”

A statement from UBC Media Relations Director of University Affairs Matthew Ramsey confirmed that $34 million of endowment funds have been transitioned to fossil-fuel-free investments. Ramsey also said that in September 2020, UBC committed to the goal of reducing carbon emissions connected to the endowment portfolio by 45 per cent by 2030.

Another statement from UBC Treasurer Yale Loh reiterated UBC’s various on-paper commitments to divestment, including its declaration of a climate emergency, its responsible investing strategy and its becoming a signatory of the UN Principles of Responsible Investing.

Loh said that UBC is “cognizant of the need to thoughtfully and carefully transition” its investment portfolio over time to avoid any damage to the university’s revenues and the programs which rely on them.

“While UBC has set a deadline of full divestment by 2030, the university is hopeful to divest faster if there are opportunities to do so sooner and seamlessly without compromising financial return,” Loh said.

However, some students see the university’s continued involvement with certain corporations as contradictory to its official stance.

“UBC can’t be an institution that on the one hand embraces climate action, while on the other hand continuing to build its endowment off of mining corporations that carry out environmental and human rights abuses abroad.”

In a statement to The Ubyssey, Students for Mining Justice (SMJ) called for UBC’s divestment from mining and extractive corporations, such as ExxonMobil and Rio Tinto, which accounted for at least 0.13 per cent of UBC’s public equities in 2019.

“Mining justice is climate justice,” SMJ wrote. “UBC can’t be an institution that on the one hand embraces climate action, while on the other hand continuing to build its endowment off of mining corporations that carry out environmental and human rights abuses abroad.

“What is particularly jarring about UBC’s continued investment in these companies, is that many of the corporations on this list have a track record of violating the core principles of the UN Declaration on the Rights of Indigenous Peoples [UNDRIP],” SMJ alleged.

Loh’s statement repeated the university’s commitment to adhering to ESG principles and its status as a signatory to the UN Principles of Responsible Investing last year.

SMJ and Students Against Bigotry (SAB) criticized UBC’s investment in industries that they say harm Indigenous communities, such as BHP Group Limited, one of the world’s largest industries in fossil fuel extraction and mining.

“[UBC] has its main campus on stolen Musqueam land. Beyond hollow land acknowledgements and purely performative virtue signalling, the administration demonstrates little understanding of what this actually entails,” wrote SAB in a statement to The Ubyssey.

In partnership with the Indigenous Committee, an extraordinary committee of the AMS, SMJ penned an open letter to university administrators in August demanding that mining justice be a part of climate justice.

The SMJ also said that the implementation of UNDRIP is incompatible with the acceptance of funds from any organization that “derive their profit from the violation of those principles.”

Listed in the top 30 industries of the endowment is Amazon, making up 0.2 per cent of the UBC endowment pool investments. SAB said it finds this cooperation problematic and another move by the UBC administration showing “a similar disregard for human rights.”

In its official statement, Solidarity for Palestinian Human Rights (SPHR) at UBC expressed disappointment to see a number of companies on the endowment that are allegedly complicit in environmental degradation and human rights violations. The statement listed, among others, Caterpillar, an American construction, machinery and equipment company, and Hewlett-Packard Company (HP), a hardware company also based in the United States.

“Especially shocking for us is to see companies known to be used by the Israel Defence Forces (IDF) and the Israeli Police,” wrote SPHR.

“Israel uses Caterpillar bulldozers to demolish Palestinian homes and farms. HP provides products to both the Israeli Army and the Israeli Police, as well as databases for Israel’s Population and Immigration Authority which runs the ID system to restrict Palestinian freedom of movement. These form the backbone of Israel’s segregation,” SPHR alleged in a statement.

Lockheed Martin, which received 0.03 per cent of overall endowment funds from UBC in 2019 and 0.02 per cent in 2020, also “assisted in strengthening IDF ground forces.”

“Lockheed Martin proudly provides fighter jets to the IDF which bomb Palestinians in the besieged Gaza Strip, destroying their homes, their livelihoods and thousands are murdered,” SPHR said.

Loh did not comment on these specific allegations from the students groups.

In January of this year, IMANT also released June 2020 endowment data which showed a notable decrease in the share of investments in the financial services and oil & gas industries. The December 2019 report shows around 1.24 per cent of the investments were in oil and gas — by June 2020, this number had fallen to 0.46 per cent.

Despite this, student groups expressed concern that UBC still isn’t upholding its commitments.

Climate Justice UBC published a letter addressed to the Board of Governors in September 2020 recommending full divestment from extractive industries. Climate Justice members Marcus and Cheang reiterated some of the same concerns expressed in the letter.

Marcus mentioned the need for more transparency in how UBC is upholding its responsible investing principles. She specifically demanded information on which companies UBC is screening out, the metrics it is using and data on its communication with companies.

Loh said that UBC “does not invest in individual stocks or companies,” and instead selects fund managers based on both financial and ESG considerations.

Climate Justice UBC also emphasized the need to fully divest not just from oil and gas industries but other extractive industries, including weapons manufacturing, tobacco and banking.

SMJ echoed the sentiment, but the group expressed that it was largely pleased with the efforts UBC is taking to redirect funds from mining industries in response to student activism over the years.

“We absolutely hope to see the university follow through on its promise to divest the balance of its Main Endowment Fund,” the group said. “What’s exciting for us about this promise is not just the removal of support from fossil fuel companies, but the opportunities that this divestment creates to ethically re-invest our school’s funds.”