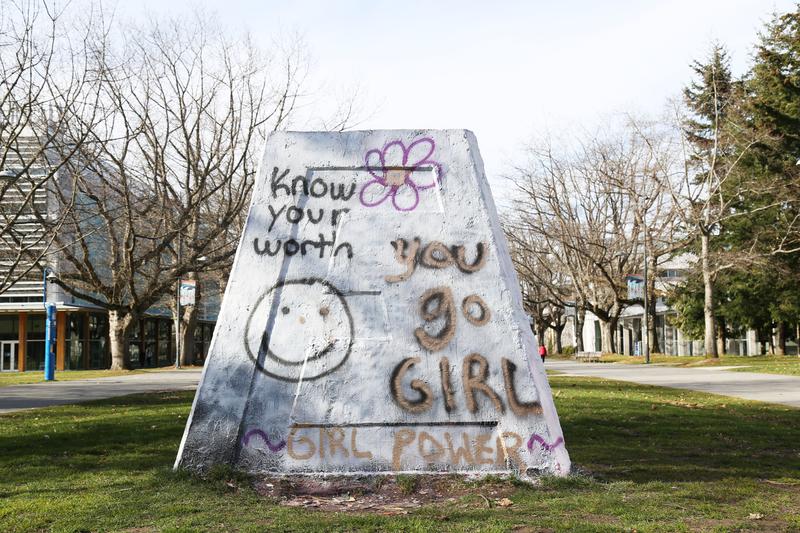 The Cairn was repainted after being vandalized this weekend. Jasmine Foong

Engineering students have repainted the Cairn to celebrate International Women’s Day after it was graffitied with images that some Reddit users were concerned were sexist.

On Sunday afternoon, a redditor posted a photo of the Cairn covered with a drawing of genital openings surrounded by the words “vagina,” “pu$$y” and “WAP,” a reference to Cardi B’s hit track.

“I’m specifically mad that they did it right before women’s day like, it’s gross regardless but it’s like an extra hint of sexism,” the original poster said, adding that they were concerned about past distasteful Cairn graffiti and what it says about the engineering student body.

“We’ve had some really amazing Cairn art in the past. Thought provoking, funny, artistic, beautiful,” said another user. “Then we get dicks and vaginas from ppl who wanna participate but don’t have any skills or good sense of humor.

“I’m not even saying I’m above dick jokes. But spraypainting this for all to see is just … so dumb.”

The Cairn is a cultural icon of the faculty of applied science. It’s a campus tradition for students — engineers and non-engineers alike — to deface the Cairn to mark holidays or special occasions. 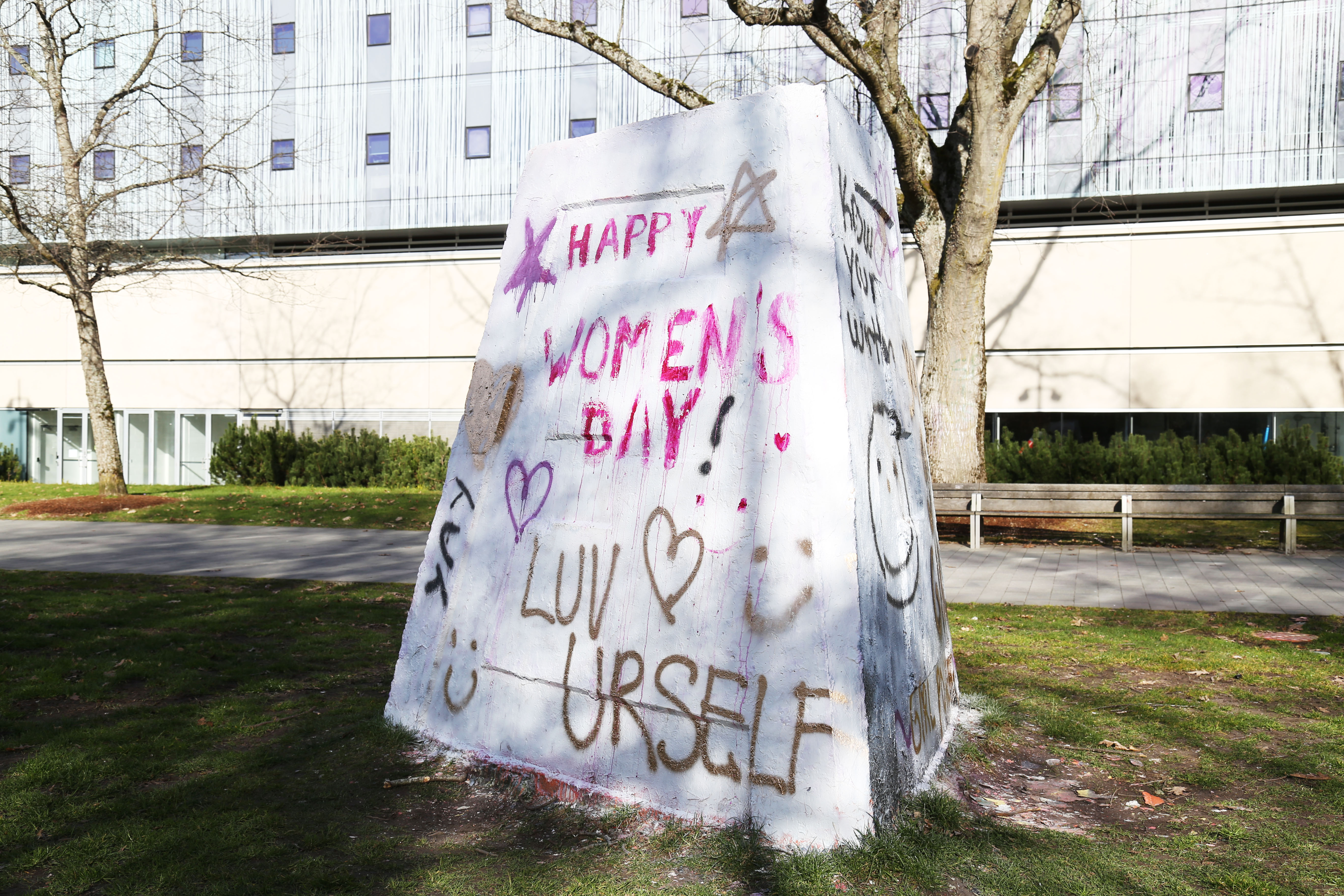 The Cairn was repainted for International Women’s Day. Jasmine Foong

Emma Dodyk, president of the Engineering Undergraduate Society (EUS), said in an email to The Ubyssey that the society “does not condone vandalism of any kind of the Cairn.” EUS policy defines vandalism as any painting or altering of the Cairn by someone not affiliated with the EUS.

Dodyk said that first-year EUS volunteers repainted the Cairn “quite quickly” with a new message in support of International Women’s Day. Now, the Cairn is the typical white once more, covered with stars, hearts and messages of “luv urself,” “yay” and “happy women’s day!”

“Maintenance of the Cairn has been more difficult this year as our volunteers, like most students, are not consistently on campus due to [COVID-19],” said Dodyk. “It therefore takes longer for us to be notified of vandalism, and to coordinate repainting once we are notified.”

The EUS encourages anyone to report Cairn vandalism to voice@ubcengineers.ca.

“Great work! Very bright and positive indeed!” one user wrote. “Spread positivity and inclusiveness, not misogyny/bigotry/hate. Shame on those who vandalized it with sexist messages earlier.”