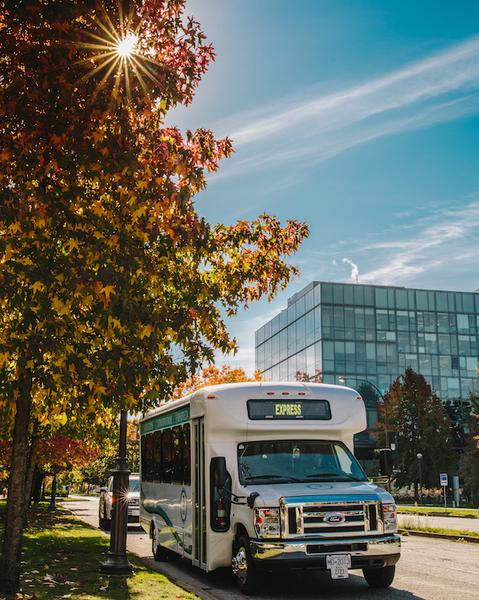 Starting at Highway 10 and 152nd Street, the shuttle charges $10 for a one-way ride that takes 75 minutes. Courtesy Beyond Travels

There is now a private express shuttle going directly from Surrey to UBC, following approval from Translink earlier this month.

The Beyond Shuttle — also known as the B-Shuttle — was created by Beyond Travels Founder Baljit Chahal, who described it as a “luxury-style, ride-sharing vehicle.” According to him, the small shuttle does not having standing room, but it is equipped with wifi, USB charging plugs and reading lights.

Starting at Highway 10 and 152nd Street, the shuttle charges $10 for a one-way ride that takes 75 minutes. The shuttles run once an hour for twelve hours, with the first bus departing Surrey at 5:45 a.m. and the last bus departing UBC at 5:45 p.m.

Users can book their rides in advance on a smartphone app.

Chalal said he created the service to fight traffic congestion and pollution in the metro Vancouver area.

“How can we help people to move more easily [and] to reduce their carbon footprint?” he said. 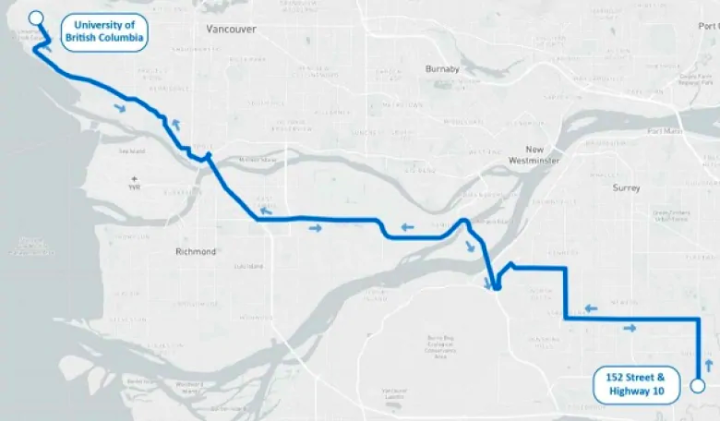 But for some community members, the price is a deterring factor.

“I commuted from South Surrey and there's no way in hell I'd pay $20 a day to go to and from UBC [...] If you're already paying for the Upass, you might as well just deal with the added time and use it towards something productive,” commented Reddit user Namtsua.

Chahal responded that the service provides both convenience and supports the environment.

But he is not opposed to the idea of lowering the price.

“We will cut down the price if the volume comes up,” Chahal said. “Otherwise it is very hard. If all the people come, we will bring down the price.”

He added that the service’s cost could be lowered if the company receives external funding. A transcription from the October 4 Translink meeting explicitly states that “no financial support will be provided by TransLink or any of its subsidiaries.”

Chalal also expressed frustration with Translink’s disapproval of his first shuttle service proposal, which would have run along Broadway — the same route as the 99 B-line.

Translink denied this proposal, noting that it makes the decision to grant approval based on whether the independent transit service “reduce the effectiveness or financial viability of the regional transportation system.”

“The board determined the Surrey route would not hurt our operations and can actually support our commitment to sustainability by getting more people out of their cars,” said Jill Drews, Translink’s senior issues management advisor, in a statement to The Ubyssey.

Currently, the service is going to run until the end of 2019, when it be re-evaluated by Translink. Chalal is confident that it will be renewed.

“It isn’t like a deadline, now you can do it and after that you can’t. We will just renew it,” he said.