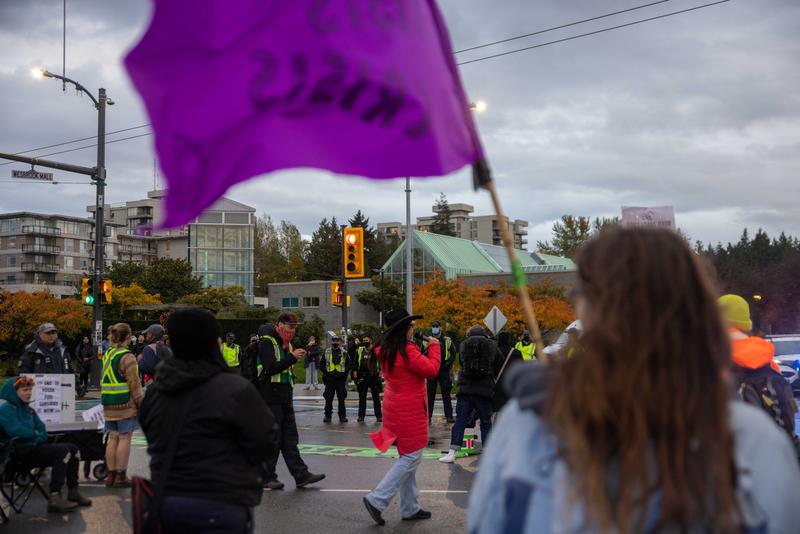 Extinction Rebellion met at the Jim Everett Memorial Park at 4:30 p.m., and after speeches from main organizers, 30–40 protestors proceeded to block the Wesbrook Mall and University Boulevard intersection at 5:30 p.m., singing songs, chanting and yelling at police. This protest was part of the group’s 14 days of protesting to end fossil fuel subsidies.

Last night’s protest was focused on getting UBC to move up its divestment timeline. The university has currently committed to divestment by 2030.

By 5:45 p.m., RCMP officers — many who had come in from other jurisdictions — began demanding protestors leave the intersection. At 5:52 p.m., the first protestor was arrested after they sat down in the middle of the intersection. A second arrest followed a few minutes later. 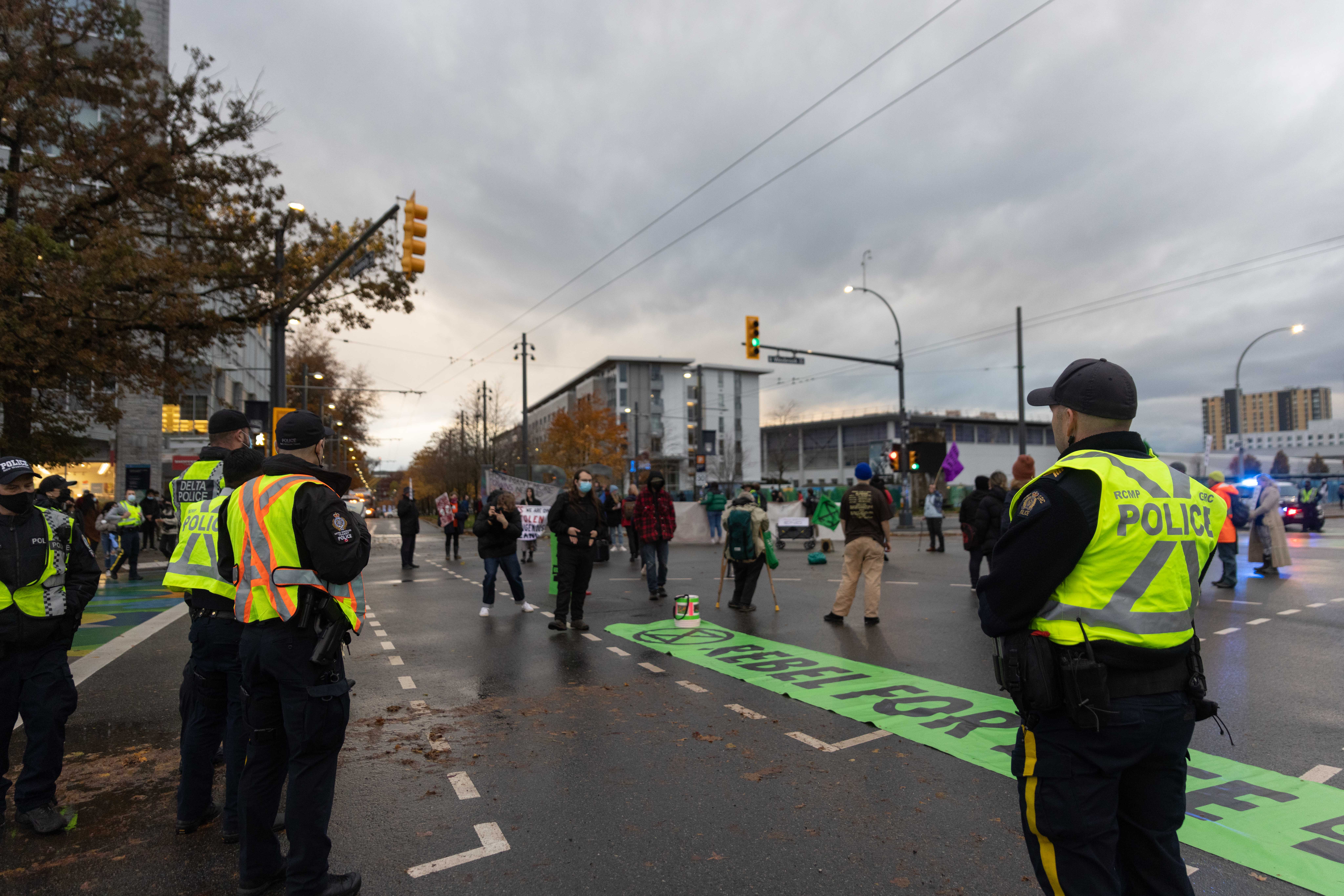 Corporal Ian Henderson, media relations officer from the RCMP Richmond detachment who was at the protest, said the RCMP’s role was to ensure the protest was peaceful, lawful and safe.

“Please kindly move off the road,” an RCMP officer said to the people still in the road shortly before 6 p.m. 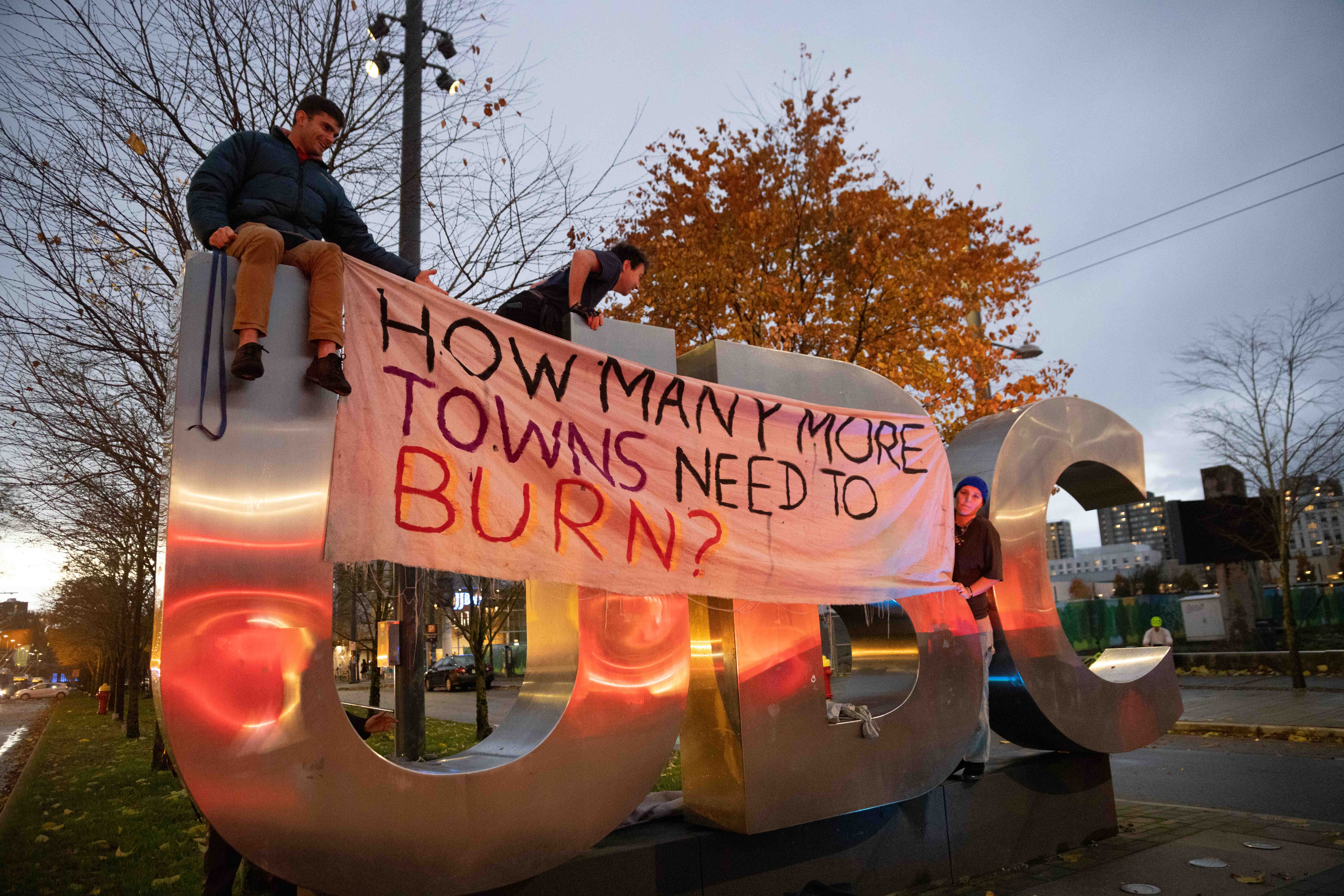 By 6 p.m., the intersection was clear.

Ahead of the protest, Lauren Emberson, a UBC assistant professor in psychology and an organizer at Extinction Rebellion, said the point of the protest was to push UBC to divest before 2030 — a date she said is not soon enough.

“If you listen to what the scientists are saying, we’re in negative time at this point,” Emberson said. “This is catastrophic ... Divestment in nine years seems like a very long time.”

Olivia Howe, a second-year conservation student and organizer at Extinction Rebellion Vancouver, said she got involved in the organization because she was “tired of nothing ever working.”

“We’ve been writing letters to organizations for years … we’ve been marching for 30 years and there hasn’t been any change. So our civil disobedience, direct action, non-violent, disrupting the status quo is the only way to get anything done,” Howe said.

Extinction Rebellion led a non-violent protest earlier this evening in front of the UBC bus loop, calling for #climateaction and #fossilfueldivestment from both #UBC and the federal government, as well as #landback to the Coast Salish peoples. pic.twitter.com/AoNYKWVibO

Emberson stressed the importance of arrest in these protests.

“We go out and we actually risk arrest and many people do get arrested...” she said. “The only moral thing to do when things are immoral in society is to become a criminal.”

In the past, community members have expressed frustration at these kinds of protests blocking the buses from leaving campus. In response to this concern, Emberson said Extinction Rebellion doesn’t want to be doing this kind of action.

Howe emphasized the need for a “full-scale student rebellion” against the climate crisis. 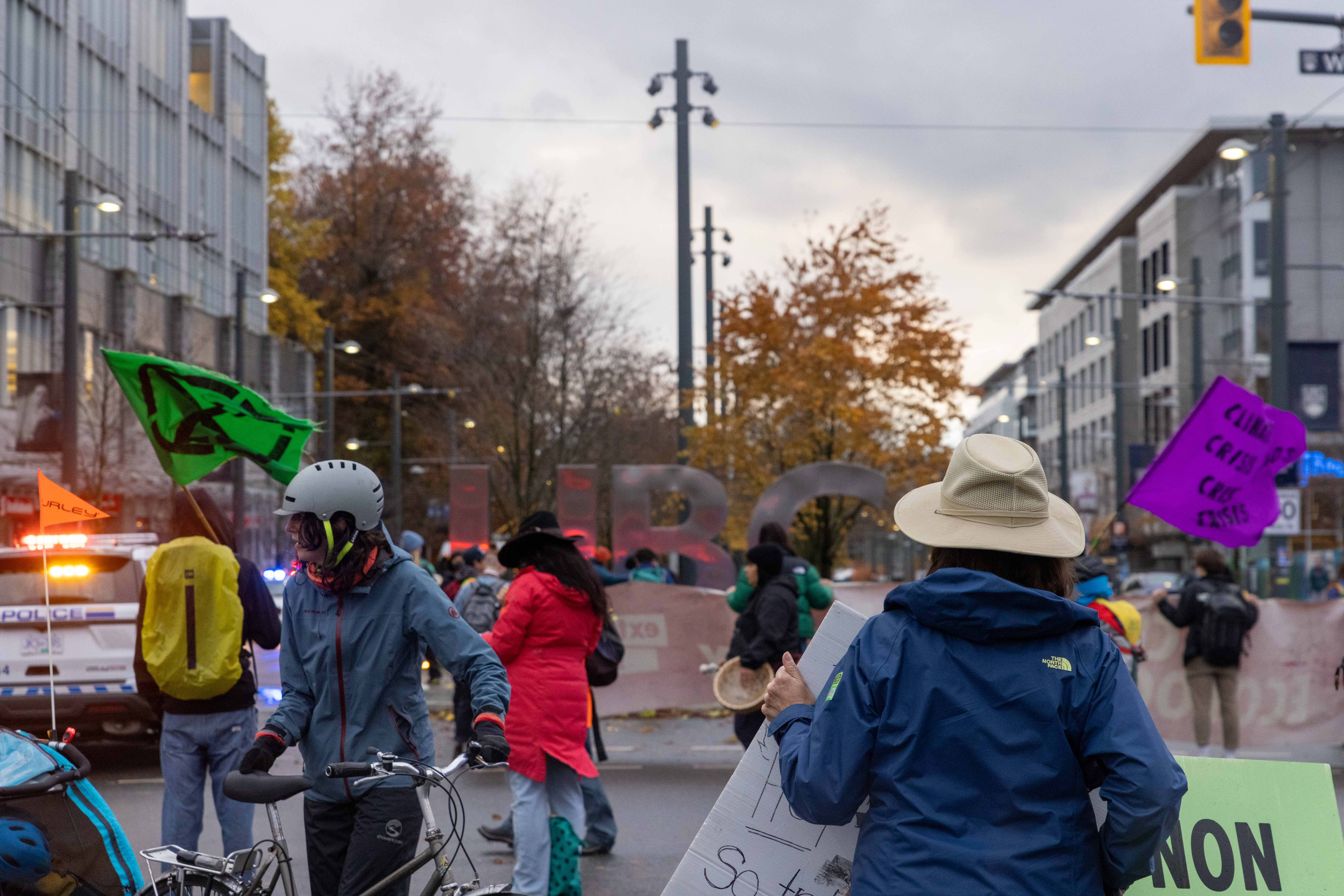 “This is such an issue for young people, and we need to see young people involved in this … Climate change will kill us and ending fossil fuel subsidies is the way to save us from that as a start.”

Extinction Rebellion will be back on campus at 4:30 p.m. today.