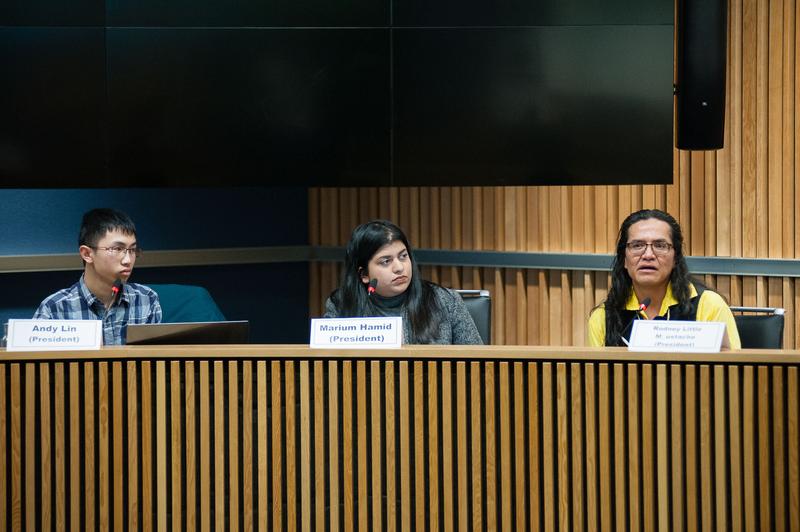 The first debate of the 2018 AMS elections season is in the books. This one saw the candidates for the Student Legal Fund Society (SLFS), AMS president and UBC Senate square off in a contest that remained mostly respectful, save for a couple flare-ups.

We didn’t find anything to fact-check in the SLFS debate, but the presidential and senatorial candidates made some claims worth another look.

Andy Lin said he would work to implement Christian apologetics courses at UBC.

While he could certainly lobby the university, the AMS president doesn’t sit on the UBC Senate — the body responsible for approving new courses.

Lin said there have been complaints since the last by-election from clubs that were rejected by the AMS.

True — the AMS deconstituted and rejected dozens of clubs last term, and some are not too happy about it. 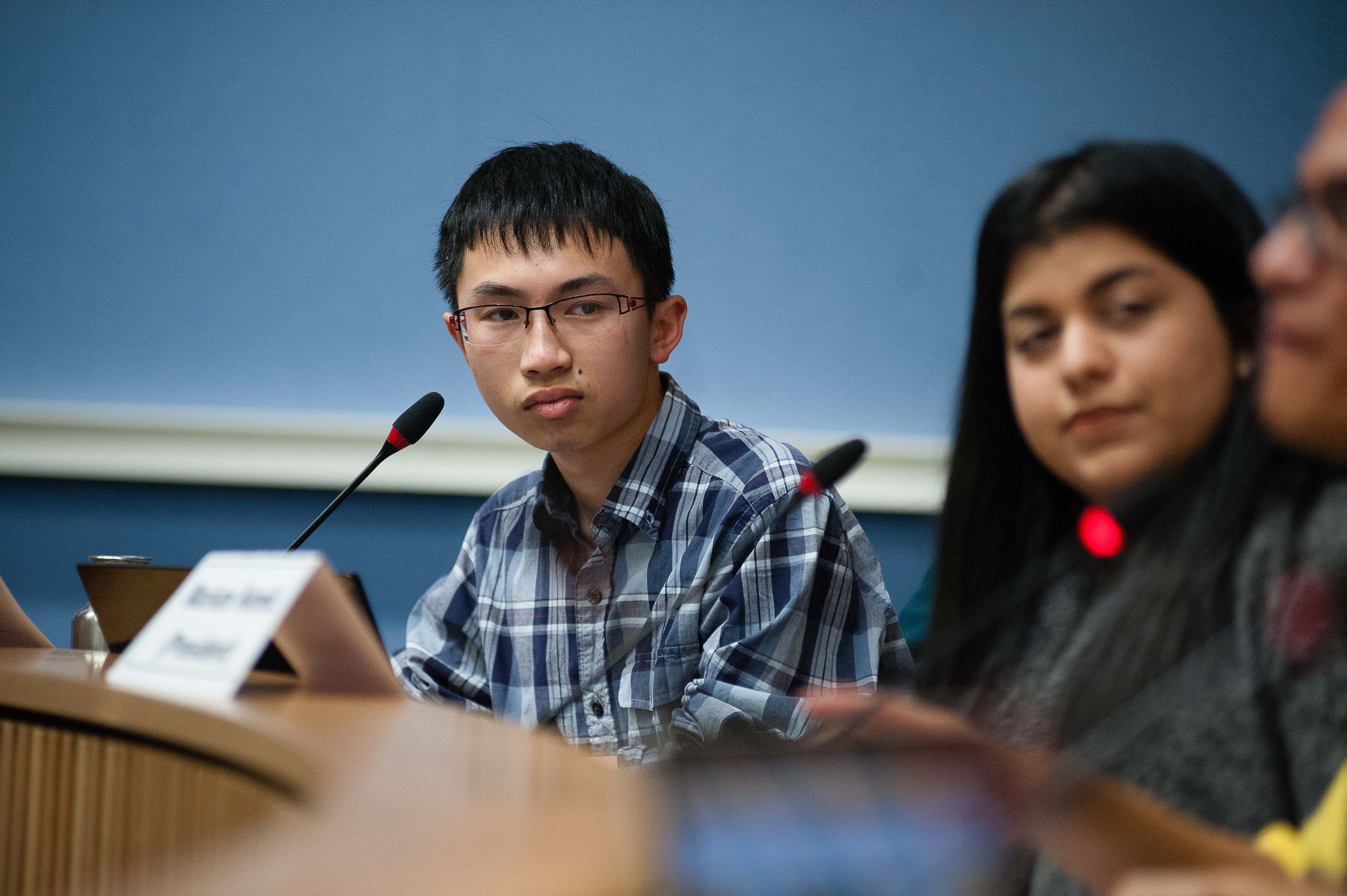 When asked which action or initiative taken by the AMS over the past year the candidates would change, Rodney Little Mustache pointed to sexual assault saying, “That’s one policy that I still hear is being worked on. That’s something that should have been done from the first day we signed that paper to be completed.”

Little Mustache was most likely referring to Policy 131—Sexual Assault and Other Sexual Misconduct, which is a UBC policy, not an AMS policy. Policy 131 was approved by the Board of Governors in April 2017 and came into effect in May 2017, after two years of drafting and feedback. Not all parts of Policy 131 have been fully implemented as of today. While the AMS and GSS were heavily involved in the consultation process, it is unclear to what extent the AMS could have sped up the process.

True, according to a report the AMS Services office compiled for record-keeping with UBC. 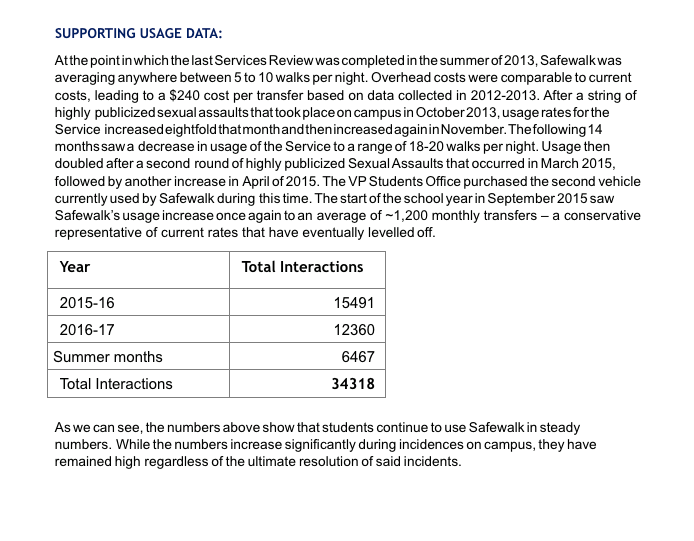 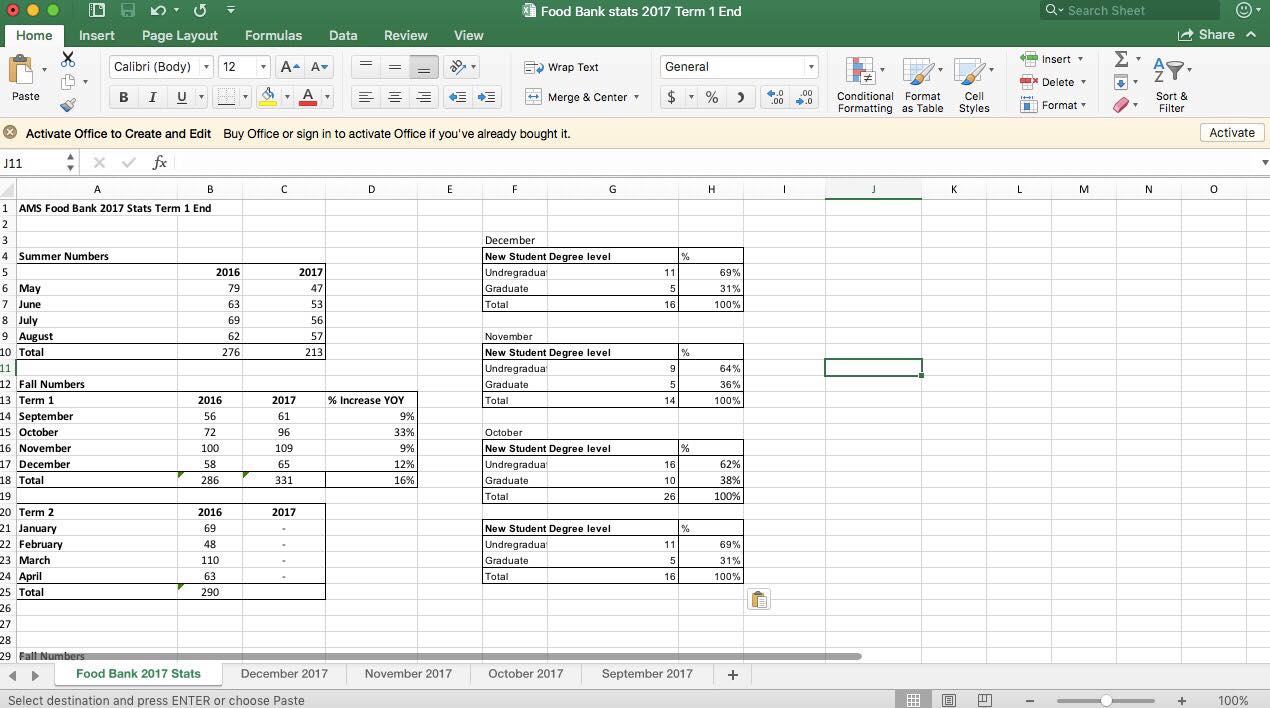 When The Ubyssey reached out to Hamid to follow up, she sent the above screenshot, which she said came from internal logs that AMS Student Services keeps of Foodbank interactions.

“For the sake of confidentiality,” she said, “I cannot disclose the entire document but for the last term, of all new interactions within that term, the average % of graduate usage was approximately 34%.”

However, Food Bank Coordinator Joshua Kriesel said in a message that during the last term, 26.1 per cent of visits were from graduate students.

True — there are a couple of different youth in care programs, but they all only apply to youth in BC.

Senate was working on a policy that would mandate syllabi for all courses, but it definitely seems to have dropped off the map.

—With files from Joshua Azizi and Sophie Sutcliffe