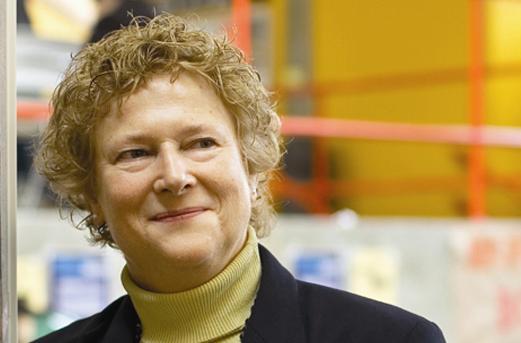 Dorothy Shaw, one of the newest Order of Canada recipients. Wikicommons

In the last year, four UBC faculty members have been appointed to the Order of Canada, the country’s highest civilian honour. Approximately 100 Canadians are inducted to the Order with each bi-annual round of appointments that take place in December and June.

These recent appointments continue a strong presence in the Order of Canada for UBC faculty, with five faculty members having been appointed in the December 2015 intake alone.

Awarded by the Governor General after appointee recommendations are made by an advisory committee, the Order of Canada was created in 1967 to recognize Canadians who have demonstrated “outstanding achievement, dedication to the community and service to the nation.”

“When they called to tell me that I had been appointed to the Order, I had to get them to repeat it,” said Dr. Jan Christilaw, a clinical professor in the department of obstetrics and gynecology at UBC. “I was just so thrilled.”

As president of BC Women’s Hospital and an executive of the Society of Obstetricians and Gynecologists of Canada, Christilaw works to push a variety of issues surrounding women’s health to the top of the agenda in Canada’s healthcare system, including midwifery practice and the reduction of maternal mortality.

“Women’s health is so rich with opportunities and I think that’s why I’m so passionate,” said Christilaw of her 35 years in her field. “I love working to see what happens within society when human rights, reproductive rights and clinical care are aligned.”

After her appointment as a member in December, Christilaw says she is looking forward to travelling to Ottawa this spring to be officially inducted by the Governor General.

“I’ve given a lot to the Canadian health care system … and now I feel that, on some level, that has been recognized,” said Christilaw. “I feel like my country is saying thank you.”

Immediately after Dr. Dorothy Shaw, a clinical professor in the department of obstetrics and gynecology, was notified that she had been appointed as an officer — the Order’s second-highest rank — the call dropped.

“I spent about 20 minutes frantically trying to find reception for my phone,” she said.

Shaw has focused her career on improving women’s and newborn health through international advocacy. In 2010, she was named Canada’s spokesperson for the G8/G20 Partnership for Maternal, Newborn & Child Health.

“When women have access to family planning of their choosing, they have the ability to control their reproductive lives in a way that gives them the best health,” said Shaw, who also serves as the vice-president of medical affairs at BC Women’s Hospital. “We still have work to do [in Canada].”

Citing the intersection of social justice and women’s health as her work’s inspiration, Shaw stressed the importance of the work that still lies ahead for medical professionals.

“I didn’t do [my work] with any expectation of recognition … and I continue to do it because I believe in it,” said Shaw.

Before he had even completed his obstetrics rotation in medical school, Dr. Michael Charles Klein had already delivered dozens of babies as a volunteer medical student in Ethiopia.

Klein, now a clinical professor in UBC’s department of family practice, credits his success working on newborn and maternal health to his experiences with traditional midwifery practices in Ethiopia. He has since worked to legalize and make safe midwifery in British Columbia.

“As midwifery was becoming established, we wanted to study it and make sure that it was both safe and well-organized,” said Klein, who worked at both the BC Children’s and Women’s Hospitals for more than 10 years. “I put together teams of nurses and doctors that attended the midwives’ births in the Women’s Hospital so that they could be legal, even before the legalization of midwifery in BC.”

His appointment also recognizes his research contributions, notably for work that revealed and reduced the trauma involved in episiotomies — a once-routine procedure which involves a surgical cut to expedite childbirth.

“During the Vietnam war, every physician was drafted without exception … and I would not participate in the war,” said Klein, who deserted his position as captain in the US Military Medical Corps in 1967 and fled to Canada on an overnight flight to Montreal.

“We were embraced by Canada, both my wife and myself, as former Americans who escaped,” said Klein. “There’s something quite special about that to us.”

A professor emerita and the founding director of UBC’s midwifery program, Dr. Elaine Carty has focused her career on the integration of midwifery into prenatal and maternal clinical care.

Carty, who was unavailable for comment before time of publishing, was named a member of the Order of Canada “for her instrumental role in establishing professional midwifery care in British Columbia.”

Her research focuses on early postpartum discharge from hospital, women’s experiences of long-term antenatal hospitalization, resources for women with disabilities and the impact of drug advertising on women’s health.