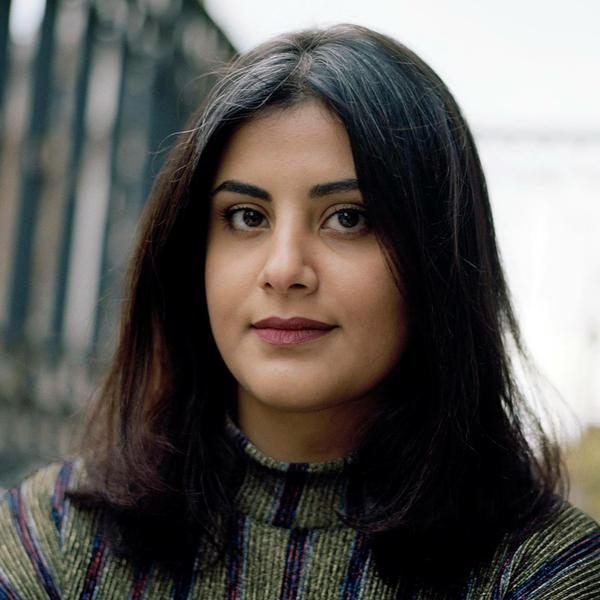 Written and published by three faculty members this morning, an open letter in support of alumna Loujain Al-Hathloul, who is imprisoned in Saudi Arabia for her activism, has gained over 50 faculty signatories by 8 p.m.

Al-Hathloul, who graduated from UBC in 2014 with a degree in French, is an activist who focuses on promoting women’s rights in Saudi Arabia. In particular, she has become well-known and was also previously detained in 2014 for her campaign for women’s right to drive.

“She is an example of a student who has been very courageous, who has committed herself to a cause and really followed through,” said Dr. Sima Godfrey, an associate professor in French studies. A signatory of the open letter, Godfrey also previously taught Al-Hathloul.

“Aside from being very committed to the cause of women’s right in Saudi Arabia, she was a very engaged student as well.”

Announced in September 2017, Saudi Arabia’s lift of the ban on female drivers is supposed to come into effect in the upcoming month.

But on May 15, she and nine other human rights activists were arrested. Since then, three were let go, but Al-Hathloul is still being detained without access to a lawyer. While the charges are still unclear, they have been denounced as “traitors or foreign agents” who attempted to destabilize the Saudi government.

The faculty letter campaign came after UBC declined to comment on the topic for a CBC article that was published this morning because “the university has over 300,000 alumni and ... it would be ‘inappropriate’ to comment on actions unrelated to their time at UBC.”

UBC needs to issue a statement of concern and mobilize it's army of PR officials to ensure that there is truth behind our vision, just like @ubcprez said at grad - telling students it's up to them to make a difference. Loujan Al-Hathloul is doing just that!

Written by Board of Governor (BoG) representative Charles Menzies, mathematics professor Nassif Ghoussoub — who is also the father of the CBC article’s reporter — and philosophy professor Alan Richardson, the letter noted that Al-Hathloul is still technically part of the university’s “academic community” because she holds a UBC degree.

“We as faculty members at UBC (and thus as members of Convocation also) expect and demand that UBC show more concern for the welfare of all members of the UBC community — and certainly those whose human rights are actively being violated,” the letter reads.

The letter then criticized UBC for supporting human rights in its “policies and statements,” but not supporting an alumni who apply them.

“It’s simply a general principle that everyone is entitled to justice and to basic human rights, I see no reason why the university shouldn’t come out with a statement like that,” said Godfrey.

Godfrey also found it ironic that UBC declined to comment initially, saying that Al-Hathloul is being the model the university is trying to promote throughout graduation ceremonies.

“They’re giving all these messages to graduates about ‘Going out there, the world is there, we count on you to improve it,’” she said. “Here’s somebody who went and did it ... If anything, I would like to think that the university is proud to produce someone who has gone out there and fought for human rights.”

The letter ends by calling for UBC President Santa Ono, Chancellor Lindsay Gordon, and the BoG to “actively and publicly demand that she be treated justly in Saudi Arabia and to work to assure that she is so treated.”

I am aware of the arrest of UBC alumna Loujain al-Hathloul and other prominent Saudi women's rights activists & lawyers. I share the concerns of Ms. Al-Hathloul’s friends, family and the wider community over her wellbeing. (1/2)

I agree with the Government of Canada position - these arrests are inconsistent with the Saudi government's stated commitment to create a more tolerant and open society. (2/2)

“I share the concerns of Ms. Al-Hathloul’s friends, family and the wider community over her wellbeing. (1/2),” his tweets read. “I agree with the Government of Canada position - these arrests are inconsistent with the Saudi government's stated commitment to create a more tolerant and open society. (2/2)”

But this statement does not seem to be strong enough for the faculty members who penned the letter.

“It’s a start to acknowledge the situation, but merely agreeing with the federal government, who continues to arm the saudis, is not sufficient,” said Menzies in an emailed statement to The Ubyssey.

If "inconsistency" is the verdict @UBC, and alignment with the government is its response, then we obviously need many more signatures to let that sink in. @arichardson_phi @charlesmenzies @UbysseyNews @CBCNews https://t.co/WCIM8lkvjU

Beside the faculty letter campaign, there will also be a rally downtown tomorrow in support of Al-Hathloul and other activists who were detained.

“I’m very proud of her, but I’m also very concerned,” said Godfrey, who is planning to attend the rally. “I hope that the media attention she is getting is going to protect her and the others with her at some level.”

This article has been edited to update the number of signatories that the letter garnered by 8 p.m. on May 29.