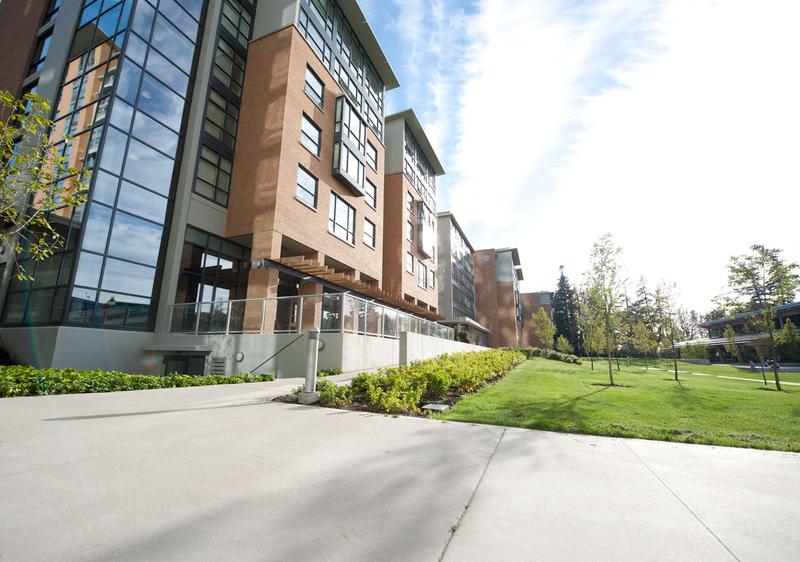 "We could have done much better if we had an academic administration that values and focuses on the academic mission." Geoff Lister

Following the update of the Housing Action Plan (HAP) last month, some UBC faculty have raised concerns about the availability of affordable housing for faculty members and the university’s failure to validate or recognize their grievances about faculty housing.

“The issue of housing has been a significant and serious issue [for faculty] for as long as the housing market in Vancouver has been as super-inflated as it is,” said faculty Board of Governors member Dr. Charles Menzies.

Dr. Nassif Ghoussoub, a mathematics professor who chaired the group that developed HAP, argued that adequate faculty housing is imperative to the recruitment and the retention of faculty who would further UBC’s quality of education, and raise the university to a more esteemed position.

Expressing his frustration towards the lack of attention given to this point, Ghoussoub stressed that neither UBC administration nor the UBC Property Trust (UBCPT) is concerned with the “academic mission” of UBC. UBCPT is a private organisation owned by the university, which focuses on optimizing real estate assets on campus.

“Personally, I don’t feel that UBCPT ... has a grasp of how to support the academic mission,” he said.

While different solutions have been suggested over the years, some of those that have been adopted were not followed through. Ghoussoub gave the example of his proposal — from when he occupied a position on the Board of Governors — that 10 per cent of newly developed housing units should be reserved for faculty members. Despite being approved in 2012, this was never implemented.

Of the models that have been implemented thus far, Ghoussoub said, “Some are good — it’s better than nothing. But I think we could have done much better if we had an academic administration that values and focuses on the academic mission.”

Doubt over accessibility of current plans

According to a model implemented in 2016, the 10-year Faculty Housing Strategy, the university offers loan assistance to faculty through the down payment assistance program (DPA) and the prescribed interest rate loan program (PIRL).

However, Ghoussoub argues that the current plans provide insufficient monetary compensation for “the high-quality people that you want to retain and attract” to faculty positions at UBC.

At the same time, problems also arise within this model when considering the accessibility of these services, for they are geared towards “people in high-level administration ... and people who are coming in with a large salary package to begin with,” said Menzies.

This fails to address the housing concerns shouldered by many new faculty hires, Menzies said, citing the cost of housing on and near campus as approximately 10 to 15 times the average starting salary for faculty.

“That’s not a problem that is unique to faculty,” Menzies acknowledged. “It’s even worse for staff and it’s a persistent one in the city of Vancouver. But it’s something that the university, in trying to retain faculty, needs to pay attention to.”

Siobhan Murphy, UBC’s manager of housing support programs, said in an emailed statement to The Ubyssey that the retention and recruitment of faculty remains a “priority” for the university.

“The housing market in Vancouver is very challenging, and has affected UBC the same way it has affected any employer in Metro Vancouver,” she said.

“That’s why we’re doing what we can to address it,” Murphy added, citing recent updates to the HAP that were made following its five-year review.

Who is making the case to the university?

At the same time, some professors who have been championing the cause for faculty housing are concerned that there is no representative group to make the case for their concerns.

Although the Faculty Association (FA) is meant to act, according to their website, as a “bargaining agent” for UBC faculty, there lies some ambiguity with respect to their jurisdiction and areas of influence.

“Some people believe that the Faculty Association is just a union and it deals only with union issues,” said Ghoussoub, citing litigation and collective bargaining as their main areas of focus.

“The key issue here is that the faculty does not have, based on this, a body to represent it in [housing] issues,” Ghoussoub stated. “And these are important governance issues. Hence the frustration.”

“You can’t fault both parties if one party refuses to really open the door,” Menzies said. According to him, if university administration wants to keep the door on these discussions closed the FA isn’t left with much scope to make the case for housing.

“The university appears not to be interested in officially engaging in discussions with representative organizations in [UBC] faculty,” Menzies said.

Murphy stated that the university’s consultation with faculty takes “many, many forms.” She gives the example of the consultation summary report produced in 2015 for revisions to the Faculty Housing Ownership Program (FHOP), as well as the “detailed periodic surveys” issued by the university to address faculty and staff housing needs, to demonstrate this point.

Initiatives like the rent-geared-to-income pilot project, she said, reflect UBC’s “extensive consultation” with faculty and staff.

Ghoussoub believes that UBC must follow in the footsteps of distinguished universities like Harvard, Columbia and Stanford, as he attributes their esteemed rankings to their attraction and retention of highly respected academics — in part due to their successful housing plans for faculty.

“If we put our resources in the faculty, then the university will climb,” Ghoussoub stated.

Murphy, however, affirmed that the university has “worked hard” to establish a housing program that facilitates the recruitment and retention of world-class faculty. “And we continuously assess the program to determine what additional measures we can take,” she said.

“We recognize that, despite UBC’s efforts to support home ownership, finite resources will mean that some faculty members may still be hampered by housing affordability issues,” Murphy stated. “In response to this, UBC has established targets in its Housing Action Plan to generate faculty rental accommodation as well as reviewing its waitlist protocol.”

With respect to how the university balances faculty housing needs with those of students’, Menzies and Ghoussoub both believe that the university is too strongly oriented towards student politics. However, they also both acknowledged that this should be fixed by addressing faculty demands, rather than diminishing attention towards the student body.

“[The university] needs to augment their engagement with faculty, and they need to do it by reaching out to faculty official representatives on campus,” Menzies said.

A previous version of this article said that Menzies cited the cost of housing on and near campus as approximately two to three times the average starting salary for faculty. He actually said 10 to 15 times. The Ubyssey regrets this error.