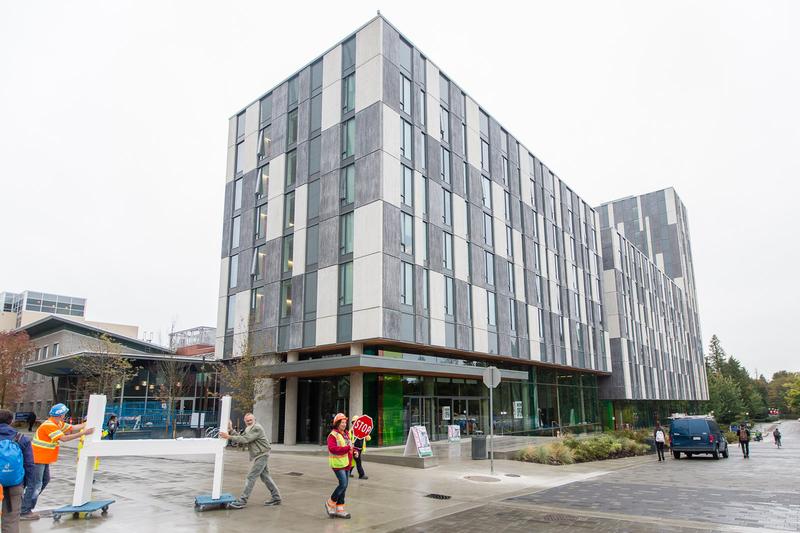 It’s 2 a.m. A fire alarm rings in residence, and you’re forced to leave your comfortable bed to evacuate the building. It turns out to be a false alarm.

Sound familiar? If you live in residence, you’re lucky if it doesn’t.

According to a UBC report, only five actual fires were reported in UBC residences from 2014 to 2017 — but a whopping 212 fire alarms were set off between November 2017 and November 2018 alone.

And residents are getting tired of it.

“We just had a fire alarm at 5:30 in the morning,” said Aviral Saxena, a first-year student living in Orchard Commons. “... It was so cold outside and I didn’t even wear a jacket in a hurry. I could also see the front desk flooded with people who forgot their keys inside.”

Many students associate 'false' fire alarms with mischief. But Tiffany Mintah, associate director of residence life at Student Housing and Hospitality Services (SHHS), said most occur due to detectors picking up harmless, localized sources of smoke.

“[The] majority of these alarms are a result of people accidentally burning their food,” said Mintah. “They’re not malicious pulls by any means."

She said the SHHS is taking measures to prevent false alarms, including educating residents about how to avoid triggering false alarms, like opening windows when preparing food that could create smoke. Students are also informed about the problems posed by fake alarms during the residence orientations and meetings.

Mintah was quick to clarify that false alarms are generally not intentional, but many students still believe they reflect a lack of consideration for neighbours.

Residence contracts explicitly mention that a student caught pulling the alarm out of malicious intent will be evicted.

Fire alarms triggered due to smoke resulting from food also leads to a penalty of two ‘points’ in a student’s residence profile. Accumulation of four of these points may also lead to termination of the contract.

Vancouver Fire and Rescue, which services the UBC area, did not respond to a request for comment by press time.