Financial aid for domestic students: the money’s there, the education’s not 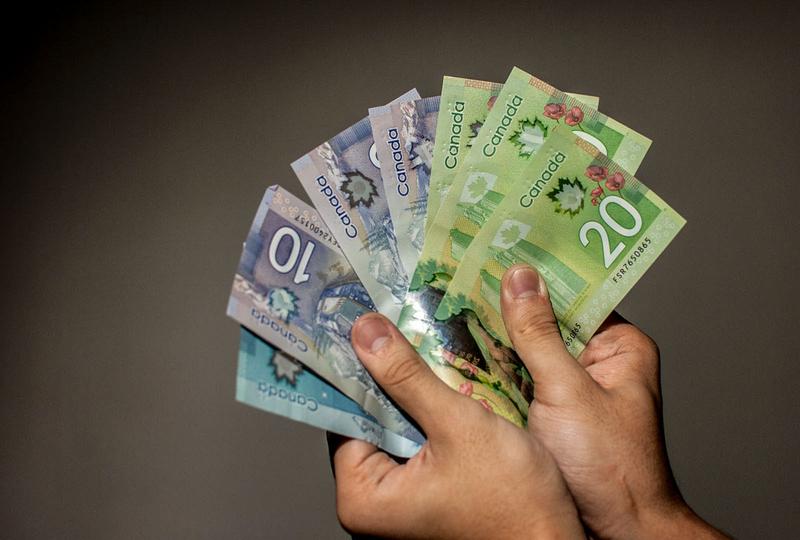 Do you have a avery hazy idea about how student loans works? So do we. Photo Boris Bosnjakovic / The Ubyssey

Last June, the Board of Governors was presented with a document on the current state of affairs for financial aid earmarked for domestic students at UBC.

“UBC is losing students to other universities because of the perceived lack of availability of entrance awards and financial support at UBC,” read the report. “A comparison of UBC’s financial information vis-à-vis University of Toronto and McGill University reveals that UBC’s spending on scholarships, fellowships and bursaries as a [percentage] of total university expenses lags behind the other two universities.”

As it turned out, that the report was not entirely correct. The University of Toronto and McGill University used “creative accounting” in calculating how much they give to financial aid as a percentage of their operating budgets, said Darren Fernandez, associate director of enrolment services.

Fernandez told The Ubyssey that UBC’s contribution towards financial aid for domestic students is actually at comparable levels with McGill University and the University of Toronto when seen as a percentage of annual tuition revenues.

“We’ve opted to look at it more as money in tuition dollars that are coming in from students, as opposed to the operating funds because, in some of those cases, it’s [comparing] apples and oranges,” said Fernandez.

However, the report in part ignited a push for change to how financial aid for domestic students is allocated at UBC, a change which went through this past autumn.

“What we’ve now done is tied a percentage of tuition to go towards financial aid,” said Fernandez, explaining that domestic aid is now set aside in a similar manner to how international student aid is set aside.

Five per cent of “base tuition” — meaning the cost of tuition in the Faculties of Arts and Science, the two largest faculties on campus — is allocated to domestic financial aid. If a program’s tuition is higher than that — Commerce, for example — then 15 per cent of the monetary difference between Commerce’s tuition and base tuition is given to domestic aid.

Part of the reason for this proactive action in domestic financial aid, said AMS VP Academic and University Affairs Jenna Omassi, is Policy 72.

“Domestic students [should] know that the university, as per a Board of Governors policy, is mandated to ensure that students can continue on their studies at the institution,” said Omassi. “That is the main difference that exists between domestic students and international students.”

At UBC, a student must already be on government student loans before they become eligible for financial aid from the institution.

“The majority of our loans assessment is based on the provincial needs assessment, except, on our end, we do a combination of electronic and manual assessment,” said Fernandez. While UBC looks at the electronic application a student completes to get provincial and federal student loans, they also take into account extenuating circumstances that might not be communicated on a computer screen.

“Every application is … assessed by a human being to make sure it fits the bill because, in some cases, there are things that the government can’t control that we can control for,” said Fernandez. “For example, parental income ... is taken into consideration, [but] not in the same sort of black and white approach that the province might take. [We recognize] that parents may not actually give the money to their student. We can be a bit more flexible.”

However, this is not to say that there are no issues with the way financial aid is given to domestic students.

“The biggest barrier is there is apprehension to take on debt, but it’s only once you have taken that on that you can seek financial aid from the institution,” said Omassi. “There is emergency funding … from the institution. But if your situation does change again, it will change the way in which your whole financial situation is, taking on debt potentially and not necessarily allowing for part-time students to be a part of this.”

Part-time students are not eligible for government student loans, therefore making their access to financial aid at UBC extremely limited.

Another issue Omassi identified is the lack of education surrounding financial well-being at UBC as well as a limited awareness among domestic students about the options open to them. She cited a statistic pulled from the academic experience survey which showed that a large number of students don’t know what their debt will be when they leave UBC.

“Which is really interesting because … that could mean a number of things, including that part of the reason they don't know is because of how complicated the situation surrounding financial aid is [and] how complicated loans and grants are,” said Omassi.

Courtney Loftus graduated from UBC last year with a BA in international relations. Throughout her degree, she relied heavily on student loans from the government and she also saw issues with the lack of education around financial aid.

“I think that they could give first-year students a little bit more of an education about finances,” said Loftus. “When I was graduating, UBC held a, ‘Oh, you have to repay your student loans. What’s next?’ sort of seminar, which is good, but I think that early on [in] first year, having a little bit more understanding of what I was getting myself into and what my next year would look like … would’ve been good.”

“In terms communicating how to get financial aid, I don’t find that there’s been that much communication,” said Alexandra Dye, a third-year commerce student who has been on student loans since first year. “You really need to search on the websites and look pretty deep before you get a good answer.”

Dye and Loftus are by no means alone — the June 2015 report to the board noted that 60 per cent of UBC students have needed some kind of financial aid during their time here.

“Institutions need to be aware that [students’] pursuit of studies is also very closely tied to their financial wellness and well-being,” said Fernandez. “Should 60 per cent of students be using other resources to fund their studies? How does that impact their success at university? I think that’s a very important question we need to ask.”

He too sees education as a crucial component of financial aid for domestic students at UBC.

“We need to make sure that our students and families that support our students are well aware about what it means to take out a government student loan. I think we need to ask why and ask what can be done to better support a student to not take on that kind of loan.”