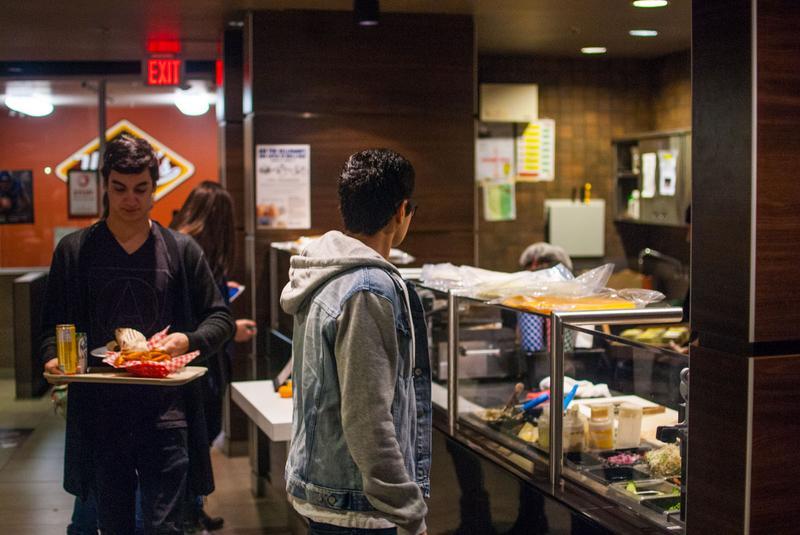 Last week, The Old Sub, a student affairs blog, released a sales report for food products sold at first-year dining halls — Totem Park, Orchard Commons and Place Vanier — from January to February 2017, which was obtained through a Freedom of Information request.

The report contains information that includes price listings for each product, their cost of sales and their profit margins. Upon inspection, it seems that their current prices are significantly more expensive this term than last term.

For example, Totem Park’s classic beef burger is priced at $6.99, whereas it is listed as $5.56 in the report. This difference is equivalent to a 25.7 per cent increase in price.

Colin Moore, director of UBC Food Services, attributed any price differences between this term and last term to the new student discount rate. More specifically, while discount rates varied based on cost of sales last term, the discount rate is now a consistent 25 per cent across all food items.

When taking into account the new discount rate, independent calculations do suggest that current prices are not that different from last term’s. After discounts, $5.24 would be the current cost of the classic burger, $3.74 for the breakfast samosa and $2.06 for the chocolate croissant.

Moore further stated that with the flat discount, the total food prices for a meal have decreased by approximately 70 cents or over 10 per cent in residence dining. This was observed through the drop in cost of the average ticket.

“We knew that as we moved to a 25 per cent [discount] across the board, we were going to deliver a higher discount for students, and that’s what’s happening,” he said.

Still, some students are troubled by these price differences.

“The price deviations as described isn’t something that I view [as] positive,” said second-year student Markus Lee after receiving the sales report. He was also part of the group of first-year students who organized a petition that expressed concerns over “the quality and cost of food” in first-year dining halls in February.

“We have persistently attempted to outline that the price of the food products was the biggest issue for the majority of the first year students last year, yet they chose to focus on students ‘not having enough money’ on their meal plan left.”

However, according to Maria Michouris — second-year student and one of the petition’s organizers — they have “recognized that changing prices was something really difficult to do.”

“Beyond our dividend, we’re not making profit.”

When asked to describe the challenges in adjusting prices, Moore brought up a few major factors, such as the service’s dedication to locally sourced food and the rising prices for food commodities.

Furthermore, while Food Services is self-operated, it still has financial obligations to UBC.

“Our values and our strategies are fully integrated with the university,” said Moore. “We’re not a third party contract operator. We have our financial commitment to our university ... and we got to meet those commitments.”

More specifically, Food Services usually has to commit around $1 million a year in dividend to UBC, which is determined in annual negotiations with the Board of Governors.

“Some years, we’ll make a bit of a surplus ... but generally speaking, it’s not [the case],” said Moore. “Beyond our dividend, we’re not making profit.”

Overall, Moore noted that while affordability is an issue to be tackled, the top priority of his department is to “provide a meal plan that provides great value, enough food [and] in a variety of places” instead.

“There are resources at UBC for students that are challenged to pay for a meal plan, that need to get support financially,” said Moore. “That’s not my forte or part of our department, but there are certainly resources available.”