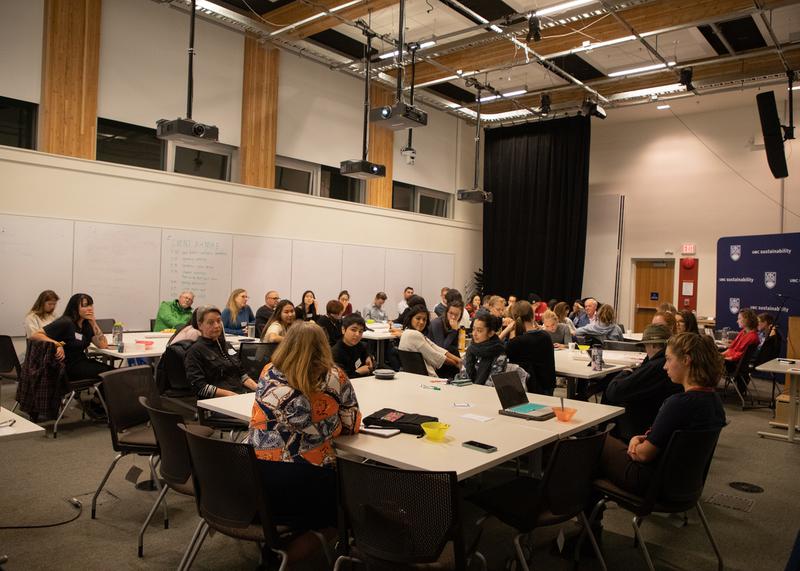 The students felt that Eat Think Vote was an important campaign to bring to UBC in anticipation of the upcoming federal election on October 21. Sophie Galloway

On October 15, students, local politicians and community members gathered at the Centre for Interactive Research on Sustainability for an evening of thought-provoking conversation. The topic was food insecurity among students and the political action needed to address it.

Eat Think Vote is a national campaign organized in partnership with Food Secure Canada and Meal Exchange. The campaign offers a platform for community members and politicians to discuss Canadian food insecurity.

The UBC event was organized by students in LFS 490, an upper-level course focusing on analyzing and interpreting issues related to the Canadian food system.

The students felt that Eat Think Vote was an important campaign to bring to UBC in anticipation of the upcoming federal election on October 21.

“Our main goal of this was to open the conversation [around food insecurity] and it was perfect timing right before the election,” said land and food systems student Daryl-Lee Schalm.

The night began with an address from LFS 490 students. Following a land acknowledgment, the speakers delved into statistics, focusing on student food insecurity. Following the speakers’ address, the Vancouver candidates were briefly introduced.

Following introductions, guest speaker Colin Dring took the podium. Dring, a life-long “professional student” discussed the “need for collaborative development on agricultural” and the “lack of [understanding] eating as a means of connection.” He ended by noting that nationally speaking, Canada needs a dramatic and immediate alternative to policies currently in place regarding the food system.

Speakers from sustainable food initiatives at UBC — Roots on the Roof, Agora Café and Sprouts — then briefly explained their organizations and the role they have within the community. 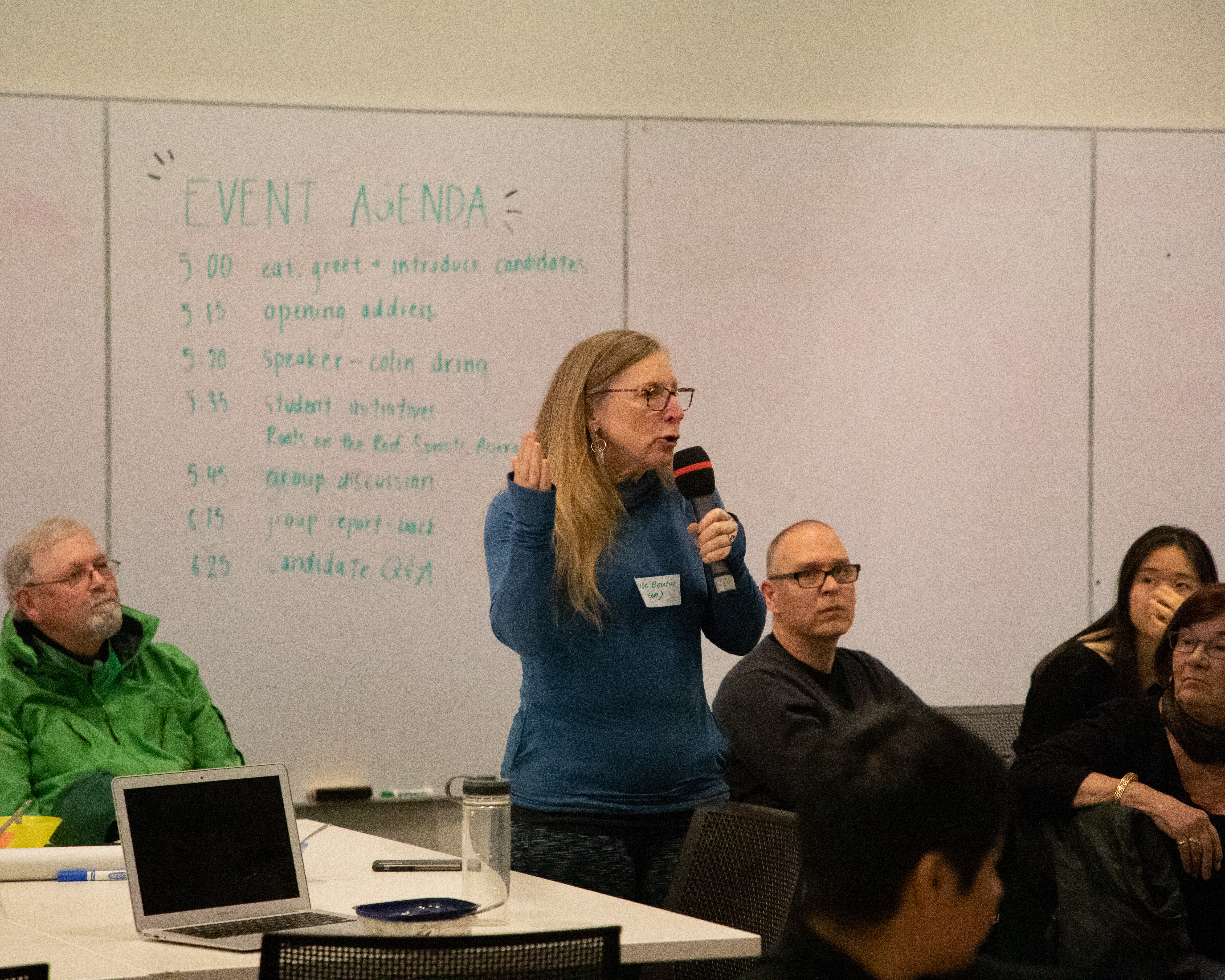 “Our main goal of this was to open the conversation [around food insecurity] and it was perfect timing right before the election.” Sophie Galloway

Following this was a group discussion. Each table held a moderator, a notetaker and one member of parliament. The moderators posed three questions for the groups to reflect on during this time: what the ‘starving student’ trope means to individuals and why has this become a rite of passage for many university students, what role does the cost of tuition play in affording food and should food insecurity be addressed differently for different groups of people?

Groups presented their insights after 30 minutes. Upon reflection of the seminars, Schalm said she thought there is a long way to go in terms of citizen-politician relationships.

“I think even when in a roundtable discussion candidates are always trying to have a front, they’re trying to be representing this whole party so it’s really difficult to break through that [barrier] and just have a conversation with them as a person who’s representing me,” she said.

Topics brought up in the discussion included financial barriers heightened by the UBC tuition, issues first-year students experience with residence and meal plan fees, the need for more culturally appropriate and affordable food on campus, and the overall mental strain students experience when attempting to time manage meal-planning, work and a full course load.

Louise Boutin reflected on her time at university, stating that it is hard for her to comprehend the fees students are paying in 2019.

UBC student Ali Nakajima-Inglis brought up the stress of working multiple jobs while also being in school.

“A lot of people I’m friends with, they all have jobs, they’re all providing for themselves and they're in their sixth year at university because they have to go slower,” Nakajima-Inglis said.

The evening concluded with a Q&A where candidates were free to raise their hands and respond to questions. Audience questions ranged from what the party’s approach would be when dealing with student debt and tuition, to how their party plans on working with the agricultural system.

Hanson and Kenny discussed their parties’ plans to invest in public education and a national nutrition program for students to achieve national food literacy.

The Greens focused on a universal living wage and free education for all Canadians. Wright ensured that the budget for these promises has passed fiscal assessments.

As the event wrapped up, Schalm conveyed her disappointment with the responses from some candidates.

“I was talking with who I might vote for here and I didn’t feel listened to [by them],” she said.

“I felt like they were telling me what I already know about their party platform, whereas they don’t know how I feel. So why wasn’t it the other way around?”