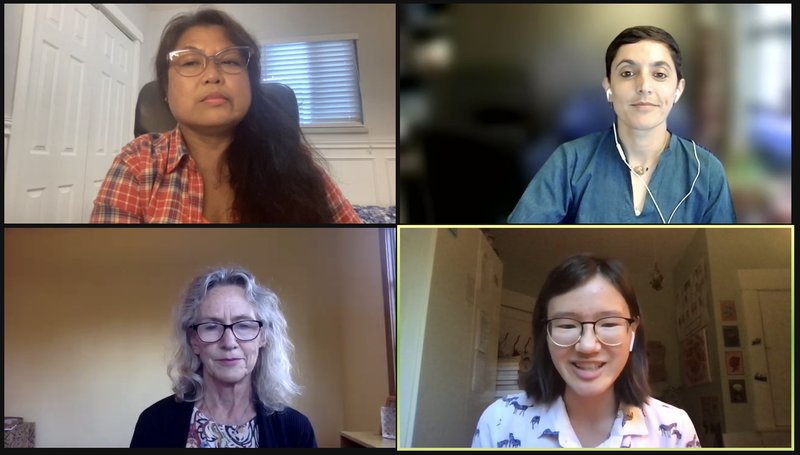 The debate was held by non-partisan organization’s 100 Debates on the Environment Initiative and Climate Justice UBC. Melissa Li

On Tuesday, September 7, three of the candidates running to represent the Vancouver Quadra riding met over Zoom to discuss environmental policy. The candidates present shared many common views, but also took time to differentiate themselves from their opponents.

Incumbent MP Joyce Murray of the Liberal Party, Dr. Devyani Singh of the Green Party and Naden Abenes of the New Democratic Party (NDP) were in attendance at the GreenPAC-organized debate. It was part of the non-partisan organization’s 100 Debates on the Environment initiative and held in collaboration with Climate Justice UBC.

All party candidates running in the Vancouver Quadra riding were invited to the debate. However, both the Conservative candidate and the People’s Party of Canada candidate were not in attendance.

On many points, the candidates shared common ideas. All candidates expressed the need for climate action in response to the extreme wildfires and heat waves experienced in BC this summer. Murray emphasized the Liberal plan to train 1,000 new firefighters and its nature-based climate plan to make the landscape more resilient.

“The impacts of climate change are always felt most by marginalized people. As a working single mother and an immigrant to this country, trust me when I say I know what this feels like,” said Abenes.

All candidates also spoke to the importance of centring Indigenous voices in a just pandemic recovery and protecting old-growth forests.

When asked about what the candidates would do to ensure that Indigenous communities had access to clean water, all candidates agreed that swift action is needed, and Murray cited the Liberal government’s $4 billion commitment to end long-term boiled water advisories.

While discussing the fossil fuel industry and greenhouse gas emissions, Murray highlighted that the Liberal climate plan was endorsed by the former BC Green Party leader Andrew Weaver who called it the only credible, science-aligned plan. She emphasized how independent experts have called the NDP plan “ineffective” and “costly.”

Singh argued that the Liberal plan lacked accounting for externalities and was only achievable because it wasn’t enough.

Discussion was respectful throughout, and became lively when an audience member posed a question on emissions from the Trans Mountain Expansion (TMX) project.

“We are in a climate emergency and should be taking action to drive down our emissions ... Instead, we are building a new pipeline and we want to be exporting all this oil and gas to Asia,” Singh said.

Murray said she had advocated against the pipeline being built, but as long as demand for oil existed, Canadians should get a fair price and instead work to drive down demand for oil.

“From my perspective, we negotiated a very strong deal in exchange for approving TMX and that was Alberta accelerating their elimination of coal-fired plants, regulating their methane and toughening up their price on carbon ... so it brought reductions in the most energy-intensive province in the country,” said Murray.