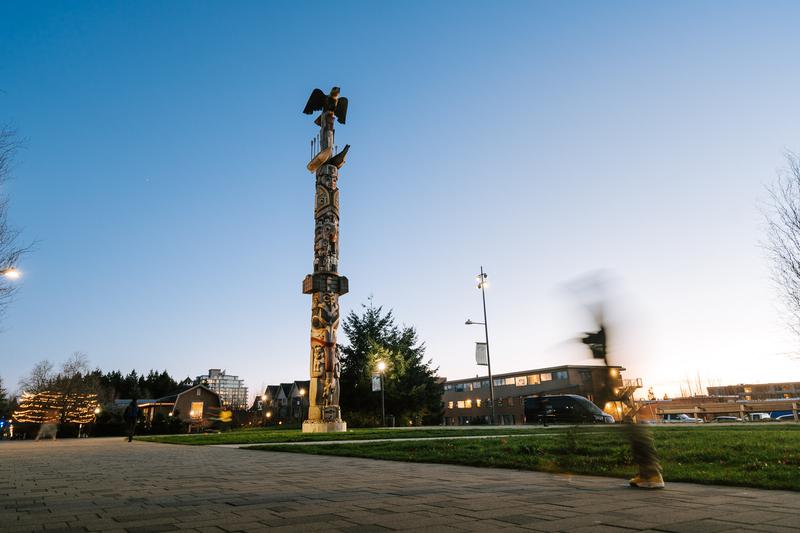 "We realized that, as we had always suspected, there was [a] gap … [where some students] were not represented within the GSS." Emma Skye

The committee was formed to provide culturally relevant and mindful recommendations to the GSS to promote indigeneity, as well as Indigenous representation and engagement within the society.

V. Pauahi Souza, chair of the GSS HR committee and a PhD student studying gender, race, sexuality and social justice, decided to join the IEAHC when she realized it only had a few members. Two other Indigenous students have volunteered to sit on the new committee.

As someone who identifies as part of the Indigenous population to Hawai’i, she thought her perspective would be valuable. She also said she honours the xʷməθkʷəy̓əm (Musqueam), Sḵwx̱wú7mesh (Squamish) and Sel̓íl̓witulh (Tsleil-Waututh) Nations. “[I] hope to do good work by them.”

Souza hopes “the committee … is engaging Indigenous students to be heard to, to be seen, [and] for our voices to be amplified in spaces where they’re not usually amplified.”

Further, Souza thinks that having the IEAHC might encourage Indigenous students to join the GSS council, calling it a “great first step.”

One area she hopes the GSS will consider, however, is accessibility to engagement. She said that Indigenous students have “real life struggles” — such as limited internet access — which can prevent them from participating in engagement in the first place.

“The accessibility of being able to be engaged is another avenue that probably needs to be looked at, as well,” she said.

While drafting their 2022–2026 strategic plan, the GSS had the opportunity to create what would be the IEAHC, according to the GSS President Kimani wa Karangu. He believes that it is a step that is long overdue.

“We realized that, as we had always suspected, there was [a] gap … [where some students] were not represented within the GSS,” he said.

As an ad hoc committee, the IEAHC will last for one year. However, Karangu hopes that it will become a permanent part of the GSS.

“We want to take a forefront position [in] making sure that we do [not] only continue [to have] tokenism, but we have actions being taken [for] reconciliation,” Karangu said.