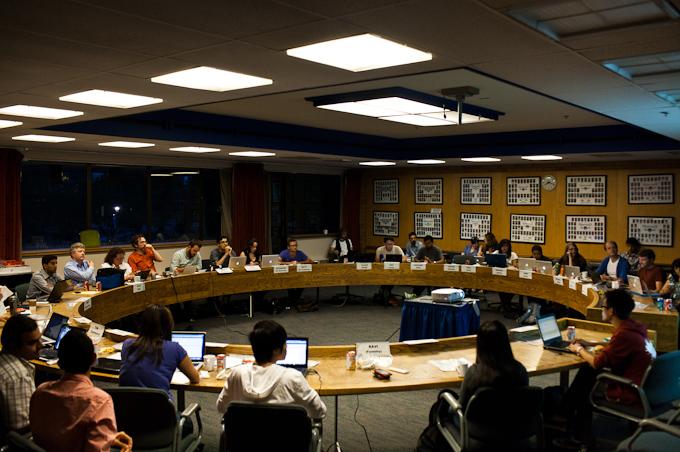 The GSS has created a website where students can submit their stories of harassment and discrimination. photo Geoff Lister / The Ubyssey

The Graduate Student Society (GSS) has launched My Grad Story, a website for grad students to submit their stories of harassment and discrimination.

Submissions received on the site will be compiled by an ad hoc GSS committee, created to produce a report that will provide recommendations for responding to harassment on campus.

GSS President Tobias Friedel said that the site had been part of the vision of the ad hoc committee “since the beginning” and has been in the works for about six weeks.

Friedel said that it was a coincidence that the site was launched so quickly after the Fifth Estate investigation and the grad students came forth about their experiences with sexual assault at UBC.

The site is only open to grad students. “As a grad student organization, we are focusing on the graduate student perspective,” said Friedel. “It is an issue that we're looking at holistically as well because, ultimately, it is affecting the whole community. We need to make sure that all the pieces are working well together.”

According to Friedel, the decision to start a website was based on ensuring that people who are not comfortable with sharing their experiences with someone face-to-face still have an outlet. “The idea was to provide as many channels as possible to reach as many people as possible,” he told The Ubyssey.

The committee plans to collect data until the end of the term, but the report will not be written until they have collected enough stories to be used — the submitter has the option to give consent for their stories to be used in the form of statistics or modified, redacted “blog-style” sharing.

“It’s not our intention to pressure people to come forward. It is very dependent on the students’ willingness to share their experiences with us,” said Friedel.

He explained that they will also look at the methods of other universities when dealing with harassment and discrimination cases in order to make suggestions for what will work for UBC.

“My hope is that we will get a better idea of what students are facing at UBC and the kinds of problems they have run into in terms of addressing [harassment and discrimination],” he said. “It will hopefully help us come up with suggestions around improving procedures [and] closing gaps with the reporting process.”