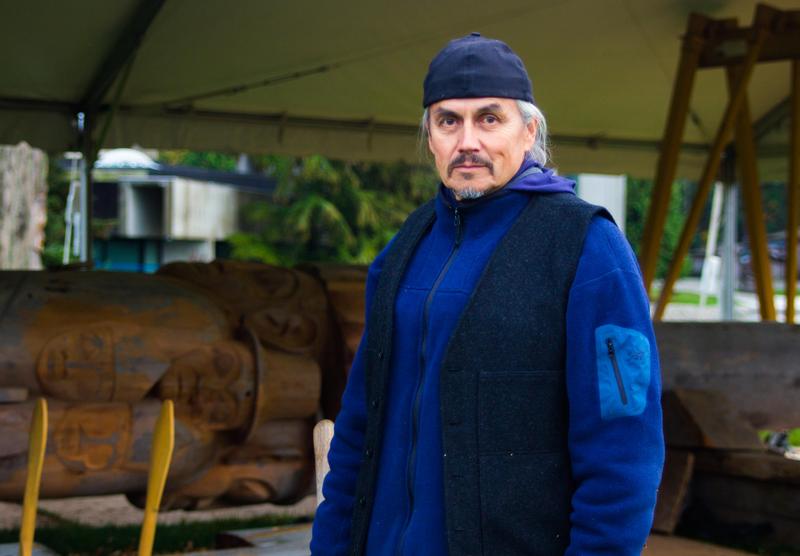 Haida artist James Hart is currently at work on a totem pole that represents residential school victims and survivors. Titled the “reconciliation pole,” it is due to be erected near the Beaty Biodiversity Museum some time next spring.

The 67-foot pole is currently lying behind the Museum of Anthropology as Hart works on carving the 600-year-old red cedar tree.

The project was made possible due to a collaboration between philanthropist Michael Audain and the university. 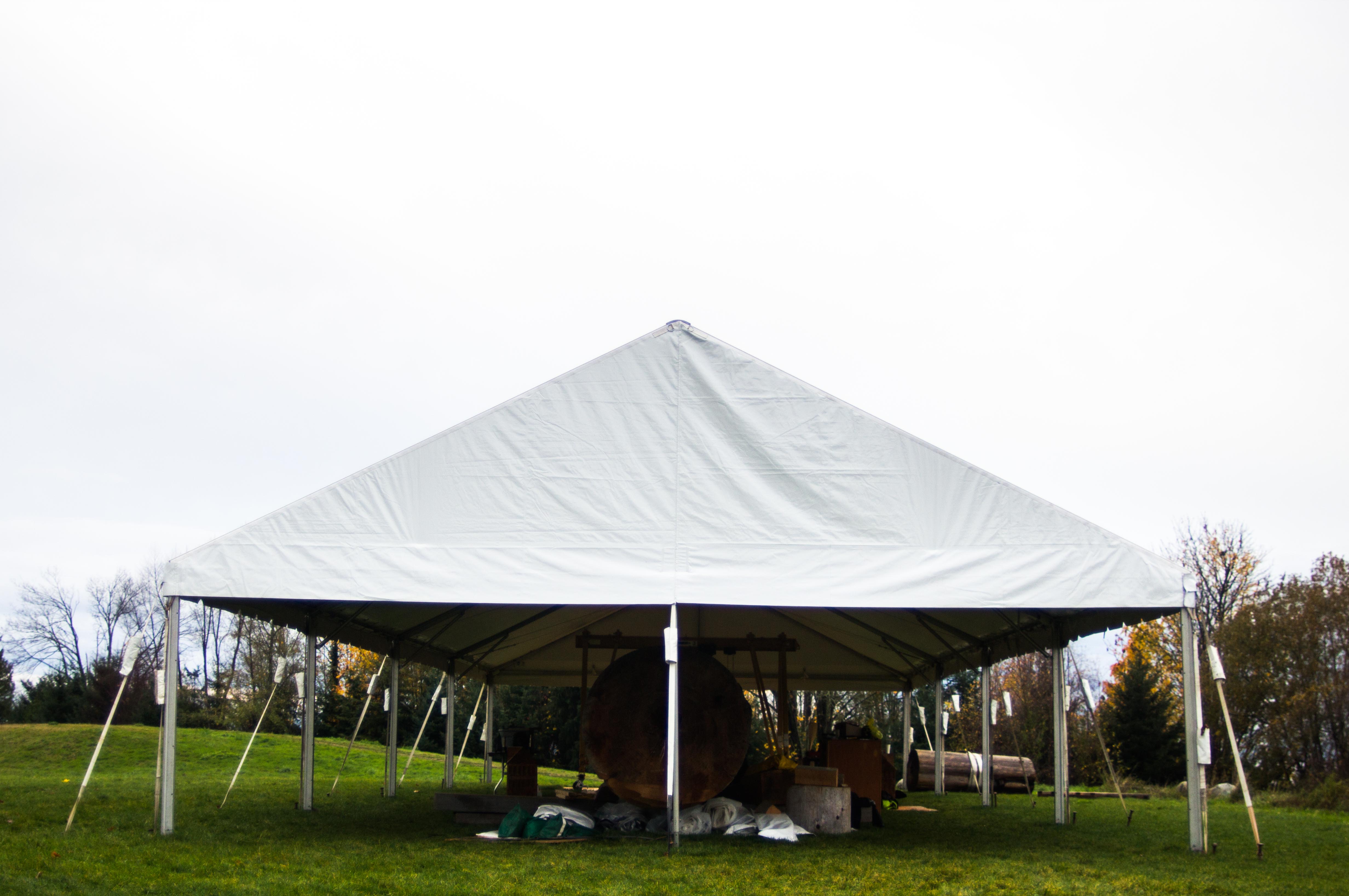 According to Hart, finding the perfect tree for the project was different, and he went through several that suffered wood rot and other difficulties. This pole is his fourth and it took over a year to find.

The theme of the totem pole focuses on residential schools and the reconciliation that can be achieved when communities come together. Totem poles are read from the bottom up, with the most important figures situated near the bottom. 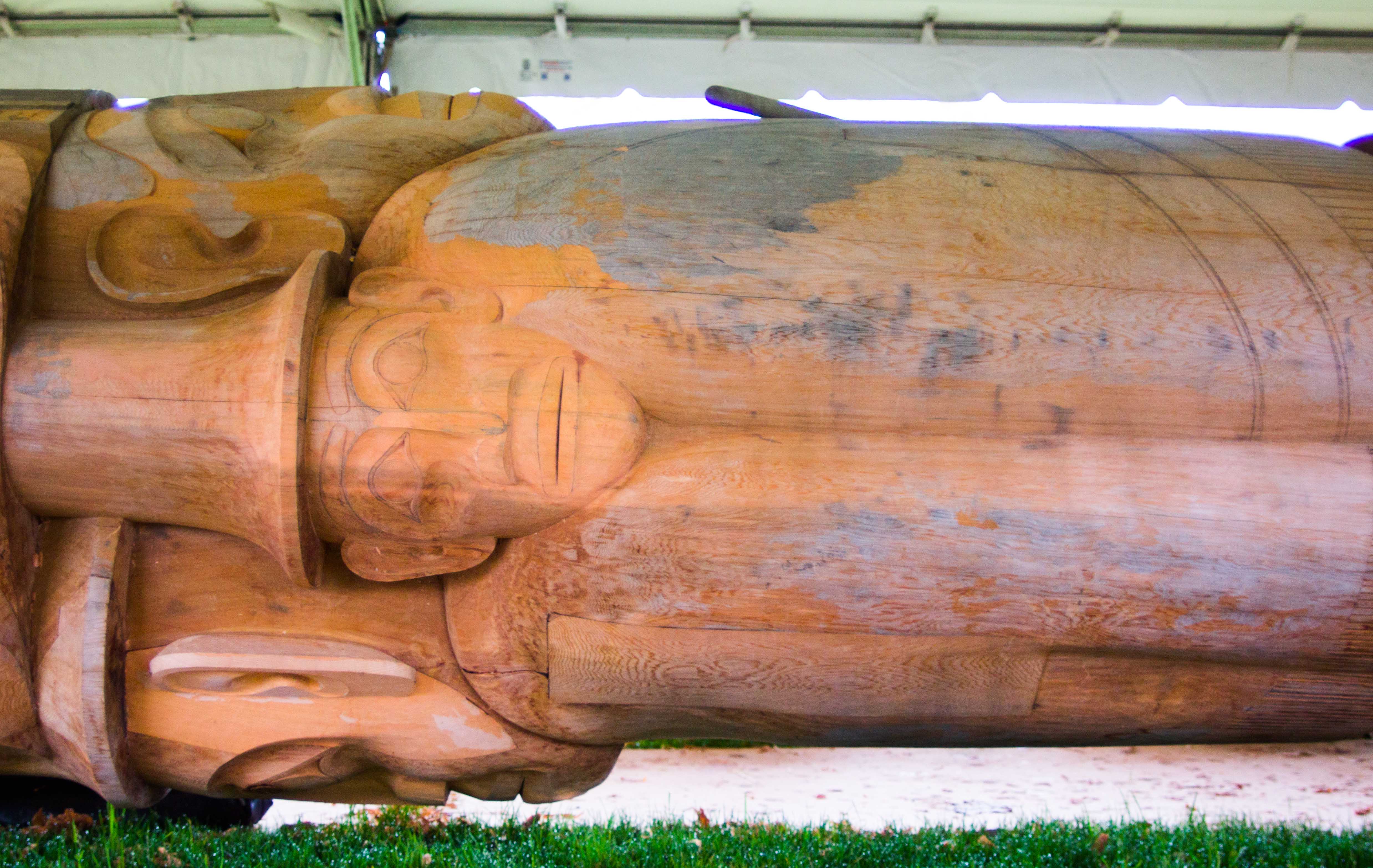 The top of the pole will feature a canoe and a longboat which represent communities “moving forward together,” said Hart. He also noted that the subject matter can be difficult to deal with.

“With this pole, it kind of becomes hard once in a while to work on it just because of what it represents … those stories start coming to you.” 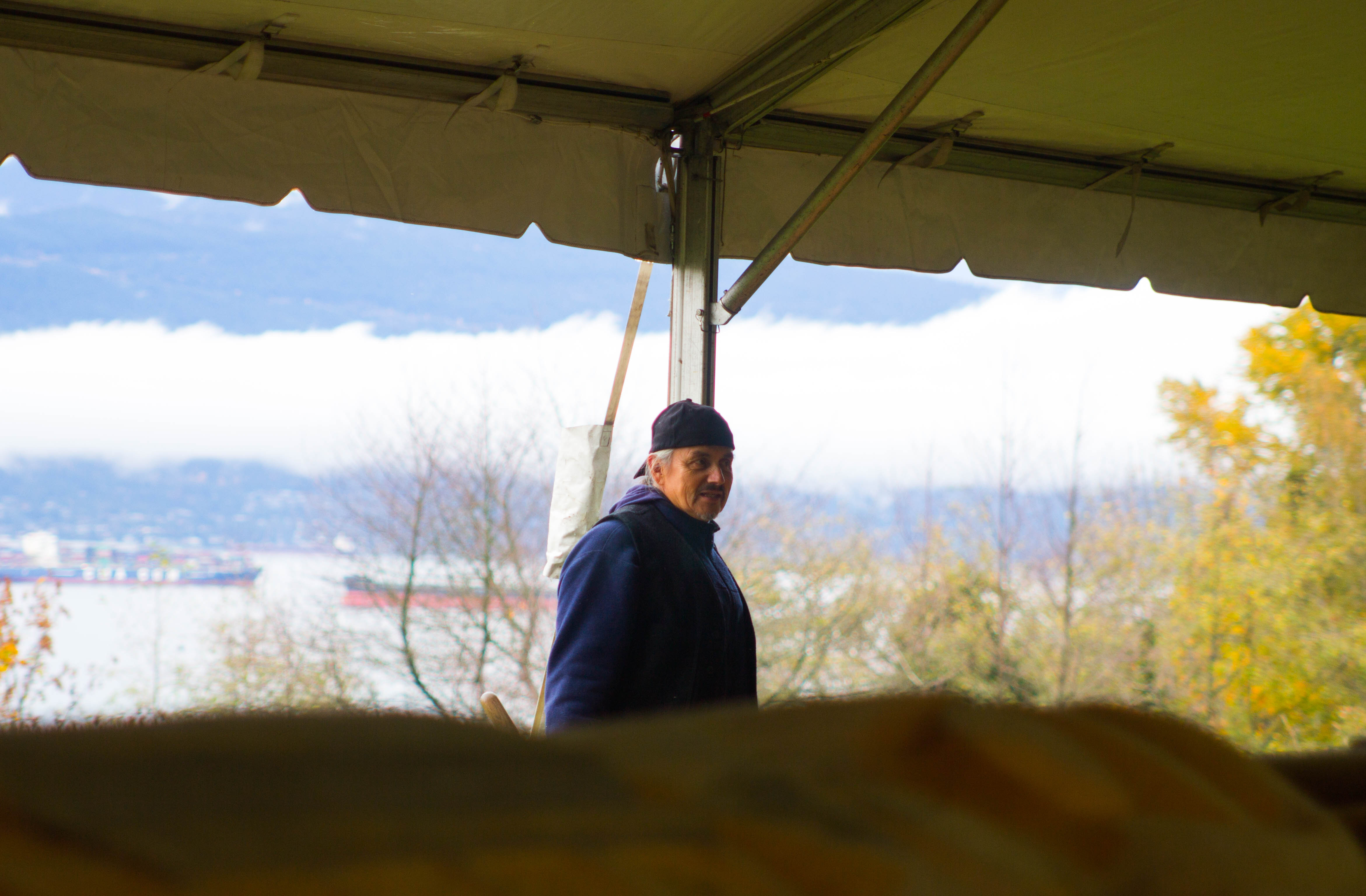 The pole has a special meaning to Hart beyond the theme of residential schools. He lost his son Carl last year at 26 years old. Carl had assisted his father with his projects since high school and helped to build the cedar canoe which will sit at the top of the pole.

“I miss him every day,” said Hart.

The pole will be a significant addition to the UBC community, according to Linc Kesler, senior advisor to the president on Aboriginal affairs.

“This pole will be another visible indication of the presence of Indigenous communities. It’s a way for people to think of these things not as something from the past but as part of living culture, so that’s very valuable,” he said. “[Its purpose is] to claim a little space in people’s imagination, but [also] to follow through on that with information and opportunities.”

That the pole is to be raised at UBC is “pretty cool,” said Hart.