‘Half the execs break these rules’: AMS proposes new policy on expulsion from premises 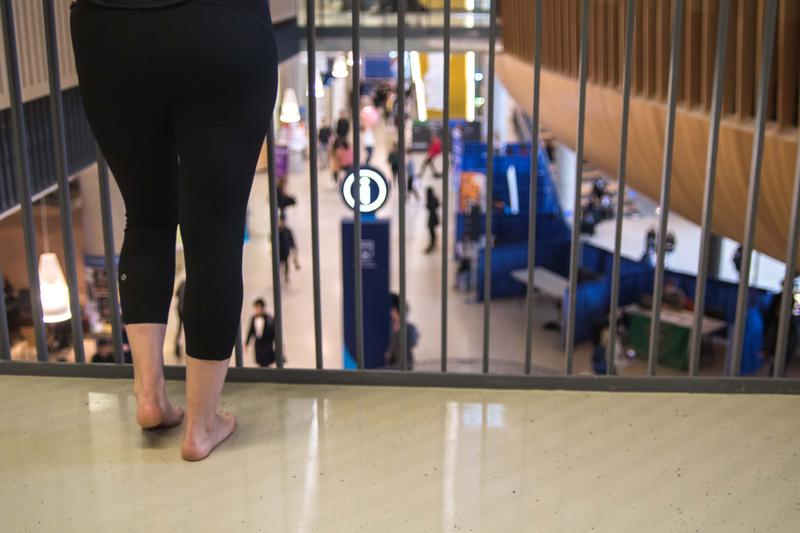 A proposed policy would allow the AMS to ban people from its premises for not wearing shoes, among other things. Samantha McCabe

The AMS could soon ban students and members of the public from its properties for, among other things, taking food out of trash cans, sleeping for “extended periods of time” or not wearing shoes.

The proposed update to the “expulsion policy” covers AMS-owned property including the Nest, AMS-run events like Block Party, and constituency buildings like the Engineering Student Centre.

Grounds for expulsion would include all criminal activity — including alcohol consumption outside of licensed areas and graffiti — and a list of 12 activities that “may be deemed a nuisance.” 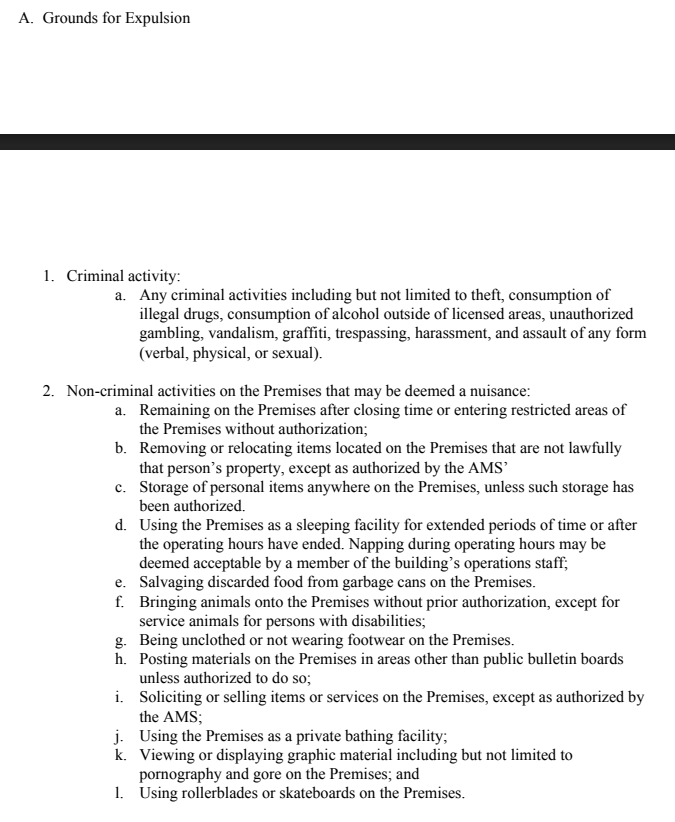 If someone is suspected of criminal activity, the policy would allow AMS building staff or security to impose an instant one-day ban. If the suspected infraction is serious enough, the AMS VP Administration would be able to ban them for 30 to 60 days or until the next meeting of the Operations Committee, which happens every three weeks in order to oversee AMS facilities.

To expel someone for being a “nuisance,” the AMS would have to warn them verbally and then in writing before submitting a written request to the VP Administration.

I committed at least 80% of these offences in the old Student Union Building, including the alcohol, drugs, gambling, sleeping, lack of clothing, bathing, posting materials, bringing in animals, breaking in after closing time and some stuff that could count as vandalism. https://t.co/tIuJOE7nPA

What in the world motivated this authoritarian project? https://t.co/k3TT7rrJKw

Former AMS employees have accused the society of hypocrisy.

“Honestly pretty sure a big portion of Council has drank outside licensed areas,” said a former AMS councillor in a message to The Ubyssey, who asked not to be named for fear of legal retaliation from the society. “We definitely drank during a committee meeting Ava [Nasiri, AMS president in 2016/17,] ran.”

Nasiri denied that councillors drank during any meetings she ran.

“I believe it is against Robert’s Rules of Order for drinking to happen while a committee meeting is in session,” she said.

Tanner Bokor, who was AMS president in 2014/15, said he had “totally done most of these things” in a message.

“Jesus, half the AMS exes [sic] break these rules (or at least have over the years.)” he tweeted.

Jesus, half the AMS exes break these rules (or at least have over the years.) There’s such a thing as over legislating, guys...

Lol wtf people skateboard on campus to GET TO CLASS ON TIME. We have a skate park on campus! The phrasing of the whole thing is vague and lacks thoughtful analysis of what is actually damaging to a university campus.

UBC student Zoe said she would have violated the proposed policy multiple times during her degree.

“I’ve drunkenly hobbled around campus without shoes before. I’ve stayed in buildings past their close (I was studying). None of the stuff I’ve done is exceptional — I think it’s largely part of a university experience," she wrote in a message.

AMS President Alan Ehrenholz said expulsion from AMS property “is an extensive process and is not something that can be abused easily.”

“When drafting the policy, Operations Committee wanted to ensure we covered all grounds that might compromise the mental and physical wellbeing of all AMS members,” he said in a statement. “The policy governs conduct only to the extent necessary to protect AMS members and nonmembers and ensure peaceful and safe enjoyment of our facilities by all, as such we are very clear on what constitutes a criminal activity and a non-criminal activity.”

The current AMS expulsion policy doesn’t outline specifics, but gives AMS employees a great deal of discretion in determining what constitutes “unwanted activity on the premises,” with particular attention paid to harassment. It also designates the Operations Committee — which includes Bhatti and six other AMS student employees — to designate those standards, as well as the punishments for violating them.

In addition to behaviours that are generally disruptive or criminal, the policy also outlines “nuisances” like “salvaging discarded food from garbage cans” and “using the Premises as a private bathing facility” that appear to be geared toward people who are having difficulty accessing food or housing.

It’s not clear from the wording of the policy whether it would include activities like “binning” — searching for recyclable cans that can be refunded for a small sum.

“While some of the points might pertain to food and housing insecure individuals,” said Ehrenholz, “the AMS offers a number of fantastic services that assist individuals in such circumstances, such as the AMS Food Bank, which is a much safer option for emergency food relief than salvaging discarded food from garbage cans.”

The Ubyssey has previously spoken to engineering students who report occasionally sleeping overnight on couches in their respective buildings, as well as using bathing facilities in athletic centres the morning after.

“A lot of students tend to sleep in the lobbies [of the engineering buildings]… and a lot of buildings we have access to have showers,” said one third-year engineering student. “So people bring their stuff over and take a shower and all that.”

AMS Council will vote on the policy at its meeting on Wednesday, February 7.

This story has been updated to include a statement from AMS President Alan Ehrenholz.