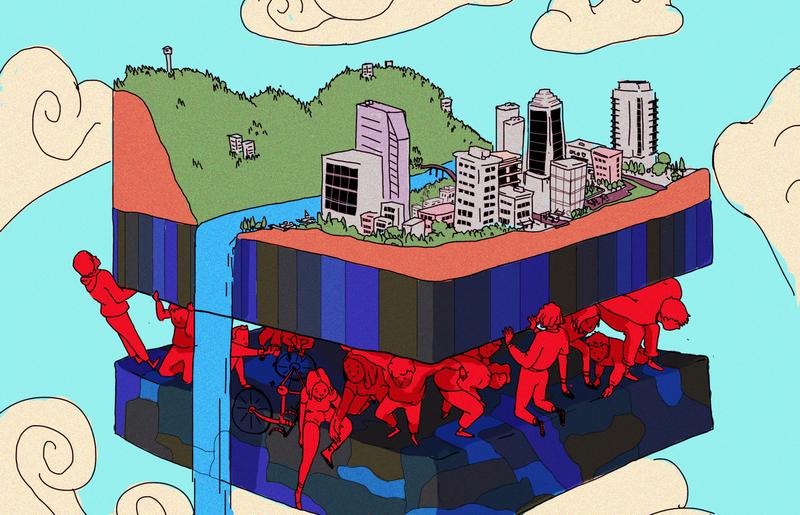 Approved in 2012, UBC’s Housing Action Plan (HAP) is now undergoing a five-year review and update of its policies in order to address demands for affordable housing.

The results were already presented to the UBC Vancouver Board of Governors (BoG) at the November 28, 2017 committee meeting, and changes to the plan based on the review are expected to be brought back again for ratification in February.

The process has so far generated both affirmation for HAP’s continuation and concern from students, staff and faculty for its ability to keep up with demands and housing costs.

“I actually expressed at that Board meeting that while we’re having great success in our growth plan and meeting those targets, our waitlist continues to outstrip our growth and that’s a concern,” said Andrew Parr, managing director of Student Housing and Hospitality Services (SHHS).

According to him and BoG student member Jeanie Malone, there won’t be new student housing for the years 2018 and 2020 due to the timing of permits and the “minimum four-year period between a project’s inception and occupancy.” He also forecasted that SHHS will be “processing significant waitlist again” this upcoming summer — UBC’s on-campus housing waitlist hit its peak last summer at 6,200 students.

#UBCBoG Andrew Parr: despite the current growth, we have 6200 on waitlist this year. We have international student growth, vancouver market place crisis pic.twitter.com/zP1qmctLDs

At 11,796 beds, the university still has a way to go before it reaches the student housing target set out in HAP — “50 per cent of the 2010 full-time student population or approximately 16,000 beds.”

By 2019, there will be 650 new beds in the exchange residence at Gage South, bring the number up to approximately 12,500. In 2021, there are also expected to be 1,300 new beds from the Gage South Student Residence, which is being built along with the new bus loop, and another project that is “at the early design stage.”

For further demand, UBC has enough capacity to bring in 17,000 beds.

Currently, SHHS is exploring options that would allow for faster growth beyond 2022, such as constructing on sites that don’t require the demolition of buildings or relocation of people and services.

Since SHHS can only borrow funding for new projects internally from UBC’s own endowment at the moment, Parr also listed lobbying for external borrowing as another growth strategy. This option would allow them to borrow at a lower rate and reduce cost, but would require changes to provincial borrowing guidelines.

“I will say that the current NDP government is very engaged in the conversation,” he said. “There are some very interesting conversations going on. They are very preliminary at this point, but we’re hopeful and there is good conversation occurring.”

While the university achieved more than double the target for the supply of market-priced rentals, it lagged behind in the supply for faculty-staff discounted rentals at 13 per cent instead of the targeted 20 per cent. The latter is also facing a 1,500-person waitlist — while its total number of units sits at 511.

Managing Director of Faculty Staff Housing and Relocation Services Lisa Colby attributed this discrepancy to the different types of rentals being built on different sites. More specifically, market units are typically built in high-density concrete sites while the faculty-staff discounted units are in low-density, wood-frame sites.

“That’s actually one of the challenges for us, to figure out the pro forma for doing faculty-staff rentals in concrete buildings,” she said. “It’s a more challenging pro forma to build staff and faculty rental in a more expensive construction format because you’re getting less revenue to pay down the mortgage on it.”

“In other words we are still targeting the full 20 per cent target for the faculty-staff below-market expansion even though the market rental expansion has been delivered beyond targeted levels,” she said in a follow-up email.

“So that will be a positive end result of collectively more rental overall with no compromise on the faculty-staff target. Many students take advantage of the additional market rental in the neighbourhoods so the demand seems to be there.”

#UBCBoG The average discount to market rent is 28.5%, exceeding HAP's 25% target portfolio but there are large variances between buildings and within buildings. Believe that this can be resolved through better communication and coordination

HAP’s policy on restricted housing ownership for faculty, which is considered a key policy by many, was not up for review — its mandate has yet to be put into practice because of complications with tax benefits and provincial regulations. Colby said that UBC is still trying to figure out the appropriate structure for the policy moving forward.

While specific changes couldn’t be discussed prior to Board approval, both Colby and Parr described them as mainly “housekeeping” tasks.

“There are some housekeeping and modifications that we have to do, but nothing substantial,” said Colby. “HAP also relies a lot on the operational programs so we’ll do tweaks here and there to make sure we stay on pace.”

Some changes include updating certain sections’ titles, such as renaming “non-profit rental for staff” to “rent-geared-to-income.”

Three student housing policies that have already been completed or integrated into regular operations — for instance, building new student housing area in South Gage and increasing the shelter allowance in BC’s student loan — are also being removed.

Other potential tweaks can also come out of discussions between BoG student members Kevin Doering and Malone, AMS VP Academic and University Affairs Max Holmes, representatives from the Graduate Student Society and the Residence Hall Association as well as staff from the UBC VP Students’ office.

“The HAP was benchmarked against numbers in 2010 so I think a lot of recommendations are just making sure that we are keeping pace with the need,” said Malone.

“There’s no desire to set a goal that isn’t reachable — it just means getting a lot of smart heads in a room and trying to figure what’s possible with the funding that we have and the land we have.”