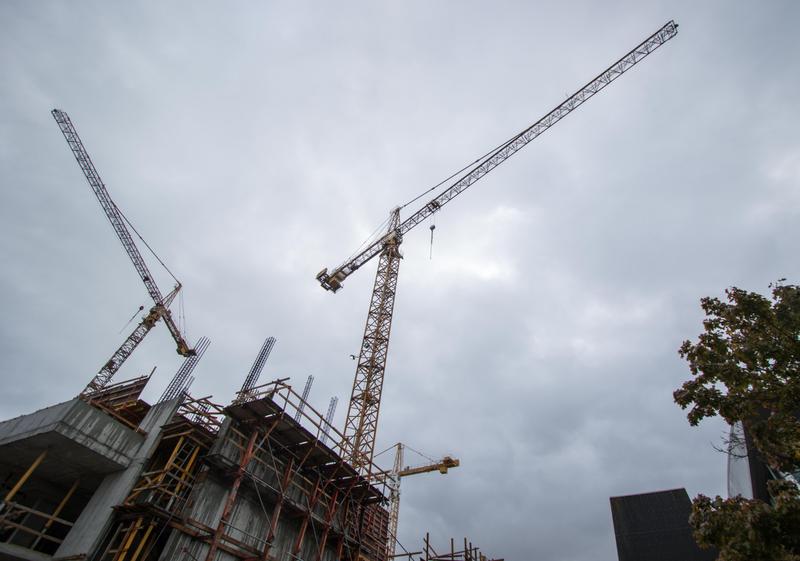 The exact amount that UBC will receive is, however, yet to be determined. Jack Hauen

The provincial government has announced new funding for student housing amid a Vancouver housing crisis that has made renting in the city increasingly unaffordable. But it might be a while before UBC students see the benefits.

BC has allotted $450 million to a program that aims to provide at least 5,000 new residences for students across the province, including a $259 million capital investment. The exact amount that UBC will receive is, however, yet to be determined.

Under the new program, post-secondary institutions like UBC will also be able to borrow money directly from the government, giving them an important source of reliable funding for future housing projects.

“The university understands the pressures the housing market puts on students looking for affordable accommodation close to campus,” said Andrew Parr, managing director of Student Housing and Hospitality Services, in an emailed statement. He had previously discussed lobbying for external borrowing as a strategy for growth.

“Enabling universities to access capital to build additional student residences is an important step toward easing those pressures for students.”

AMS VP External Sally Lin said she’s “very thankful” for the investment in student housing, but noted that the answers to how much housing is provided — and when — will likely take time.

“It will depend on the institution’s ability to plan for student housing for campus, as well as when that funding will be coming down the line,” said Lin. “There’s a number of different factors so I can’t speak specifically to when housing will be seen.”

In addition to direct funding for students, the new budget also allocated $7 million for the Residential Tenancy Branch to close loopholes and improve the efficiency of dispute resolution.

Currently, students living on campus are not covered under the Residential Tenancy Act (RTA). And while Lin emphasized that UBC should not aim to ascribe to the RTA — since this would end the exclusive access that students enjoy to university-funded housing — she stressed that new protections for students will become increasingly necessary as campus sets to densify.

“With $450 million coming down the line, the institution will see rapid growth on campus and rapid urbanization on campuses and an increase obviously on campus nighttime populations as more students live on campus,” she said.

“We believe that this rapid growth will pose stress on the operation capacity on the postsecondary institutions.”

As VP External, Lin continued the AMS’s Rent With Rights campaign, which made nine recommendations to the BC government about improving protections for student renters. Some include putting an annual two per cent cap on the amount universities can raise rent by and creating committees to manage tenancy appeals.

“When we visited this time, we recommended that the Ministry of Education create a policy similar to the two per cent domestic cap policy but as a housing standard policy where these nine recommendations can serve as a basis for a set of minimum standards that institutions that are receiving funding can aspire to and abide by,” she explained.

To date, the campaign has garnered over 1,400 signatures from UBC students.

Moving forward, Lin noted that the key steps will be to follow up on the exact allocation of the new funding and to continue lobbying for students.

“It will be up to the next VP external to keep up the conversation piece and highlight how important it is to have student’s tenancy rights on campus,” she said.