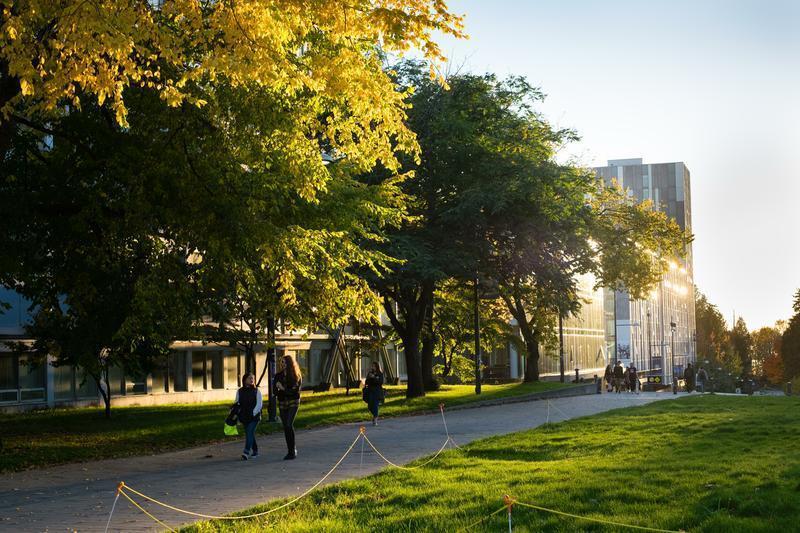 The 2018 federal budget revealed major increases to national undergraduate research funding as well as changes to the Canadian student loan and grant programs, building on the government’s 2017 Innovation and Skills Plan and findings from its “fundamental science review.”

AMS VP External Sally Lin said that UBC students should be thrilled about the research opportunities promised by the latest budget, lauding the “incredible investment into research and research grants” made by the current government.

As a member of the Undergraduates of Canadian Research-Intensive Universities (UCRU), an informal coalition of Canada’s top 15 research-intensive universities, the AMS was involved in preparing a joint advocacy brief delivered to members of parliament in November 2017. According to Lin, the UCRU placed a strategic emphasis on lobbying for undergraduate opportunities, recognizing a need to provide a voice to match existing representation for graduate research funding. Key to this strategy was the identification of underfunded areas of research including not only undergraduate cohorts, but also opportunities for women and non-STEM fields.

The 2018 budget outlines a proposed investment of $925 million over a five-year period. Commencing in 2018/19, that money is to be divided between the Natural Sciences and Engineering Research Council (NSERC), Canadian Institutes of Health Research (CIHR) and the Social Sciences and Humanities Research Council (SSHRC), with $235 million per annum in years ongoing. Over half of this funding is to be allocated between the CIHR and SSHRC. This reflects a key recommendation to allow social science, humanities and health undergraduate students to enjoy similar awards for final year and summer projects as their peers in science and engineering programs.

Lin highlighted the 8,000 seats for undergraduate, master’s and doctoral students expected to be created across the three granting councils as an “exciting” change.

An additional $275 million is to be allocated over the next five years to create a tri-council fund — administered by the SSHRC — to promote interdisciplinary research. As stated in the budget, the granting councils are to be tasked with “[achieving] greater diversity among research funding recipients” by increasing support for women. This is reflected also in increased investment for the Canada Research Chairs Program, with an expectation that the number of women nominated for chair positions will rise.

Another key outcome of the 2018 budget concerns the expansion of the eligibility criteria for the Canada Student Grants and Loans program. The UCRU had recommended that the federal government eliminate its tuition tax credit initiative — which it estimates offers $1.5 billion in tax credits to offset students’ higher education fees — citing its inaccessibility to low-income families.

While the budget doesn’t detail changes to this scheme, it has expanded eligibility for the previously full-time exclusive grant program to include part-time students and students with dependants. Dependent on their status, these new groups will be able to receive upwards of $1,600 and up to $3000 in non-repayable grant money per year as of August 2018.

A pilot program for students returning to study after 10 years is also being introduced.

According to Lin, these improvements to grant eligibility follow the aims of the UCRU, who saw an opportunity with the tuition tax credit reallocation to improve “a system where there’s an existing structure” and increase the number of students able to gain access to the student grant funding scheme.

Overall, Lin said that the AMS would “celebrate” the government’s improved commitment to research funding.

“If you look at the budget, you’ll see that it’s not just a couple of million committed to one program,” she said. “It’s a couple hundred millions committed to numerous programs, which is going to make a huge difference for people looking to go into research and for undergraduate research opportunities.”

She noted that students loans would “continue to be a piece of advocacy for [the AMS]” as well to improve the effectiveness of available funding in improving overall affordability of post-secondary education.