Silencing, resisting or talking back: how should UBC respond to far-right speakers on campus? 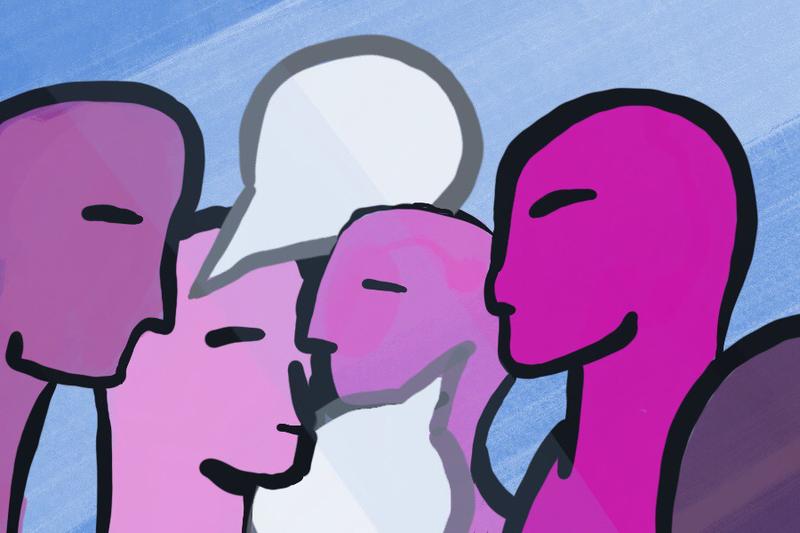 A now-cancelled far-right talk on campus has many students talking about where — and if — UBC should draw the line on freedom of speech.

The Free Speech Club was originally scheduled to hold an event that would feature Stefan Molyneux and Lauren Southern at the Chan Centre on March 16.

Molyneux and Southern have been described by anti-hate groups like the Southern Poverty Law Centre as racists who promote conspiracy theories of white genocide.

The Chan raised security costs after it received a series of letters and emails encouraging them to cancel. According to the FSC, the messages were threatening and violent.

On February 22, the FSC refunded all tickets and rescheduled the event to March 15 off campus at the Hellenic Community of Vancouver, citing increased security costs. The cancellation was not ordered by UBC or the Chan Centre but was the FSC’s own choice.

The event was rescheduled and then cancelled. But many students are still asking why the event was allowed to proceed in the first place.

But the same policy protects academic freedom, or the ability “...to engage in frank discussion of potentially controversial matters and to make statements, assign readings or use instructional techniques that challenge and may even offend the sensibilities, ideas and beliefs of others.”

UBC has taken a hard stance that speech will be protected on campus so long as speakers obey hate speech laws.

“As a public academic institution UBC places a paramount value on the free and lawful expression of ideas and viewpoints,” wrote UBC Provost Andrew Szeri in a statement to The Ubyssey. “This is the case even where some members of the University community may consider the guest speaker’s ideas, or the way in which they are expressed, to be controversial, or offensive.”

Isidorou emphasized that neither UBC nor the Hellenic Community were “hosting,” or endorsing, the event by allowing the FSC to use their venues.

But other students disagreed. A petition that asked UBC to cancel the talk gathered 451 supporters. After the event was rescheduled, the petition was closed and marked as a “victory,” even though the decision to move the event off-campus was the FSC’s and not UBC’s.

One of the groups that circulated the petition is UBC Students Against Bigotry (SAB), which formed in late February specifically to oppose the event. It is not officially recognized as an AMS club or organization.

“Just a few people had basically shown some initiative and said, ‘Who can we get who'd be interested in doing this,’” said Anton Cu Unjieng, a first-year PhD student in art history and one of the SAB’s founding members. “A bunch of people agreed, and then we met.”

They have led a campaign of posters, flyers and mass emails that encourage students to protest the Hellenic Community on March 15.

“[We] want to be a structure and a student body that really examines each person that is being invited to make sure that [they are] respectful of UBC's bylaws in terms of hate speech and harassment, in terms of the BC Human Rights Code and just in the general idea of inclusivity and valourizing the multiculturalism that we cherish within the UBC community,” said fourth-year history student Louis Coustets, another SAB founding member.

The SAB believes that speakers like Molyneux and Southern promote bigotry more than critical discussion.

“This idea that all all ideas should be aired I think actually is just a way for racists and bigots to signal to other racists and other bigots and offers ways for them to gather and organize.” said Cu Unjieng.

Isidorou says that if Molyneux and Southern’s views are as reprehensible as groups like the SAB claim, the best way to combat them is to challenge them in public events.

“We're thinking about it from a very Enlightenment perspective, which is, you're giving this person a second in the spotlight, and that could either help them or destroy them, because if their ideas are shit, then their ideas are going to get called out,” said Isidorou.

Dr. Jennifer Berdahl, a professor of Sociology, recently attended the Harry Crowe Foundation conference on free speech on campus on February 22. While she disagrees with the FSC and its speakers, she worries silencing them won’t solve the problem.

“Censoring speech or trying to prevent speech doesn't usually work, and some evidence was presented to that effect as well, that censorship is often counterproductive,” said Berdahl. “It often ends up in the hands, of course, of the powerful, and then it gets used against marginalized groups further.”

But Berdahl believes the proper course of action is to also provide a platform for those who disagree with Molyneux and Southern.

“The answer to speech that marginalizes groups or punches down is more speech, not less speech — so making sure to take steps to get people who don't usually have a voice a voice,” said Berdahl. “More speech is not just a response, but a moral obligation on the part of universities.”

Isidorou believes that the FSC already provides such as a platform at its events, saying that audience members who disagree with the speakers are given priority to ask questions and challenge their views.

But the power imbalance between an experienced speaker and a university student is usually not a level playing field, notes Berdahl, since the speaker is addressing a large crowd of people who already presumably support their view.

“Speakers are being given a powerful and high-status platform that audience members don't have,” she explained. “It is an honour to be invited as a speaker, to be recognized as someone who has something to say on a topic.”

Update, March 22 2:18 p.m.: This article previously referred to Dr. Berdahl as being affiliated with both the department of sociology and the Sauder School of Business. In fact, she does not currently teach at Sauder.