How the transit strike is impacting UBC students, faculty and staff 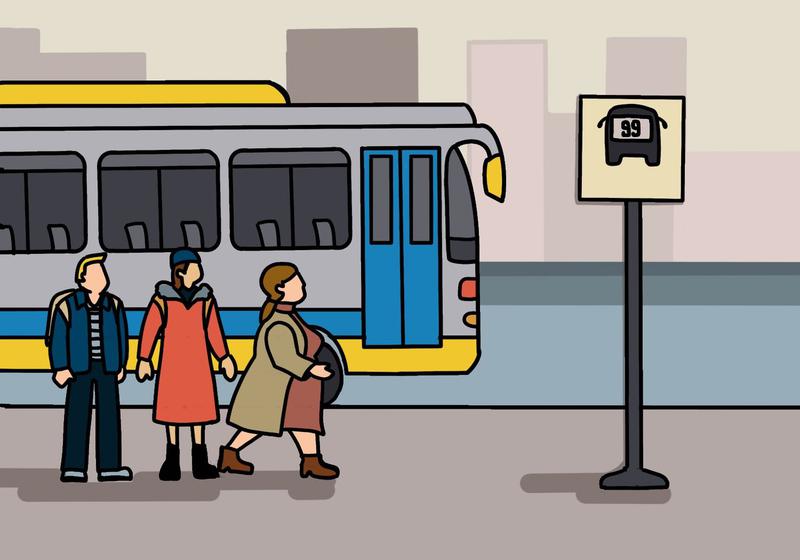 The 99 B-Line, UBC’s busiest bus route, has been at the center of student complaints surrounding the strike. Yiyang Wang

The first week of strike action is leaving UBC students, faculty and staff frustrated and concerned about getting to campus on time.

On October 31, Unifor — the union that represents bus, SeaBus and maintenance workers — announced that transit workers would be commencing job action when negotiations with Coast Mountain Bus Company failed to produce a fair deal. The next day, strike action began with drivers not wearing uniforms and maintenance workers refusing to work overtime shifts.

Although it is not a full strike, the overtime shift ban has resulted in hundreds of SeaBus cancellations and several bus delays.

In response to strike action, UBC released a statement on October 29 regarding its expectation for commuting faculty, staff and students.

“Although strike action has been confirmed, the university is operating as normal. Classes are proceeding and faculty and staff are expected to attend work. However, you are advised to plan for a potentially longer commute.”

As strike action continues, the latest information on bus delays and cancellations can be found on TransLink’s Alerts & Advisories page.

Relying on an unreliable system

Public transportation accounts for more than half of all trips to and from UBC. With busses running less frequently, student commuters are struggling to plan their trips to campus.

“I’m a full-time student and I also work at UBC so when they announced the strike I was really worried. The bus I take to campus has been extremely unreliable since the strike started. I leave my house a lot earlier than I normally would,” said Jocelyn Dayal, a kinesiology student.

The 99 B-Line, UBC’s busiest bus route, has been at the center of student complaints surrounding the strike. A student who goes by the Reddit username Canucklepede wrote about their experience on the first day of the strike.

“On November 1st around 11am, the driver of the 99 bus took his sweet time sipping his Blenz coffee at Broadway/Commercial before finally getting into the vehicle, while passengers were already inside the bus and waited around 8 minutes,” said Canucklepede.

“Most of the passengers laughed and clapped for his form of protest... while I was annoyed because if it had been a full-on strike I would have made alternative plans to commute... and despite giving myself more time to take the bus, I was still late.”

Stephanie Remkes, a psychology student who also works at a café on campus, expressed her concerns for the future of the strike.

“Between classes and my work schedule, I’m on campus until pretty late at night. If the strike action escalates and busses become delayed even further, I’m not sure how I’m going to get home, especially since taxis and car share options will probably be in high demand,” she said.

But Sean Parandeh, an engineering student in his final year at UBC, noted that transit workers are just as frustrated as they are.

“I think labour unions have every right to put pressure on their employers and by extension the general public if they don’t feel that their basic needs are being respected,” said Parandeh.

“It’s obviously frustrating to rely on public transit and be caught in the middle of a conflict between employers and unions, but I think that is kind of sobering in a way too because it exposes how much we rely on those employees, and what an important job they do for our communities.”

Where is the support?

UBC’s statement initially faced criticism from the UBC community, particularly from the Association of Administrative and Professional Staff (AAPS). Executive Director Joey Hansen wrote that he “found the University’s communications on this matter to be inadequate” in a memo to AAPS members.

Among the concerns raised by staff and faculty is UBC’s “operational decisions” or lack thereof. UBC has encouraged managerial staff to coordinate the possibility of telecommuting — working remotely from home — but many feel that should be a centralized decision.

According to Hansen, managers don’t have the job security to empower them in making these calls.

“A lot of [AAPS] members … are not sure if they should make that decision and they’re afraid to,” he said.

UBC’s lack of standardized support in the event of strike escalation has also been impacting students. Earlier this month, students across faculties received emails from their academic advisors.

“Academic Advising will not provide academic concession for lateness, missed classes, coursework, quizzes, midterms or examinations, including final examinations, due to the strike.”

Though at the time of publication transit disruptions are minor, students are feeling lost without the possibility of academic concession in the event of strike escalation.

For Emmanuel Cantiller, a second-year arts student, “it doesn't make sense why [UBC isn’t] offering academic concessions because of valid reasons like [transit].”

To Cantiller, even though most instructors are empathetic — as many are also commuters — it is unfair of UBC to expect commuter students to self-advocate for strike-related extensions especially students who commute from places like Surrey, Abbotsford and Delta.

While Cantiller and Movahedi understand that UBC can’t shut down, they were hoping for more support from the university. Both are also unhappy with the “radio silence from the AMS regarding this issue.”

In an emailed statement to The Ubyssey, President Chris Hakim said the AMS recognizes the difficulties many students may face with transit service disruptions and will be releasing information about alternate transportation and advocating to UBC to be flexible with academic concessions.

“The AMS recognizes the challenge that students may face from disruptions in services to get to where they need to go during the transit strike,” reads the statement.

“To support students during this time, we are advocating to the University to be flexible and responsive in its approach to providing academic concessions to students that are affected.”

On November 8, UBC elaborated on their statement with a detailed Frequently Asked Questions section that Hansen said addresses many initial concerns.

“UBC takes [the issues raised] very seriously and there are many people working on potential solutions,” wrote Matthew Ramsey, media relations director of university affairs, in a written statement to The Ubyssey.

“[W]e’d like to assure students the university is aware of their concerns and actively working to determine what it can do regarding concessions for those students potentially affected.”

Ramsey added that a working group meets frequently to assess how the university can help “mitigate the potential impact” faced by commuters.

“We would ask our community members to work together, where possible, to help minimize disruption for themselves, their friends and colleagues.”

This article has been updated to include a statement from the AMS.