'Not just Lytton': how wildfires continue to affect students’ wellbeing on and off campus 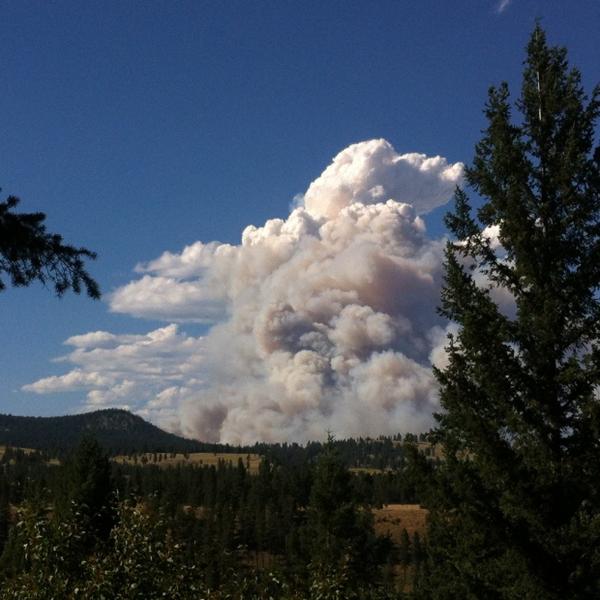 Residual stress from the Lytton wildfire made the transition to university difficult for first-year Riannon Wesley. Kathy Simpkins/CBC

BC faced a severe wildfire season over the summer. With 204 wildfires currently burning in the province at the time of publishing, the fires have had significant emotional impacts on UBC community members who reside in Interior BC.

Riannon Wesley is a first-year student from Lytton, BC, a small village destroyed by the recent wildfires. She explained to The Ubyssey that the Lytton wildfire began due to an enflamed train from Boston Bar. Community members had roughly twenty-three minutes to gather their belongings and evacuate.

“Police officers came rushing up the road and told us we had to leave. We got sent to Spences Bridge and the sun was still covered by the smoke,” she said.

Shortly after the fire began, the power, cell phone service and water supply were cut off. Wesley, trapped alone with her father and siblings and with no vehicle, used the local fire chief’s truck to evacuate to Logan Lake, roughly two hours away.

“My mother and grandparents were scared because my siblings, dad and myself were stuck at Nicomen with no vehicle.”

She moved in with her uncle’s family for two months but was evacuated two times after that, once to Siska and the other time to Nicomen. Wesley and her family lived three days without power, cell service and water in Nicomen.

Smoke from the wildfires also affected those who lived further away.

In a message sent to The Ubyssey in early August, third-year student Ryan Lorimer, who was in Kelowna over the summer with his family, said the smoke significantly lowered the city’s air quality.

“The air quality index isn’t great, and that’s making it so that any kind of vigorous exercise isn’t very realistic right now,” he wrote.

Lorimer added that his neighbours were “cognizant” of the 2003 Okanagan fires over the summer “because that was a massive disaster that destroyed like 200 homes.”

Raluca Radu, a faculty lecturer in the School of Nursing who teaches a class on the health effects of climate change, told The Ubyssey that one of her students worked as a firefighter and shared his story when she delivered a lecture on the wildfire impacts.

“You see all these articles and publications that are coming out, banging on our doorstep, saying that climate change is here, there's no more waiting … and it's frustrating when you see that there's insufficient action being undertaken.”

She explained that serious mental implications such as anxiety, grief and PTSD will arise in the future among victims and aid workers from these kinds of disasters.

“I see [us] coming back again to the mental health implications, I really do fear that in the long term. People will … start experiencing certain effects that they will have from living in areas that are affected by wildfires,” she said.

Still, Radu believes that we need to develop a system that helps in building resilience in the aftermath of evacuating communities.

Radu encourages UBC students to make use of the incredible amount of counselling resources available on and off-campus. She hopes that the government will start to take “aggressive action” towards implementing climate policies.

“We just have to go together in a collective way and hopefully we'll be able to make it through together in a positive way, but the only way to do that is by supporting one another and being there for each other,” she said.

At the end of August, Wesley began preparing for her move to UBC. Residual stress from the Lytton wildfire made this transition to university difficult.

“My family and friends that lived in town are now homeless and don't have anything to go back to,” she said. “Please if you could help with donations look for gofundme pages, they're all over the internet. Or even just check the news about the intense heat wave and wildfire that happened this past summer ... Lytton is not the only town.”