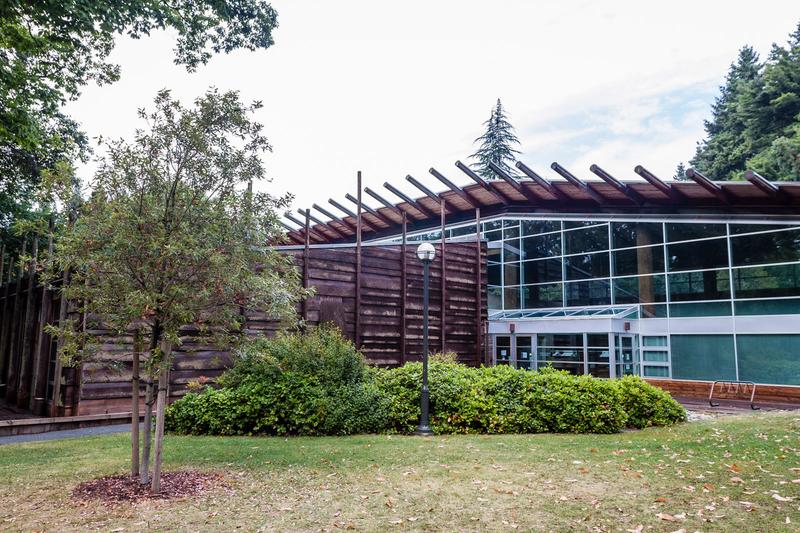 The Longhouse, pictured above, is the centre of aboriginal affairs at UBC. photo Carter Brundage / The Ubyssey

The proposal for the building has been met with support from the First Nations communities, faculty and student groups consulted. It will be sent back to the Board of Governors this April and if it is approved, construction is projected to be completed by 2018.

Linc Kesler, associate professor and director of the First Nations House of Learning, said that the idea to make the conversation about the residential schools more accessible to students on campus arose from an event aimed at raising awareness and dialogue that was held in 2011 at the First Nations Longhouse.

“We had a couple hundred people come and I think they found it quite a taxing day. Hearing about the history — especially from people who went through it — was at times difficult,” said Kesler. “We finished the day looking at ways in which people on campus had integrated information about residential school history into their curriculum and what it enabled them to do. That was, I think, very hopeful for people and gave them a way of thinking about why understanding the history wasn't simply immersing oneself in a sad thing, but … to think about how to do things now that would be important to get done.”

The centre will have two levels — the bottom level to be dedicated to public documents and electronic, interactive displays and the upper level to house conference rooms and offices. Outside, there will be a small plaza complete with revitalized stairs and a water fixture.

The location was chosen for both its centrality on campus — which makes it accessible and visible — and its proximity to green space gives it the feelings of calmness and peace that is often necessary for the digestion of the information, according to Kesler.

The materials displayed will consist of Truth and Reconciliation Commission documents, as well as survivor testimonials and local records. What will be shown will depend on the audience. “If we have a group of school kids coming in, we're probably not going to deal with the sexual abuse material. But on the other hand, if we have adults coming in who would want to know about those parts of the history, that material is there,” explained Kesler.

“It's built very much with the intention of being useful to students and instructors, but then also the general public and visitors from [indigenous] communities.”

He is hopeful that elders from the communities, who may be reluctant to exposure of this painful part of their history, will visit the centre and see their stories recognized and well represented at the university.

“It's good in so many ways and certainly in terms of thinking about what the potential is to acknowledge a difficult circumstance, but then to see a way in which it's positive. That’s the aim of the whole project, really.”