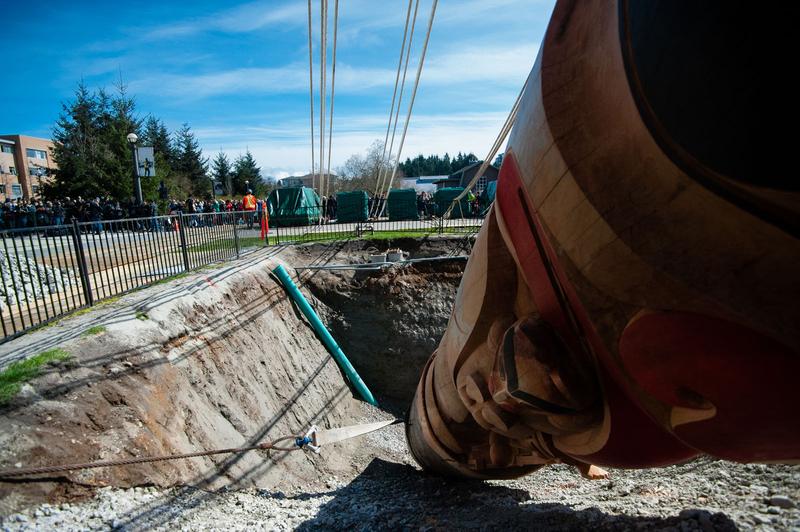 With ropes pulled by several hundred spectators, including many students, the reconciliation pole was installed in front of the forestry building on Saturday.

The pole, now standing tall at Main Mall and Agronomy Road, was designed and hand-carved by James Hart, a Haida artist from Haida Gwaii. The project was commissioned by the Audain Foundation as well as UBC.

Hart and his crew worked on the project for over two years, starting it on Haida Gwaii before it was shipped to the campus last fall, where they continued to work on it. 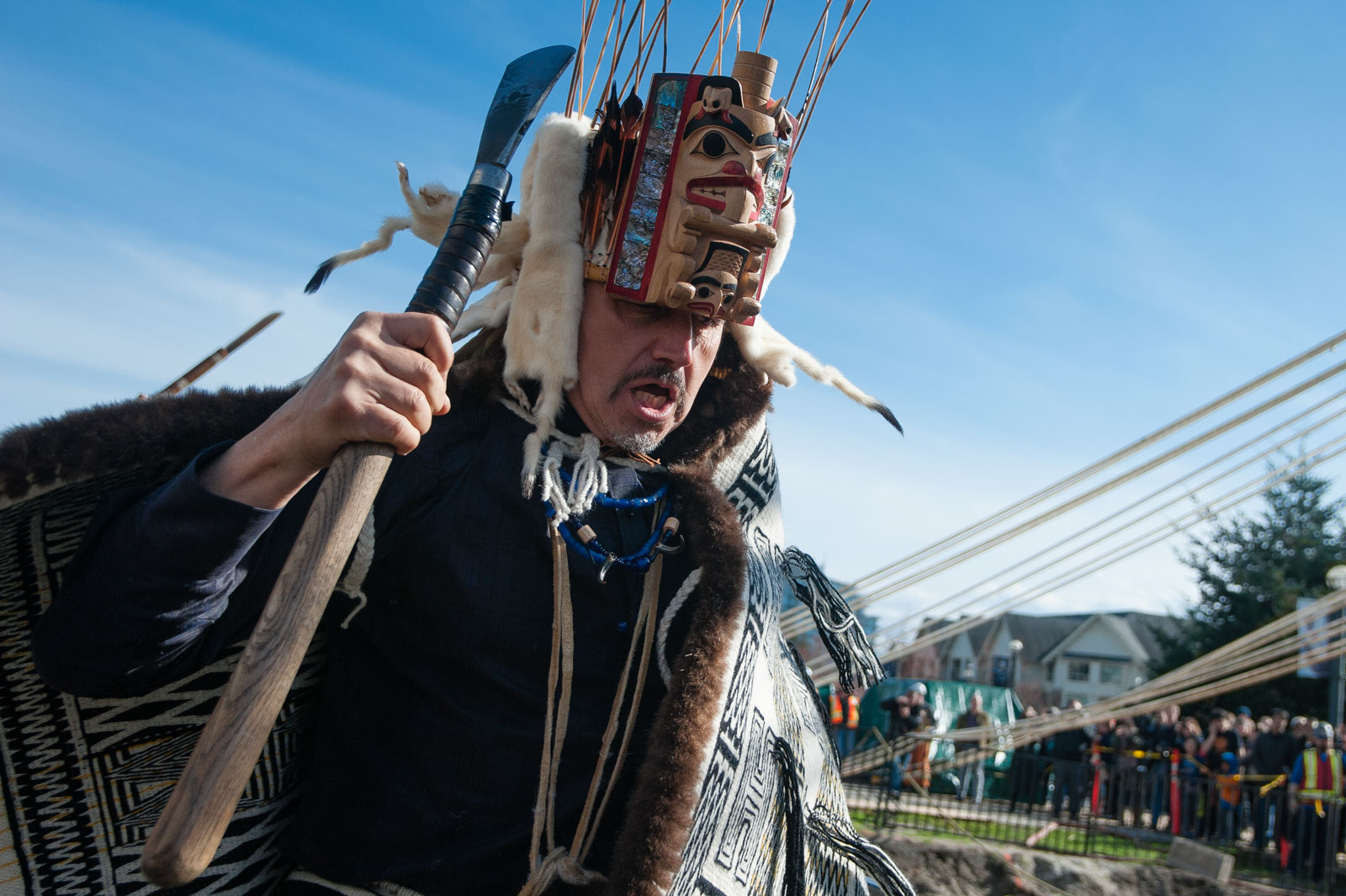 James Hart at the event on Saturday. Patrick Gillin

The pole, said Hart, was inspired by the truth. In an interview with The Ubyssey after the pole was installed, he said, “I couldn’t bring the untruth forward. I have to stay with what I know so I could stand behind it.”

The bottom half of the pole represents “the before, meaning the way we thought about the world before residential schools.” There is imagery of the Indigenous creation stories and the spirit figures.

Above that, there is a depiction of the residential school buildings and children from each tribe surrounding the pole — Hart wanted to commemorate the children who were forced to attend the schools. 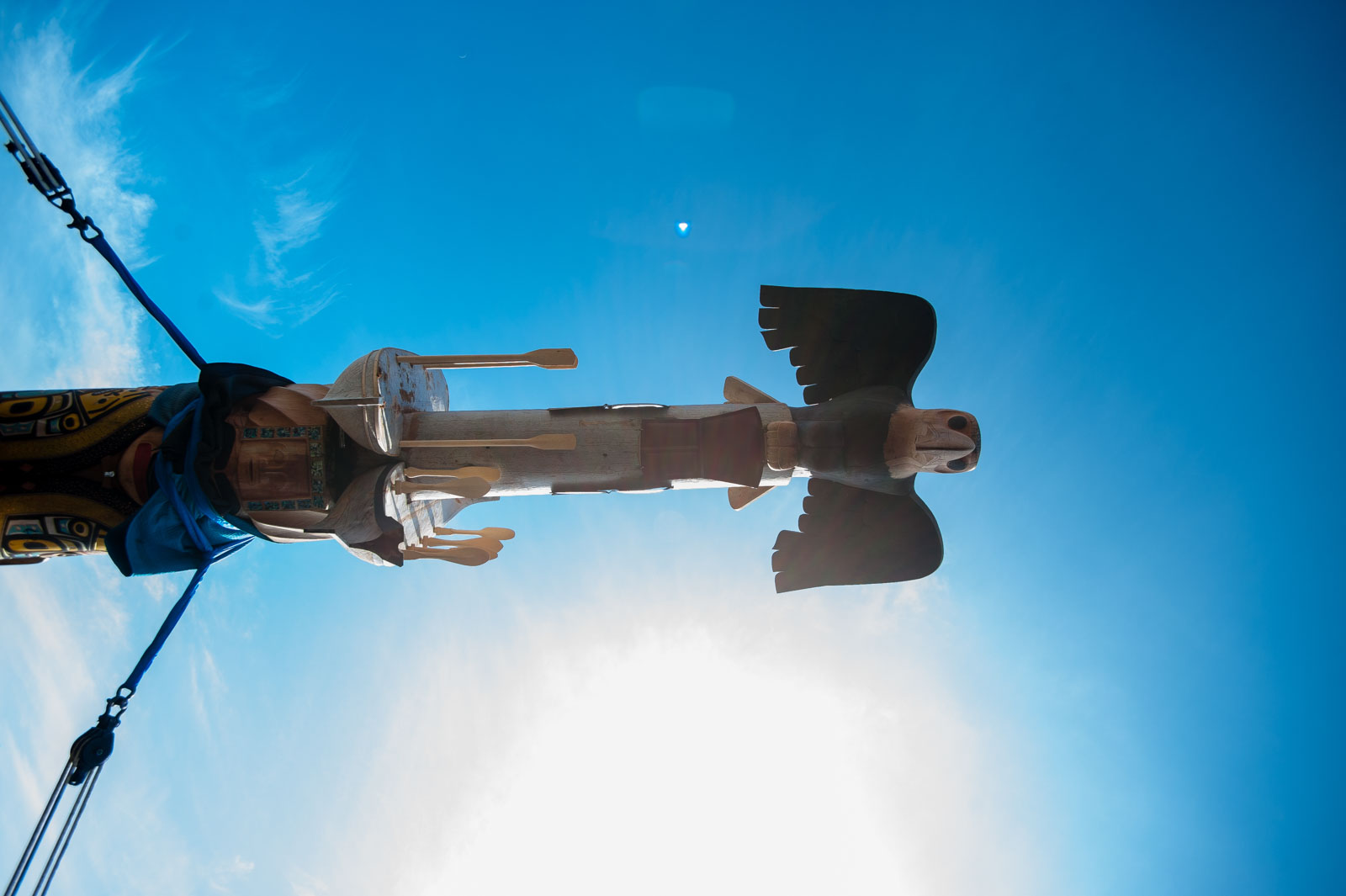 “If you look underneath the buildings, you’ll see skeletons made with the nails representing all of the skeletons of the things that went on,” said Hart. “I heard stories of them burying children in the basements of those schools.”

The top half of the pole represents the healing and strength of the Indigenous people, topped by an eagle to symbolize strength, unity and moving forward.

“The future is us moving forward. We want to have a say with Canada and with what’s going on, because we have lots to bring to the table and our people are getting stronger,” he said.

Hart will continue to fine-tune the details of the pole over the next few days. He said that he will also be adding a bronze disk depicting salmon at the base of the pole, to be created by Musqueam artists to pay respect to their land. 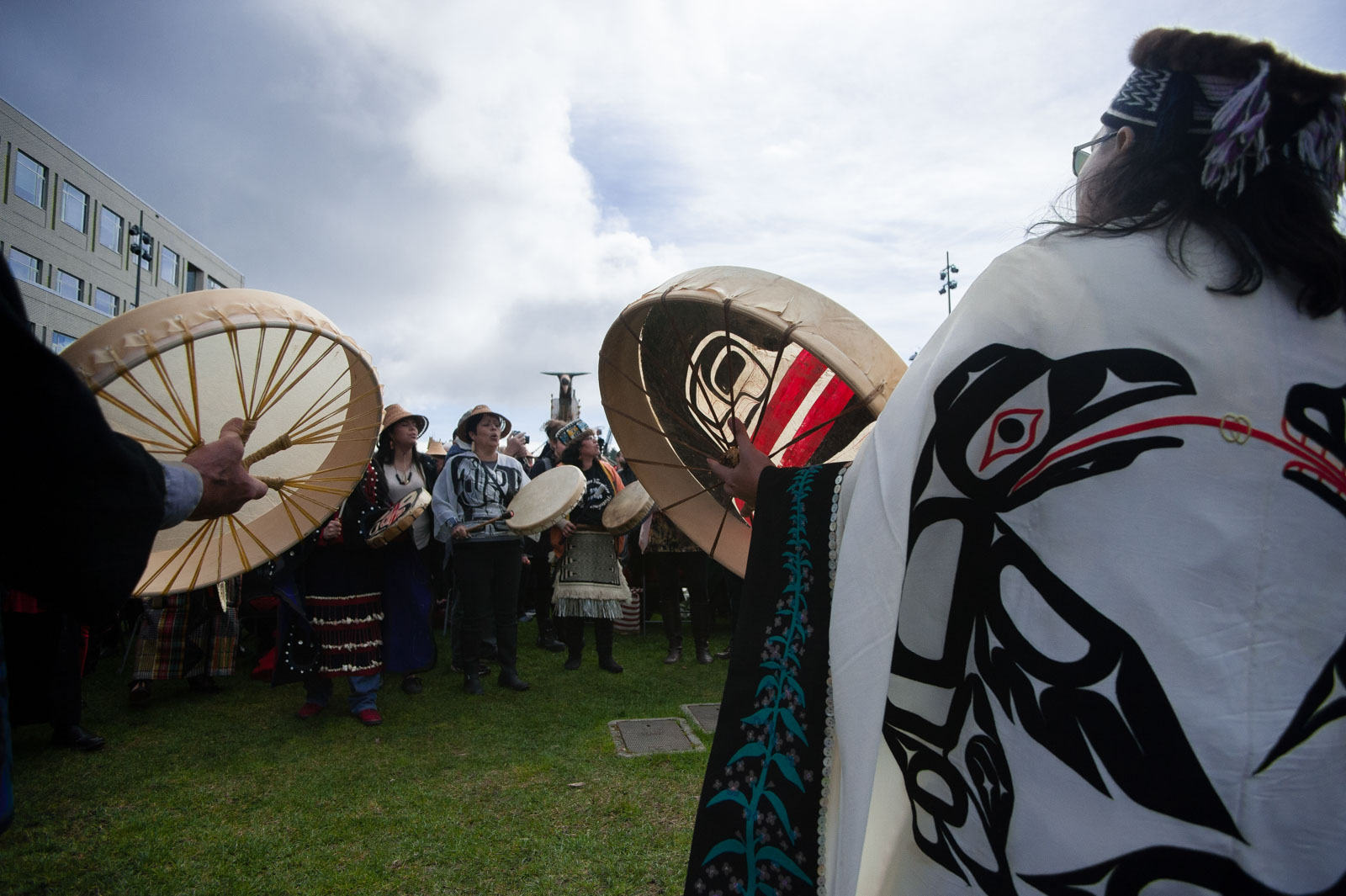 Jeanette Baker, an attendee of the installation ceremony and daughter of a residential school survivor, said that the pole was “heartwarming” to see because it shows that people will remember the history of the schools.

“Today is a good day. The sun is trying to pop out and it will — for all of us, of all different nationalities to witness this wonderful work,” she said.

And sunlight did break through by the time the reconciliation pole was raised, glinting off the thousands of copper nails in the pole — each one a reminder of one child who died at the residential schools.