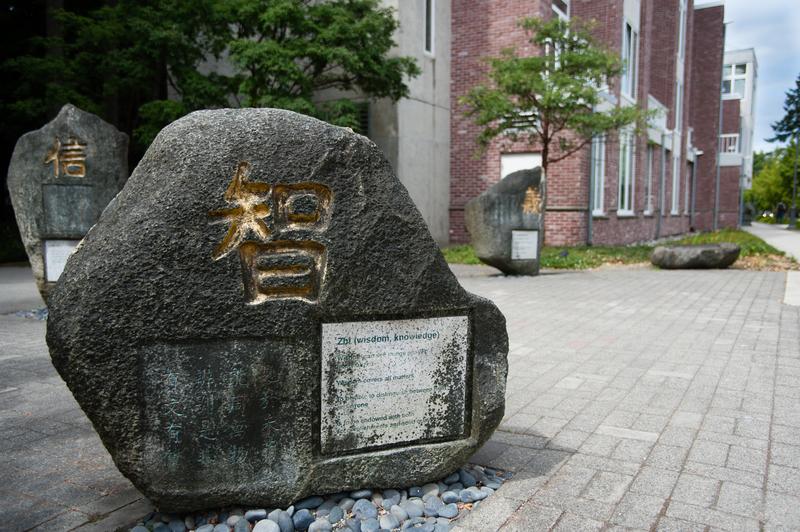 Starting this September, intensive Chinese language courses for non-heritage students — those with no previous Chinese exposure or knowledge of Cantonese — will no longer be offered. The cancelled courses include CHIN 134, CHIN 234, CHIN 334 and CHIN 338.

More importantly, according to instructor Xia Wei’s email to her students, the instructors were not consulted or directly informed about the discontinuation of the classes.

In April 2017, instructors Xia Wei and Joan Yang received contract termination notices from Dr. Ross King, the head of the department of Asian studies, which stated that their contract would not be renewed after August 2017.

Shortly after, the two instructors found out — through students and other colleagues instead of a formal announcement — that the classes they had been teaching for over the past 15 years were being cancelled.

“So far no reason has been provided for our job termination,” Wei wrote in an emailed response, “and no one in the department has explained to us why the intensive courses are to be cancelled.”

Based on testimonies from past students, the reason does not seem to revolve around the courses’ content. Furthermore, according to the website Rate My Professors, both Yang and Wei’s scores for their overall teaching quality hover around 4.5 out of 5.

“I’ve been in university in one form or another for about 8 years [and] these courses were easily the best courses I took across my entire academic career,” said John Bagnas, an arts student who took Yang’s class in the 2015 winter session.

Their intensity was also expected and viewed as an asset by students.

“It’s two hours, four days a week. Of course it’s going to be straining and difficult,” said Jordan Lee, an arts student who took Wei’s classes in the 2016 winter session. “But the reward in the end is when you are able to understand the lectures in exclusively Mandarin and have reached a comfortable conversational level, it’s definitely 100 per cent worth it.”

The only problem that the instructors could recall with these courses occurred during fall 2016. There was a new curriculum change in the program, where students could take exams and quizzes through their personal computer — learning the Chinese character’s stroke order was therefore no longer needed.

Yang and Wei, among other instructors, did not agree with this change.

“To avoid being further disciplined, we were forced to implement the new curriculum which we think will impact the student’s learning outcomes and damage the integrity of our Chinese program.” Wei wrote in an emailed response.

They continued to follow the curriculum closely, while a grievance case regarding a breach of their academic freedom went to the Faculty Association.

In solidarity with their instructors, past students have written emails to the Acting Head of Department Dr. Joshua Mostow — as well as other relevant UBC officials, such as the Provost — requesting a reconsideration to the cancellation of these courses.

These letters have also brought attention to the values that will be lost to non-heritage students, such as the ability for non-Mandarin speakers to use the vast resources offered by the Asian library. Without these courses, the resources available become limited.

In an emailed response to one alumni — Glynnis Kirchmeier, a graduate history student — Mostow wrote that “factors such as enrolment numbers, equity issues across courses in the program, and balance with other language programs in the department all played a role in the decision.”

Kirchmeier disagreed with this reasoning, especially regarding the issue of equity.

“I knew some historians of China who already spoke Chinese who had connections to the languages program,” she said. “They said that there was an imbalance, that it was too heavily weighted to the heritage speakers and there needed to be more resources allocated to beginners in general.”

The issue of balance could also be questioned when the intensive courses only had one section per term available to a maximum capacity of 25 students.

The department has declined to be interviewed for this article in favour of issuing a brief statement by Mostow.

“The Department of Asian Studies is one of the strongest programs of its kind in North America. Like all departments at UBC, Asian Studies assesses curriculum annually to enhance the student learning experience, respond to enrolment pressures and effectively allocate teaching resources. The decision to cancel the courses reflected chronic under-enrolment in those courses.”