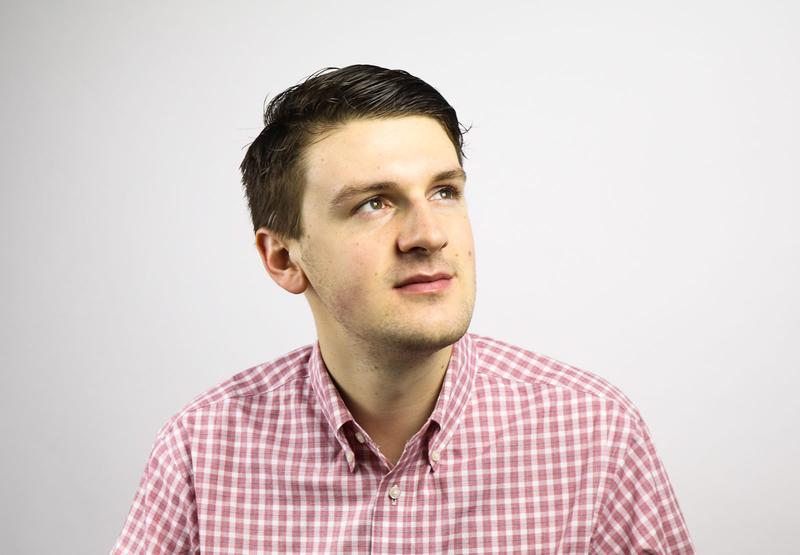 Jakob Gattinger has officially been replaced by Max Holmes as the AMS VPAUA. Joshua Medicoff

With Elections Administrator Filza Raza’s presentation on the official by-election results at the September 27 AMS Council meeting, Jakob Gattinger has officially been replaced by Max Holmes as the AMS VP Academic and University Affairs (VPAUA).

“I think it’s been great, to be honest,” Gattinger said about his experience in the role. “There’s been some challenges — the first couple weeks not being here and the last couple of weeks once school started — but I think we got through it all.”

His office was also able to make tangible progress of varying degrees on objectives that were outlined in an interview with The Ubyssey at the beginning of his term — standardizing the Academic Experience Survey (AES), streamlining tuition consultation and identifying priorities for the Excellence Fund’s allocation.

Given the AES’s price tag of $10,000, there is a constant drive to make it more effective at capturing student issues and interests. Since it has gone through different iterations since its start in 2012, the solution now comes in the form of standardizing the survey’s questions.

According to Gattinger, general topics like student’s overall level of satisfaction will remain a constant every year, while more specific issues like housing or transit will not unless needed. Questions relevant to only the operations of the AMS — such as club’s satisfaction with booking processes or the quality of food outlets — will be featured in a different survey instead.

Small survey items that only focus on individual aspects of the society will be cut altogether.

“We realize that we’re getting lost in the noise of campus where there are all these problems — surveys all the time,” he said. “So we’re trying to cut down on that.”

Accordingly, an internal policy has been developed to manage surveys conducted by the AMS. In particular, it mandates that the society keeps to two surveys every year — the AES, which is now rebranded as an advocacy survey, and the AMS’s operations survey.

This policy is currently still in the revision process, but is expected to be introduced to AMS Council in October for approval.

At the August 30 Council meeting, the internal policy on tuition consultation was approved, which outlines how the society would respond to a fee increase or creation proposal by UBC.

Gattinger noted that the policy was created as in response both to a recommendation from the AES and to the contentious consultation process around the School of Biomedical Engineering.

“Fees are becoming increasingly a problem,” he said. “This is something that I brought with me from my time in the EUS because last year, we had some big problems with the biomedical engineering proposal. I think this is what inspired me and [Board of Governor representative] Jeanie [Malone] at the time to write the report proposing to AMS Council saying ‘hey, we can do [tuition consultation] a lot better.’”

At the same time, he hopes that the AMS can leverage this internal policy to motivate UBC to revise Policy 71, which governs tuition and mandatory fees consultation from the university side.

While there are other issues, Gattinger expressed his main concern to be the clause that allows for a “simplified consultation process” when “a proposed increase to tuition or mandatory fees is at or below the higher education price index,” which is around two per cent.

“That has previously resulted in the AMS being unable to give adequate feedback,” he said.

“I think that [the internal policy] would make asking for future VPAUA easier if there needs to be revision to Policy 71, which there probably should be. We can say that ‘we have committed to make this more streamlined on our end, can you give a little bit here too?’”

Since the Excellence Fund’s creation in 2016, this is the first year students will be involved in the allocation process of the fund, which is currently at approximately $18 million.

According to Gattinger, the AMS will soon be submitting their asks on student-focused areas — “exemplary student [recruitment],” “student retention” and “excellent student learning experience” — based on data from the AES and UBC’s undergraduate experience survey, amongst others.

Based on the budget provided to the society by UBC, their requests on these specific areas will be capped at approximately $5 million.

“Along the way, I wouldn’t expect for 100 per cent of what is eventually proposed to be adopted,” he said. “I think that is completely unrealistic, but when we have that conversation, I think it makes it so much easier for administrator and for us to have a very clear standing point of where we are.

“Where we are right now is trying to be more proactive with our advocacy instead of waiting for someone to come to us.”

Beyond these objectives, Gattinger further reported meeting with President Santa Ono along with the university’s other executives to provide the AMS’s input on UBC Strategic Plan.

“There are going to be opportunities to provide feedback — I can promise you that — so what I would suggest is to really push the idea of teaching as being something that can distinguish UBC,” he said.

More importantly to him, the Strategic Plan will be the most pressing issue for the new VPAUA, along with the Excellence Fund’s allocation, due to their short timeline before being implemented.

Nonetheless, Gattinger is optimistic about the AMS and the new VPAUA’s ability to support students.

“I’m positive about where the AMS is going, but I think it’s also important for me to to back away and give the [new VPAUA] their space and to let them do the job.”