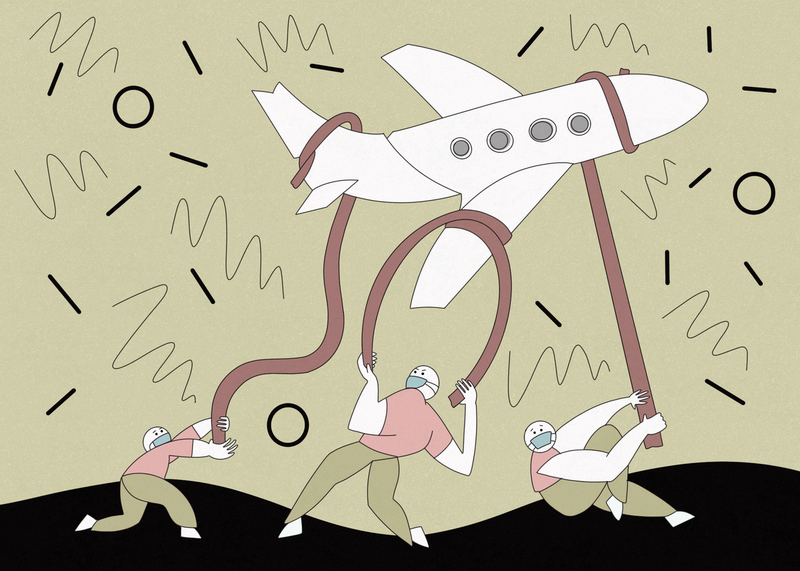 The government has not yet outlined the impact of the new restrictions on international students. File Maya Rodrigo-Abdi

Manan Shah, a third year from India, planned to fly to Vancouver in mid-February. Living at home, he had difficulties adjusting to the time zone difference, with his courses often held at inconvenient times.

His solution was to fly to Vancouver this month, when the tickets were sold at low-season prices. However, Shah’s plan was halted upon learning about the new mandatory hotel stay for all air travelers to Canada announced on January 29.

The new measure mandates that all non-essential air travellers take a COVID-19 test upon arrival and reserve a room at a hotel for three nights while awaiting their results. The measure would still be in effect regardless if the traveller’s mandated 72-hour pre-arrival test has turned out negative.

The hotel stay will be at the expense of the traveller, according to the Government of Canada. While the website does not specify how much it would be, the government has suggested the cost would be about $2,000.

If the result turns out positive, the traveller would isolate at designated government facilities. Otherwise, they would complete the rest of their mandated two-week quarantine at home.

The exorbitant travel costs led to Shah cancelling his flights.

“I did not want to pay $2,000 for a three-day stay and I would rather cancel my travel and stay here in India because I’d be saving so much money,” Shah said.

However, the government has not yet outlined the impact of the new restrictions on international students, but said that more details will be available in the coming weeks.

Currently, according to the government website modified almost a month ago, international students may travel to Canada as long as they have a study permit and the university they are attending is a designated learning institution with a COVID-19 readiness plan. However, this is not guaranteed and that the final determination will be made by a government official at the port of entry.

In the meantime, UBC is working with Universities Canada and the Bureau for International Education to minimize the impact of travel restrictions on international students.

Suderman could not confirm that international students would be exempt from the three-day requirement or the hotel costs, but said the university is conversing with the government “to see what is possible.”

“There is certainly an argument to be made that essential travellers might not be the intended target of the restrictions and, therefore, could be exempted outright,” she said.

However, if the new restrictions do not exclude international students, UBC will try to find ways to assist.

“We certainly would help if international students are not excluded from the change [and possibly see if] students would be allowed to self isolate at their institutions, which we believe would be healthier, safer, and much more welcoming environment proceedings, as well as being substantially less expensive,” said Suderman.