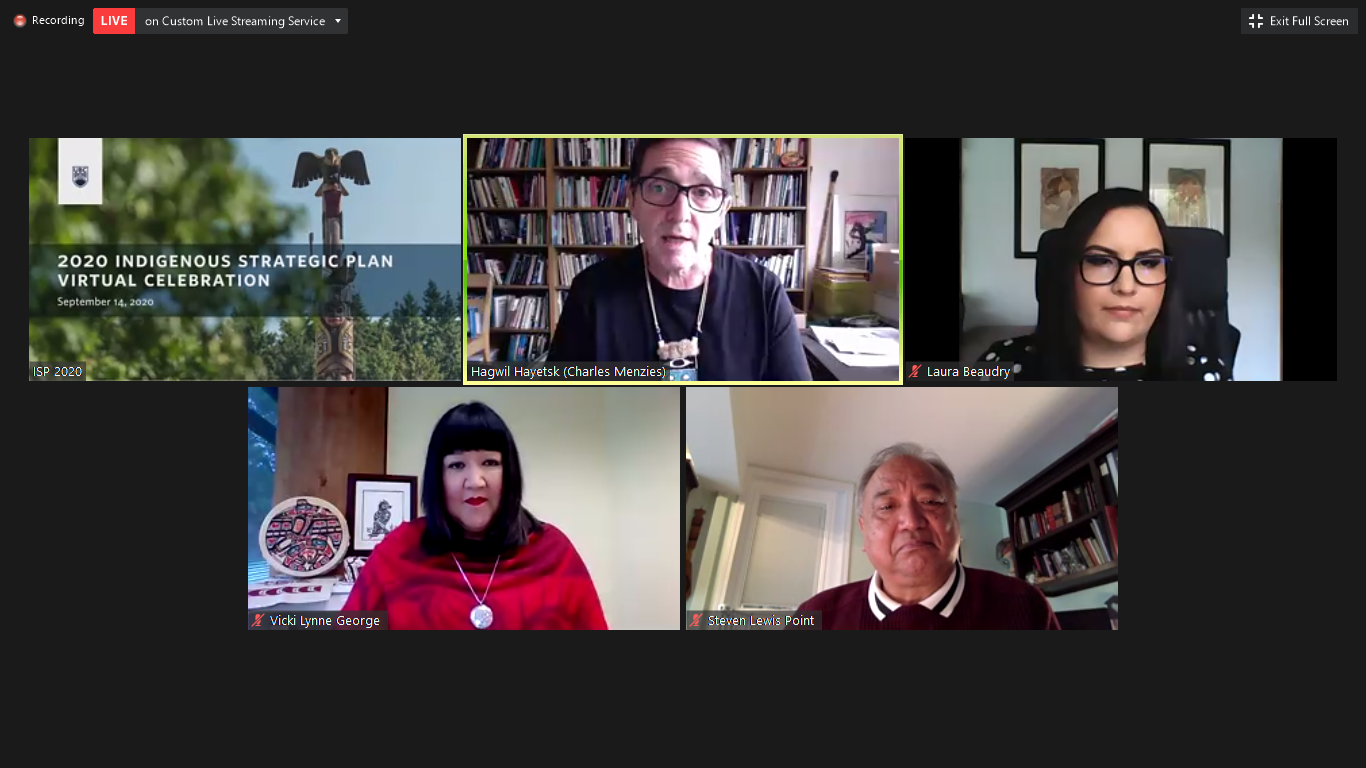 “Words aren’t enough, of course. All of this requires action and accountability.” Joey He

After years of development, UBC’s Indigenous Strategic Plan has been finalized — but there’s still work to be done.

With the finalization of the Indigenous Strategic Plan (ISP), UBC celebrated virtually that it is the first university in North America to implement the United Nations Declaration on the Rights of Indigenous Peoples (UNDRIP).

The ISP is a response to the Truth and Reconciliation Commission’s Calls to Action and the National Inquiry into Missing and Murdered Indigenous Women and Girls’ Calls for Justice.

The September 14 Zoom event featured members of UBC community members and a lineup of guest speakers.

Also in the lineup were Marion Buller, former chief commissioner of the National Inquiry into Missing and Murdered Indigenous Women and Girls, and Professor Kristen Carpenter, Council Tree Professor of Law and director of the American Indian Law Program at the University of Colorado Law School.

The plan consists of 8 goals and 43 actions UBC hopes will lead to the advancement of Indigenous rights on campus. 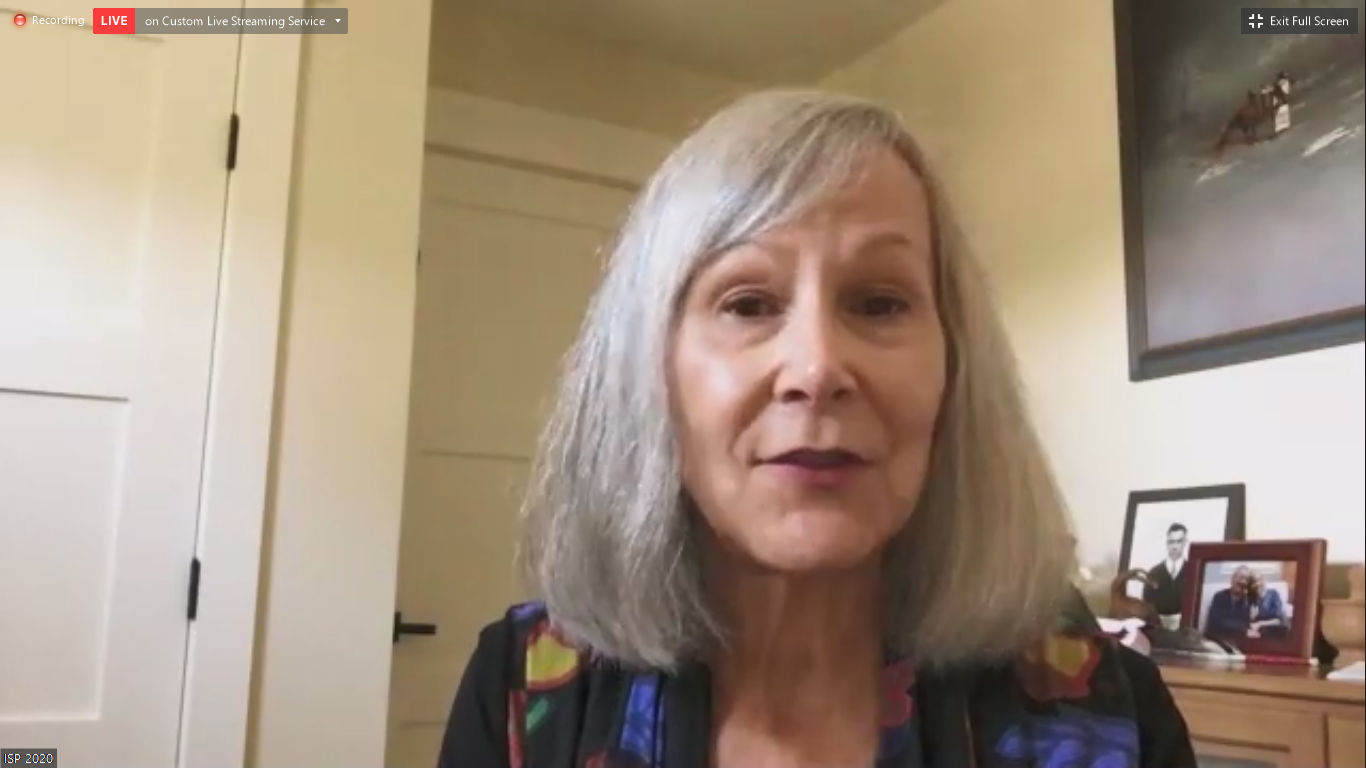 Marion Buller, former chief commissioner of the National Inquiry into Missing and Murdered Indigenous Women and Girls. Joey He

In an interview with The Ubyssey, Lightfoot made it clear she does not take personal credit for the ISP. While it feels “incredibly rewarding” for the development team to move from a long planning stage into an action stage, she said credit for the work belongs to the more than 2,500 students, staff, faculty and community members who provided input.

Responding to a question about what lies ahead for reconciliation, Lightfoot said short-term and long-term implementation steps are to come — some that will require sustained work over the next decade.

She explained the need for people to work collectively and hold one another accountable.

“Words aren’t enough, of course. All of this requires action and accountability,” said Lightfoot.

During the virtual event, President Santa Ono said that advancing Indigenous human rights is everyone’s duty and “not just a governmental responsibility.” 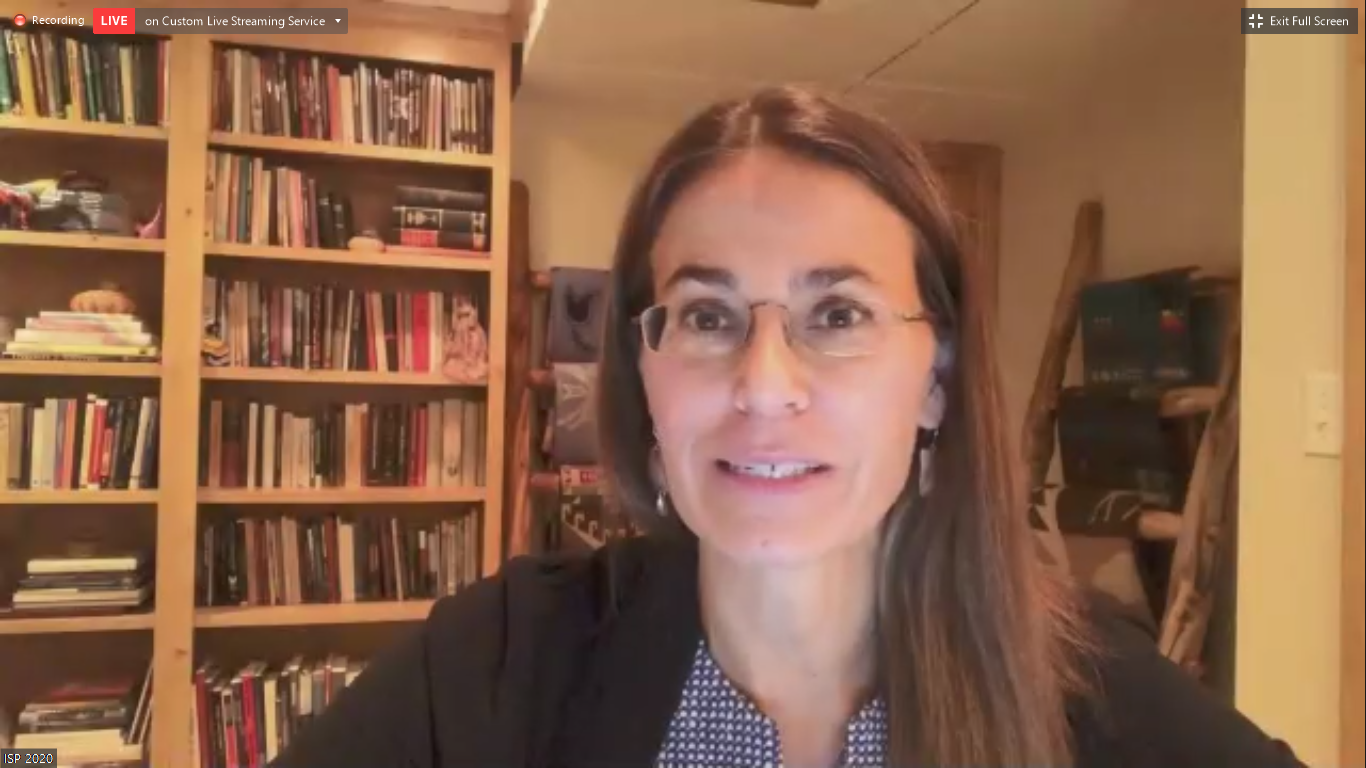 Kristen Carpenter, Council Tree Professor of Law and director of the American Indian Law Program at the University of Colorado Law School. Joey He

The first of its kind, the ISP has neither a template to reference nor guidelines to follow. Ono described the uniqueness of the plan as “daunting,” but he was confident in UBC’s ability to make progress on reconciliation.

Although speakers praised the plan’s historic nature, they stressed that it was only the beginning. Its finalization must be followed by increased efforts to embed the recommendations of UNDRIP into daily life at UBC.

“We can develop policy. We can have the rights recognized. But it’s the actions,” said Musqueam Indian Band Chief Wayne Sparrow. “It’s time to stop talking about it and let’s get down and get that work done.”

In the face of current crises such as climate change and the pandemic, ʔaʔsiwɬ Grand Chief Stewart Phillip of the Union of BC Indian Chiefs believes that it is more important than ever for people to come together. 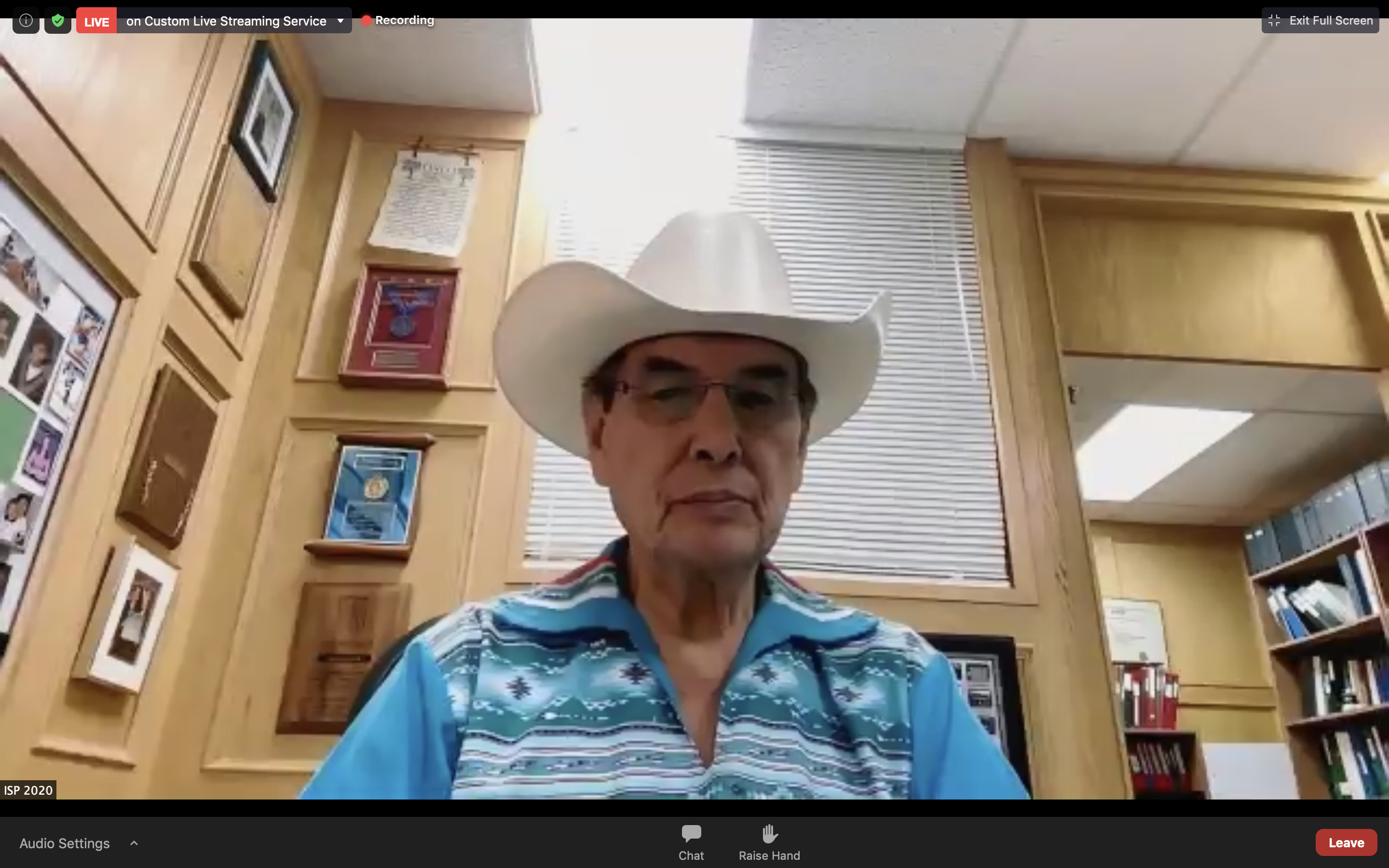 “While I’m encouraged by what’s going on across the country in terms of follow up and uptake on our report, there’s still a long way to go in terms of the need to focus on the calls to action,” added Grand Chief Wilton Littlechild, former Truth and Reconciliation Commission of Canada commissioner. He emphasized that widespread application of the commission’s Calls to Action is important for Indigenous communities to heal.

Answering a question about how the ISP can help decolonize the university, Vicki Lynne George, assistant director of the First Nations House of Learning, said a document is not enough to decolonize any institution and requires the expertise of Indigenous peoples.

“Our guidance and leadership are necessary in order to implement the ISP and move the dial on decolonization at UBC and beyond,” she said.

This article was updated to correct the spelling of Vicki Lynne George’s name.